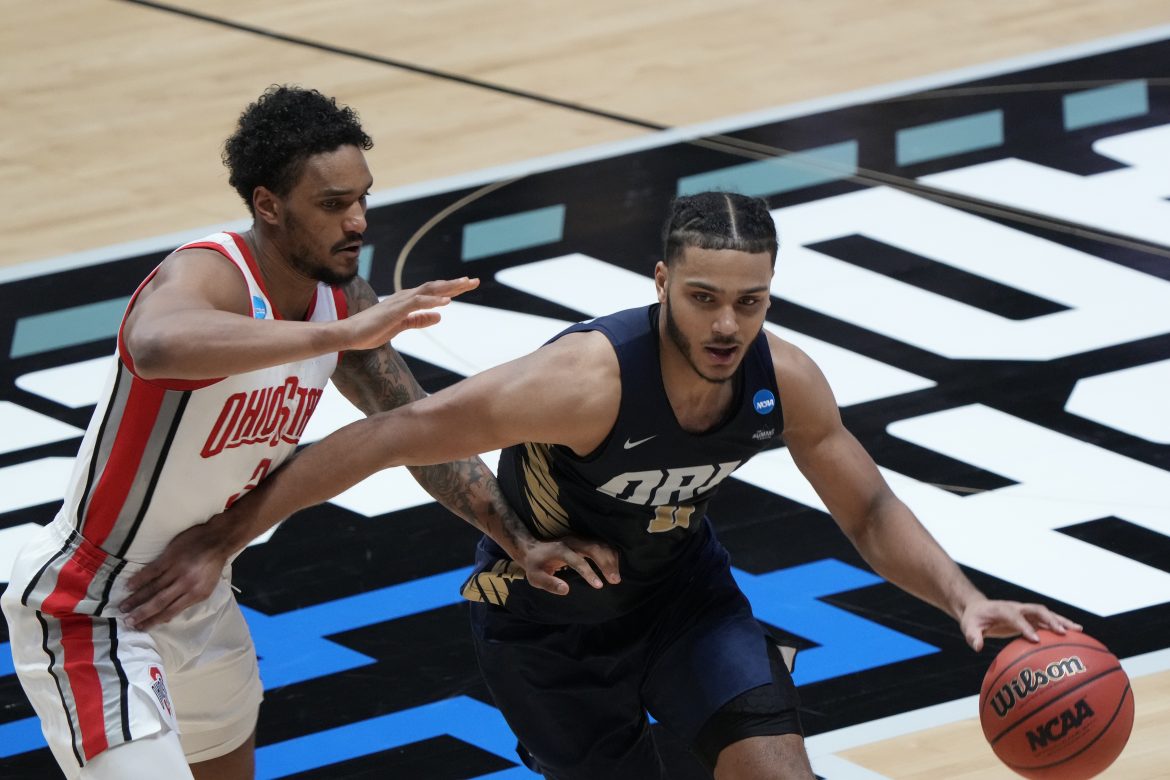 College basketball fans are witnessing an exciting opening weekend of March Madness after a year off due to the COVID-19 pandemic.  Fans witnessed several high profile upsets in the Round of 64 on Friday and Saturday in a tournament that is living up to it’s name. This year marked the first year in the history of the tournament that four teams seeded 13 or lower have advanced to the second round.

The upset special continued into the Round of 32 on Sunday.  Oral Roberts advanced to the Sweet 16 with another dramatic victory, this time over the 7th seed Florida Gators, 81-78.  The 8th-seed Loyola Chicago Ramblers, cheered on by their now-famous fan, the 101-year old nun Sister Jean Dolores Schmidt, conquered the 1st-seed Illinois Fighting Illini, 71-58.

In the last few years, Loyola and the loyal Sister Jean have become fan-favorites in the March Madness tournament. In 2018, the Ramblers advanced to the national semifinal round as an 11-seed.  Now, as an 8-seed, they are two wins away from another dramatic Final Four appearance.

The final day of the Round of 32 begins today at 12:10 pm EST, as the Oregon Ducks tip off against the Iowa Hawkeyes.  Eight games will commence throughout the day, with the final tip-off coming at 9:40 pm between the USC Trojans and the Kansas Jayhawks.

For fans of the underdog, this year’s tournament is shaping up to be one for the ages.