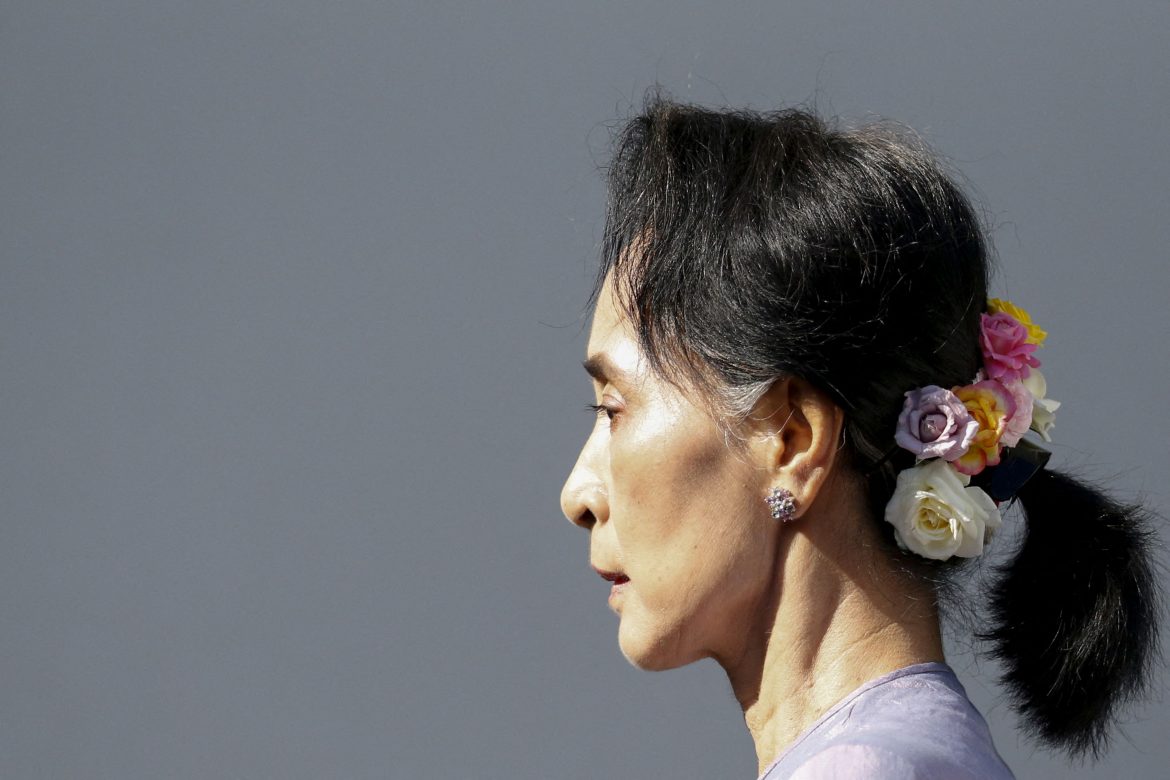 A court in military-ruled Myanmar on Monday sentenced ousted leader Aung San Suu Kyi to four years in jail on charges including possession of unlicensed walkie-talkies, a source familiar with the proceedings said.

The latest sentencing in legal proceedings that rights groups have criticized as a farce and a “courtroom circus” means she faces a six-year jail term after two convictions last month.

She is on trial in nearly a dozen cases that carry combined maximum sentences of more than 100 years in prison. She denies all charges.

Nobel laureate Suu Kyi, 76, appeared calm when the verdict was read out on Monday in a court in the capital, Naypyitaw, said another source with knowledge of the court proceedings.

Suu Kyi was detained on the day of the Feb. 1 coup and days later, police said six illegally imported walkie-talkies were found during a search of her home.

International human rights groups, the Norwegian Nobel Committee and the United States assailed the news, with U.S. State Department spokesman Ned Price calling the convictions “an affront to justice and the rule of law” and demanding the release of Suu Kyi and other political detainees.

The court handed her a two-year sentence for breaching an export-import law by possessing the handheld radios and one year for having a set of signal jammers. The two sentences will run concurrently, said the source.

She was also sentenced to two years on another charge of breaching a natural disaster management law related to coronavirus rules, the source said.

Myanmar has been in turmoil since the coup against Suu Kyi’s democratically elected government led to widespread protests and signaled the end of 10 years of tentative political reforms that followed decades of strict military rule.

On Dec. 6, she received a four-year jail sentence for incitement and breaching coronavirus rules.

That sentence, which was later reduced to two years, was met by a chorus of international condemnation.

The United States, along with other Western nations, has levelled sanctions against the Myanmar military and its businesses since the coup.

Rights group Amnesty International said on Twitter on Monday the new convictions were “the latest act in the farcical trial against the civilian leader.”

“The latest verdict against Aung San Suu Kyi is a politically motivated verdict. Aung San Suu Kyi continues to be the leading champion of democracy in Myanmar,” Berit Reiss-Andersen, the chair of the Norwegian Nobel Committee, told Reuters.

“The Nobel Committee is deeply concerned about her situation,” she added.

Suu Kyi’s supporters say the cases against her are baseless and designed to end her political career and leave the military free to wield power untrammeled by any challenge.

The junta says Suu Kyi is being given due process by an independent court led by a judge appointed by her own administration. A spokesman for the military council could not be immediately reached for comment.

The military has not disclosed where Suu Kyi, who spent years under house arrest under a previous military government, is being detained.

“The Myanmar junta’s courtroom circus of secret proceedings on bogus charges is all about steadily piling up more convictions … so that she will remain in prison indefinitely,” Phil Robertson, deputy Asia director for Human Rights Watch, said in a statement.