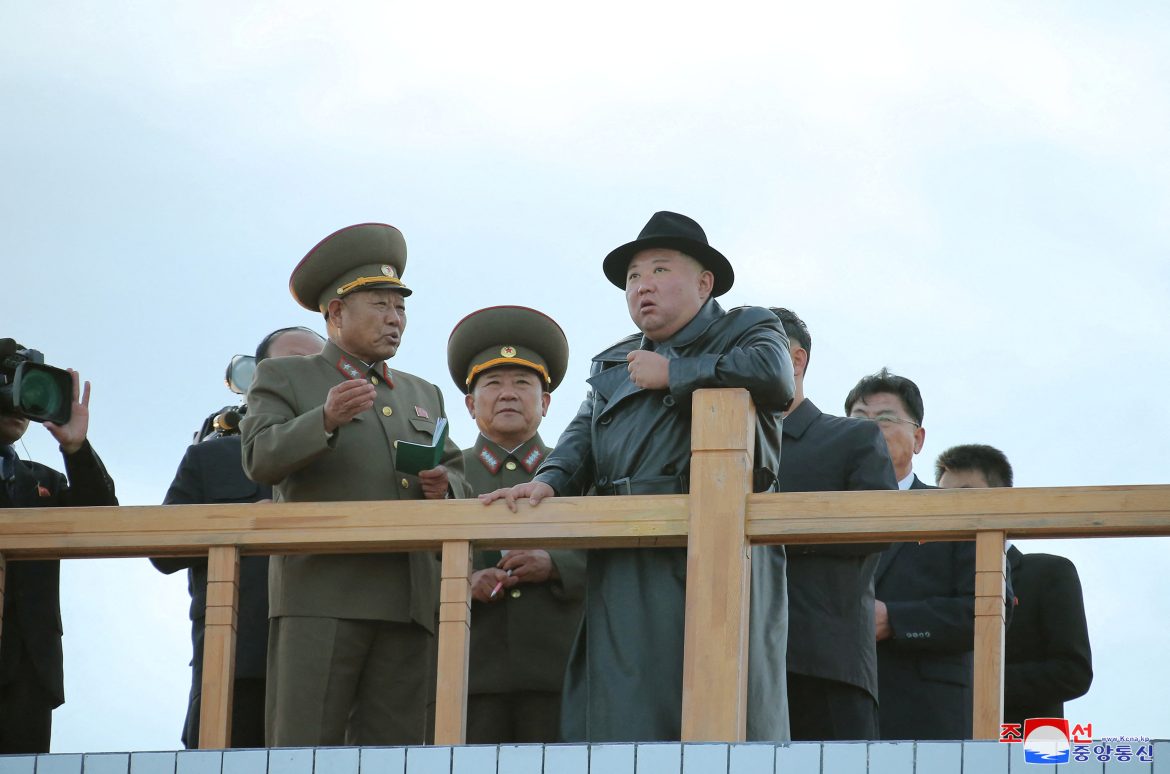 North Korea fired a short-range ballistic missile into the sea and hundreds of artillery rounds near the border with the South on Friday, South Korea‘s military said, the latest military activity by the nuclear-armed country amid heightened tensions.

South Korea‘s National Security Council (NSC) condemned the North for escalating tensions, calling its moves a violation of a 2018 bilateral military pact that bans “hostile acts” in the border area.

The JCS issued a warning to North Korea, urging it to stop provocations and escalating tension.

Yoon’s spokesman said that his government respected inter-Korean agreements, and that scrapping the 2018 military pact hinged on Pyongyang’s behavior.

The unprecedented frequency of North Korea‘s missile launches has raised concerns it may be preparing to resume testing of nuclear bombs for the first time since 2017. Some analysts do not expect any tests before neighboring China concludes a key ruling Communist Party congress, which begins on Oct. 16.

The U.S. Indo-Pacific Command said it was aware of the latest missile launch and “it does not pose an immediate threat”.

South Korea‘s JCS said the latest missile was launched at 1:49 a.m. on Friday from the Sunan area near North Korea‘s capital, Pyongyang, and flew about 435 miles to an altitude of 50 km at a speed of Mach 6.

Japan’s coastguard also reported the launch, which was at least the 41st ballistic missile test by the North this year.

The North fired some 390 artillery shells into the sea off its east and west coasts for two hours from 5 p.m., just hours after shooting another 170 rounds near the maritime border, the JCS said.

The JCS said the aircraft incident occurred for about two hours from 10:30 p.m. on Thursday, during which about 10 North Korean warplanes flew as close as 7 miles north of the sea border and 15 miles north of the Military Demarcation Line.

It said the South Korean air force “conducted an emergency sortie with its superior air force, including the F-35A”.

In its first unilateral sanctions since 2017, Seoul’s finance and foreign ministries singled out four officials at the North‘s military think-tank, and 11 at a trading company.

The flaring tension revived fears in South Korea of a potential provocation by the North.

Although there were no signs of panic among South Koreans, a Gallup poll released on Friday showed more than 70% of respondents said North Korea‘s missile tests threatened peace, the highest since the North‘s sixth nuclear test in 2017.

UK Christian doctor is allowed to continue praying with his patients