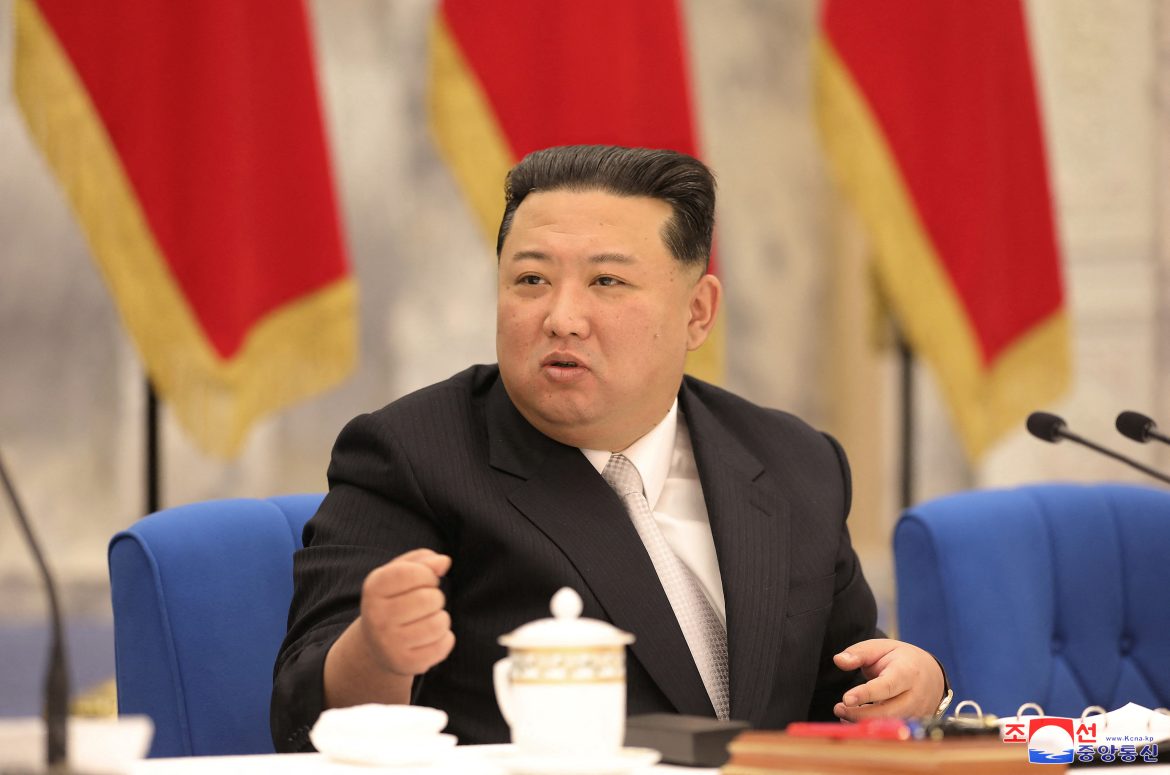 North Korean leader Kim Jong Un ordered a strengthening of the country’s defence capabilities as he wrapped up a key meeting with top military officials, state media said on Friday, raising concerns about its possible addition of tactical nuclear weapons.

The meeting has been closely watched due to growing speculation that Pyongyang could conduct its first nuclear test in five years, which U.S. and South Korean officials have said could take place at “any time” now.

During the meeting, North Korea made a rare mention of revising its war plans, and said it had decided to bolster the operational duties of its frontline units with “an important military action plan.”

KCNA did not elaborate on the plan, which apparently targets South Korea, analysts said.

“North Korea could have added the possible use of tactical nuclear weapons in its new operation plans given the use of the term war deterrent which it uses to refer to nuclear capabilities,” Hong Min, a senior fellow at the Korea Institute for National Unification in Seoul, said.

KCNA on Thursday released a photo of the North’s top officials in a meeting with a map of what appeared to be the east coast of the Korean Peninsula, where South Korea’s nuclear power plants are located.

The KCNA report did not directly mention North Korea’s nuclear or ballistic missile programme, but it said Ri Pyong Chol, who has been leading the North’s missile development, was elected as vice-chairman of the Party Central Military Commission.

“Given Ri’s symbolic position in the North’s nuclear advancement process, the election demonstrates its will to accelerate the development of strategic and tactical weapons,” the Korea Institute’s Hong said.

An official at Seoul’s unification ministry handling inter-Korean affairs said Pyongyang appeared to have intentionally disclosed the photo, and is likely to step up threats against the South down the road.

In April, Pyongyang test-fired a new type of tactical guided weapon aimed at “drastically improving the firepower of the frontline long-range artillery units and enhancing the efficiency in the operation of tactical nukes.”