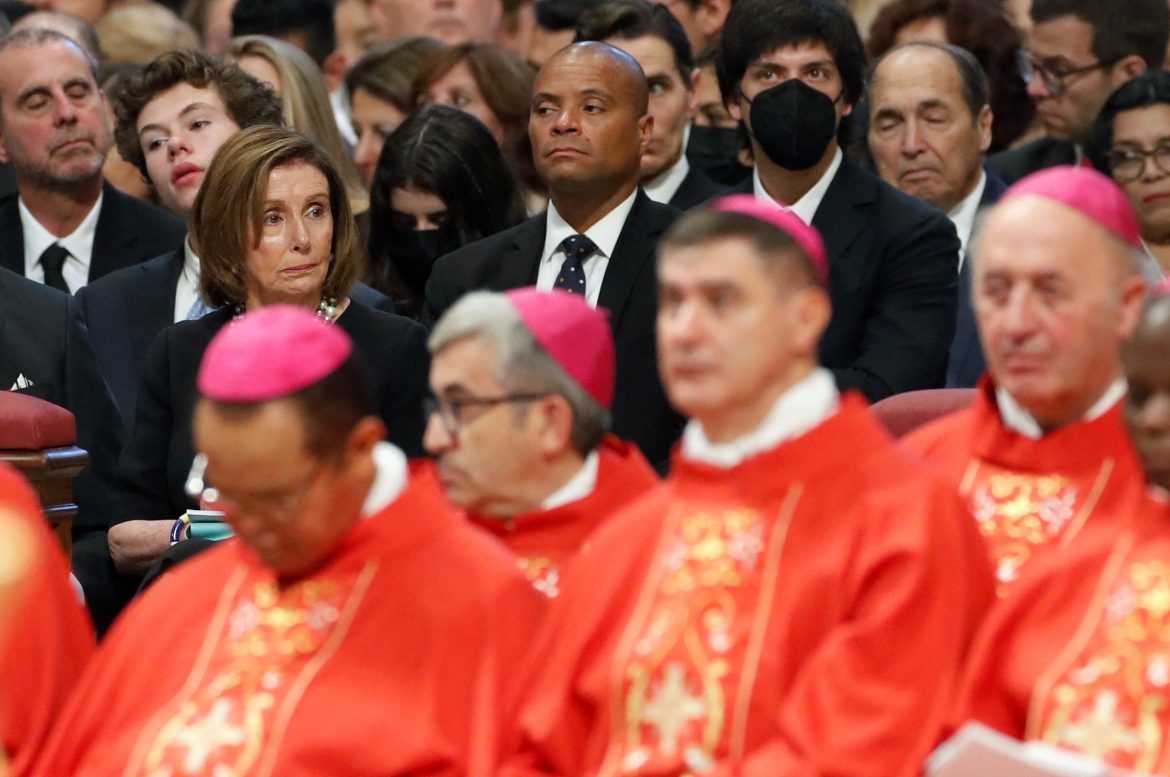 Earlier this year, FISM News reported on the bold stance taken by San Francisco Archbishop Salvatore Cordelione, who presides over the archdiocese of Speaker of the House Nancy Pelosi. Cordelione had previously condemned Pelosi for advocating for abortion both personally and politically despite Catholicism’s clear stance against the issue. He had publicly called her to either repent or renounce her faith and refuse the sacrament of communion.

On May 20, Cordileone said, in part, “(Pelosi) is not to be admitted to Holy Communion unless and until she publicly repudiates her support for abortion ‘rights’ and confesses and receives absolution for her cooperation in this evil.”

On Wednesday, however, Pelosi found a loophole in the capital city of the Catholic Church. While in Rome to meet with Pope Francis, she attended mass in St. Peter’s Basilica and received the sacrament of communion, despite her repeated efforts to make abortion accessible and available in the United States with little to no restraint.

Speaker Nancy Pelosi met with Pope Francis on Wednesday and received communion from a Vatican priest. Conservative U.S. bishops like Pelosi's hometown priest have said they will deny her the sacrament until she stops publicly supporting abortion rights. https://t.co/G2izikP0LW pic.twitter.com/KQXWcm91cz

Though Pelosi did not receive the sacrament from the pope himself, many conservative Catholics will no doubt be outraged at the Holy Father for his refusal to acknowledge and call to account Pelosi’s complicit sin.

Sources said the pope, confined to a wheelchair, instead gave Pelosi a blessing.

Francis has previously espoused a form of universalism regarding the sacrament of communion. He said, “The liturgy does not say ‘I’ but ‘we,’ and any limitation on the breadth of this ‘we’ is demonic.”