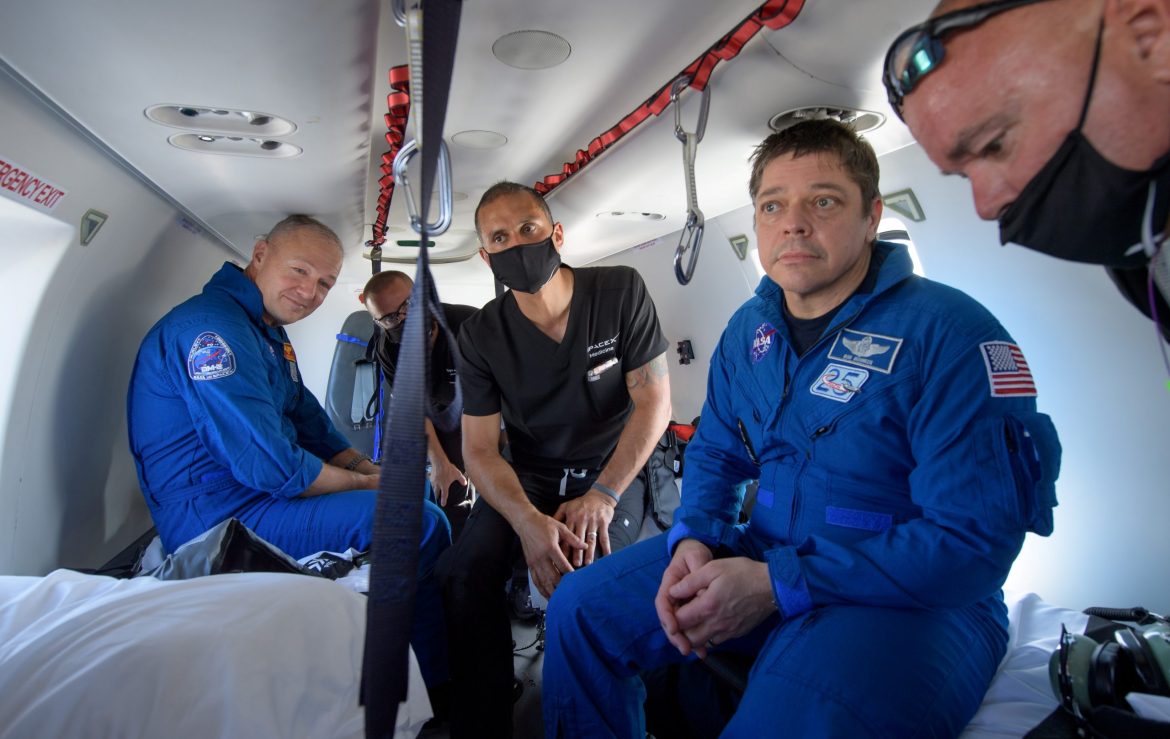 U.S. astronauts Bob Behnken and Doug Hurley, who flew to the International Space Station in SpaceX’s new Crew Dragon, landed in the Gulf of Mexico. The two returned after a two-month voyage that was NASA’s first crewed mission from home soil in nine years.

The successful splash-down, the first of its kind by NASA in 45 years, was a final test of whether SpaceX Chief Executive Elon Musk’s spacecraft can transport astronauts to and from orbit — a feat no private company has accomplished before.

Despite Coast Guard restrictions and safety risks, spectators in private boats surrounded the splash-down site dozens of miles from shore as SpaceX and NASA recovery teams used a crane to hoist the spacecraft out of the water.

NASA administrator Jim Bridenstine said the successful mission marked “a new era of human spaceflight where NASA is no longer the purchaser, owner and operator of all the hardware” but one of many future customers of space travel.