NASA Due To Resume Human Spaceflight From U.S. Soil With SpaceX Florida Launch 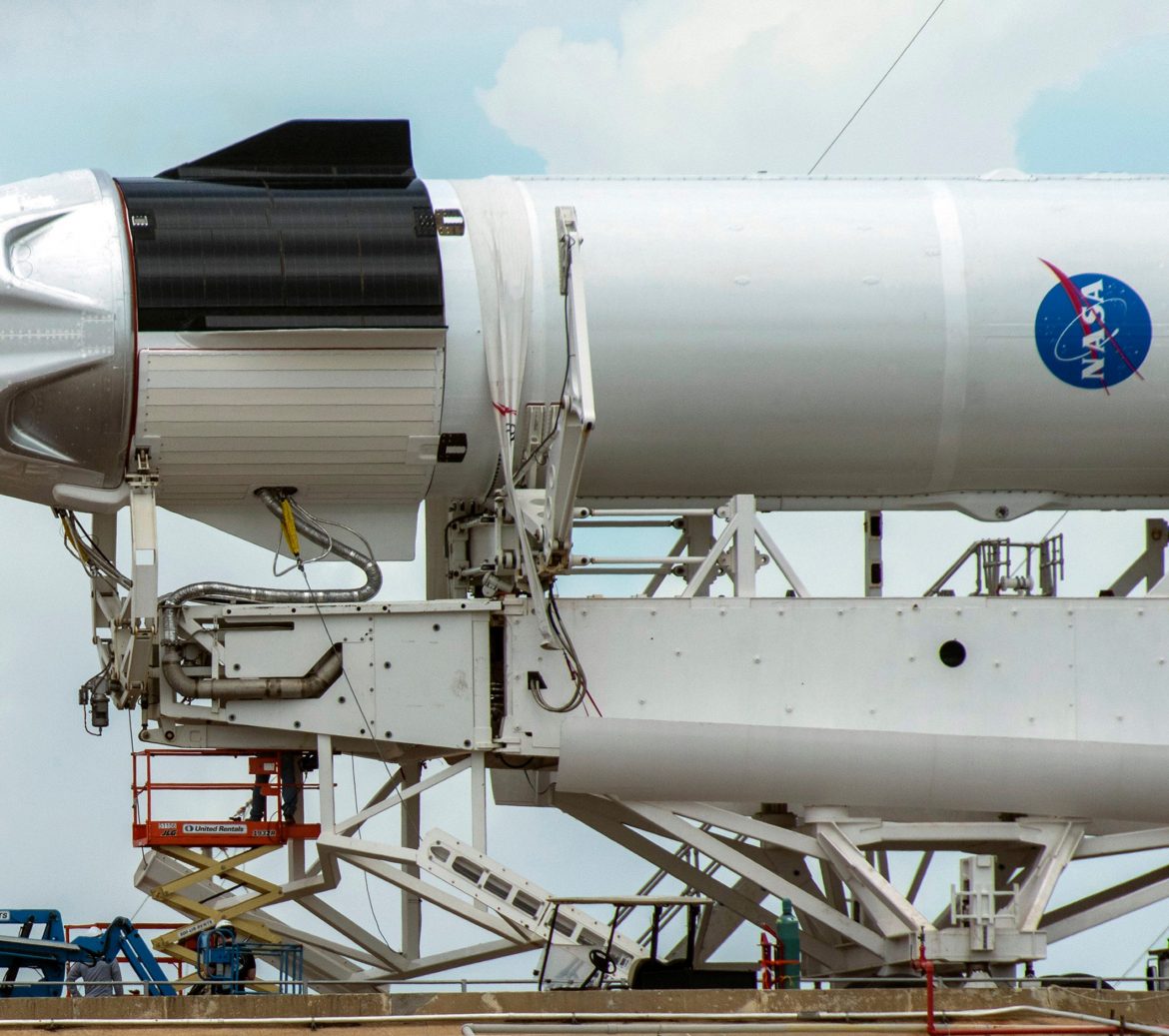 SpaceX, billionaire entrepreneur Elon Musk’s private rocket company, was scheduled to launch two Americans into orbit on Wednesday from Florida on a mission that would mark the first spaceflight of NASA astronauts from U.S. soil in nine years.

A SpaceX Falcon 9 rocket was due to lift off from the Kennedy Space Center at 4:33 p.m. EDT (2033 GMT), launching astronauts Doug Hurley and Bob Behnken on a 19-hour ride aboard the company’s newly designed Crew Dragon capsule to the International Space Station.

Prospects for an on-time liftoff hinged on the weather, with U.S. Air Force forecasters on Wednesday morning citing a 50% chance that thick clouds over eastern Florida could force a postponement. If that happens, the next launch window would be on Saturday afternoon.

The astronauts are scheduled to blast off from the same launch pad used in 2011 by NASA’s final space shuttle flight, piloted by Hurley. President Donald Trump and Vice President Mike Pence were scheduled to visit Florida’s Cape Canaveral to view the launch.

A successful mission would achieve NASA’s top priority, as articulated by agency chief Jim Bridenstine, of resuming launches of “American astronauts on American rockets from American soil.” Over the past nine years, NASA astronauts have had to hitch rides into orbit aboard Russia’s Soyuz spacecraft.

For Musk, Wednesday’s launch represents another milestone for the reusable rockets his company pioneered to make spaceflight less costly and frequent. It would also mark the first time that commercially developed space vehicles – owned and operated by a private entity rather than the U.S. space agency – have carried Americans into orbit.

The last time NASA launched astronauts into space aboard a brand new vehicle was four decades ago at the start of the shuttle program.

Musk, the South African-born high-tech entrepreneur who made his fortune in Silicon Valley, is also CEO of the electric carmaker and battery manufacturer Tesla Inc.

Hurley, 53, and Behnken, 49, are NASA employees under contract to fly with SpaceX. They are expected to remain at the space station for several weeks, assisting a short-handed crew aboard the orbital laboratory.

Aerospace giant Boeing Co, producing its own space launch vehicles in competition with SpaceX for NASA business, is expected to launch its CST-100 Starliner vehicle with astronauts aboard for the first time next year.

NASA has awarded nearly $8 billion combined to SpaceX and Boeing for the development of the rival space-launch systems.

Hawthorne, California-based SpaceX, founded by Musk in 2002 and formerly known as Space Exploration Technologies, has never previously flown humans into orbit, only cargo.

SpaceX successfully tested Crew Dragon without astronauts last year in its first orbital mission to the space station. That vehicle was destroyed the following month during a ground test when a valve for its in-flight abort system failed, causing an explosion.