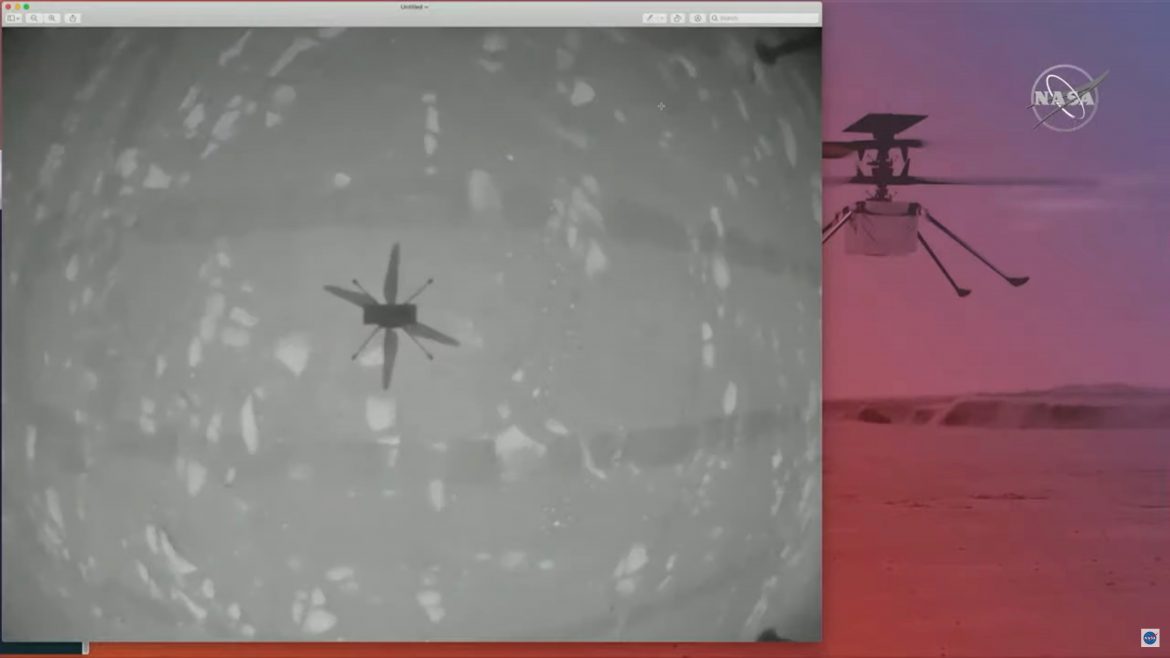 As NASA makes headway with space exploration to the moon under Project Artemis, they are continuing to make history on the red planet of Mars.

As announced in a press release on April 19, NASA completed the first-ever controlled helicopter liftoff and landing on the Martian surface. This marks the first takeoff, not just on Mars, but on an entirely different planet from Earth as well.

According to the release, the helicopter named Ingenuity “climbed to its prescribed maximum altitude of 10 feet (3 meters) and maintained a stable hover for 30 seconds.” The full flight is viewable in the video below:

Ingenuity was attached to the Perseverance rover, which touched down on Mars on February 18. The rover is responsible for the recording received above, but also acted “as a communications relay between the helicopter and Earth.” The helicopter took flight autonomously, as the immense distance between the planets meant that a person could not control the flight with a joystick from Earth in real time. There were other factors mixed into the uncertainty of the flight as well:

The Red Planet has a significantly lower gravity – one-third that of Earth’s – and an extremely thin atmosphere with only 1% the pressure at the surface compared to our planet. This means there are relatively few air molecules with which Ingenuity’s two 4-foot-wide (1.2-meter-wide) rotor blades can interact to achieve flight. The helicopter contains unique components, as well as off-the-shelf-commercial parts – many from the smartphone industry – that were tested in deep space for the first time with this mission.

A second test flight is scheduled in the next few days, as the Jet Propulsion Laboratory (JPL) team reviews the data it received from the flight. If this second test is also successful, the team “will consider how best to expand the flight profile.”