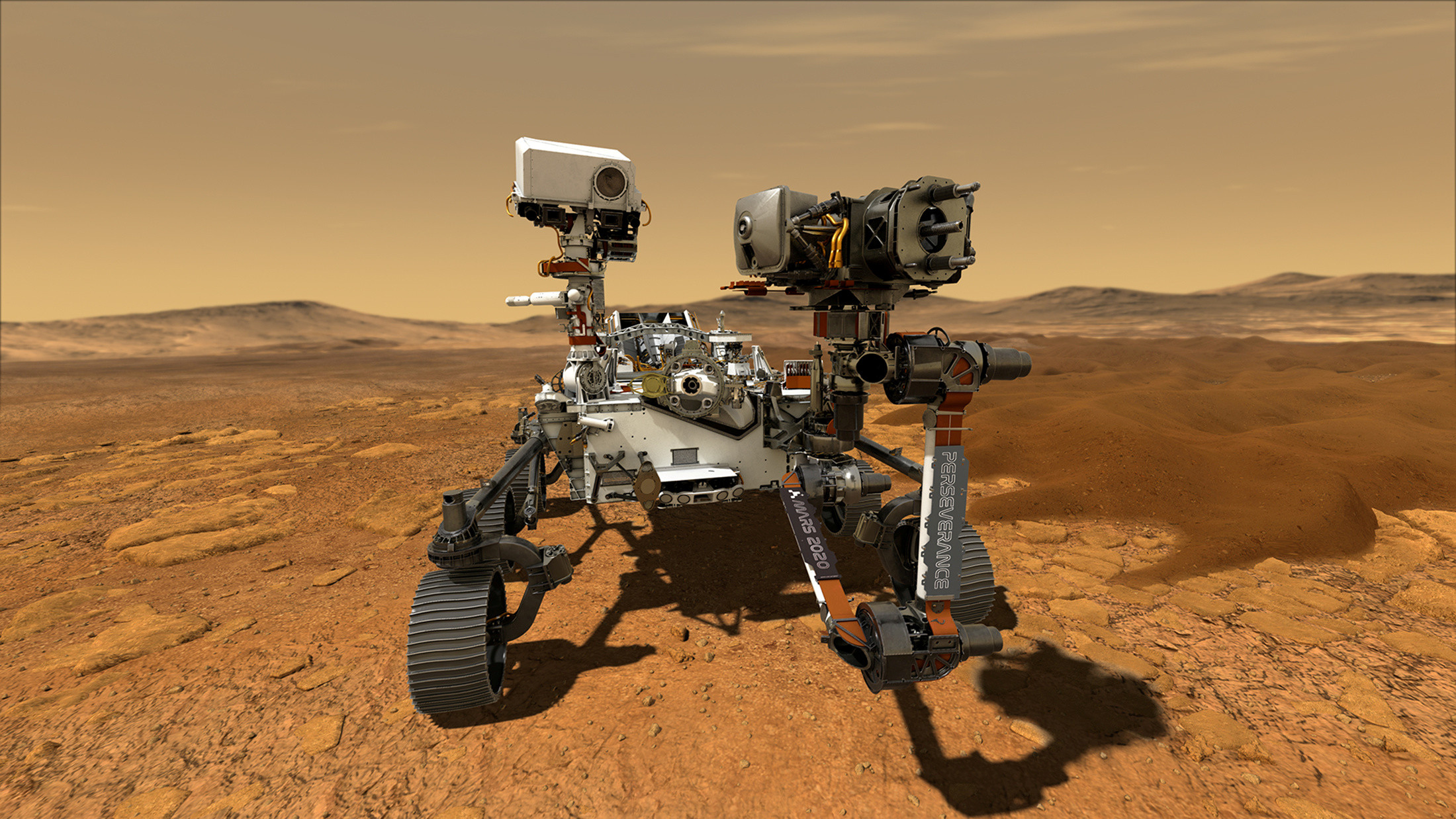 NASA scientists held their breath yesterday as their most technologically advanced rover, the Perseverance, entered the Martian atmosphere. The time it takes to reach the surface is referred to as the “seven minutes of terror,” with many crafts not surviving the journey. Those seven minutes are made even more agonizing at NASA due to the 11-minute communication delay between Earth and Mars. The rover must survive descent alone, barreling through the atmosphere at 12,000 miles per hour.

After several dread-inducing minutes, lead guidance and operations specialist, Swati Mohan, announced two victorious words:”Touchdown confirmed.” She then followed up with “Perseverance safely on the surface of Mars.”  Upon receiving radio signals confirming the rover had survived the journey, NASA’s Jet Propulsion Lab erupted into applause.

Touchdown confirmed. The #CountdownToMars is complete, but the mission is just beginning. pic.twitter.com/UvOyXQhhN9

Only moments after touchdown, Perseverance sent back its first picture. Besides cameras, the rover is also equipped with microphones to capture the sounds of Mars.

A small helicopter, named Ingenuity, hitched a ride with Perseverance on the trip to Mars.  NASA’s hope is that Ingenuity can take areal pictures, that is, if it can fly in the thin Martian atmosphere.

In addition to taking pictures and recording audio, Perseverance’s mission is to gather rock samples to be sent back to Earth for study. If successful, it will be the first time collected samples have been brought to Earth from another planet.

President Biden watched the NASA coverage at the White House. The President tweeted out his congratulations saying, “Today proved once again that with the power of science and American ingenuity, nothing is beyond the realm of possibility.”

Congratulations to NASA and everyone whose hard work made Perseverance’s historic landing possible. Today proved once again that with the power of science and American ingenuity, nothing is beyond the realm of possibility. pic.twitter.com/NzSxW6nw4k

NASA says Perseverance is its most ambitious Mars mission to date. It serves as the ninth NASA rover to land on the Red Planet and is the third craft to arrive on Mars this month behind probes sent by China and the UAE.

A Moment In History: Iwo Jima