NASCAR Steps Up Security Around Wallace After Noose Found In Garage 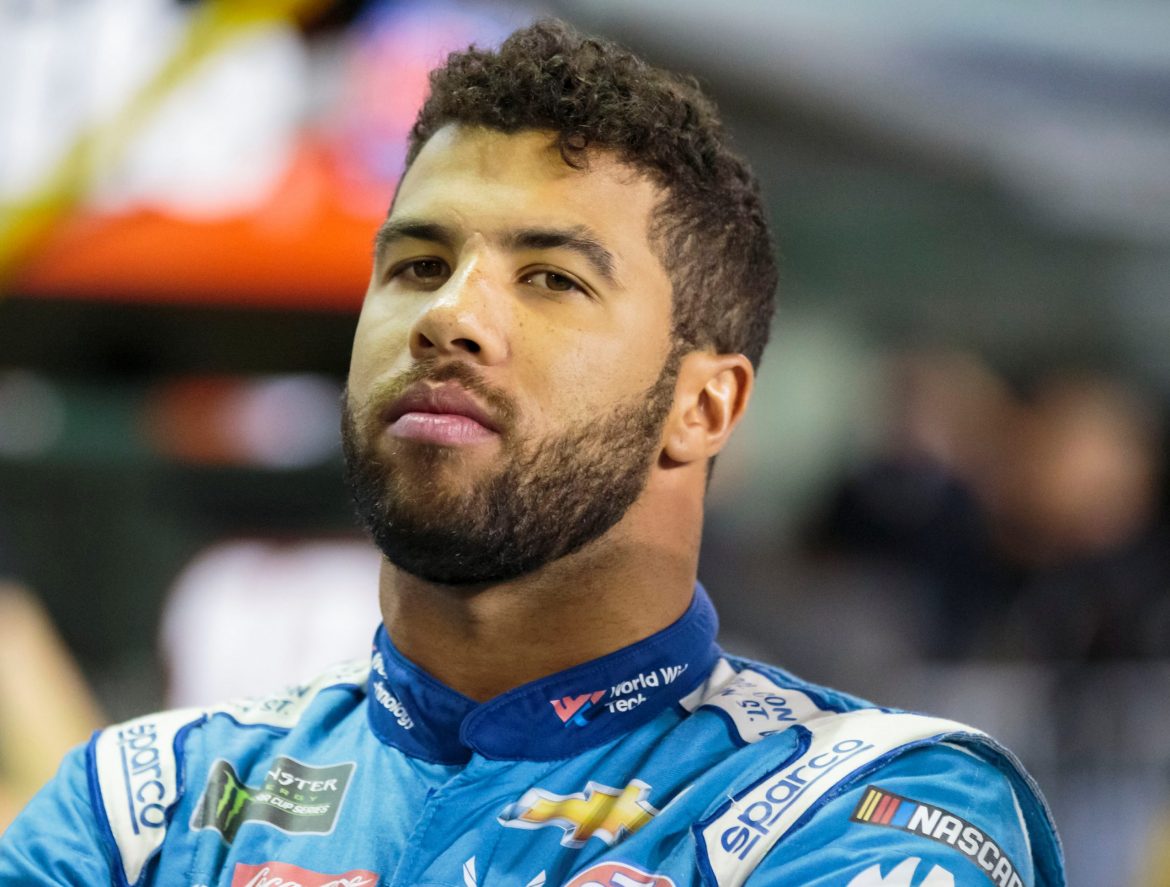 NASCAR has stepped up security around Bubba Wallace for the rain-delayed Geico 500 at Talladega Superspeedway on Monday after a noose was found in the driver’s garage.

The only Black driver in NASCAR’s top series and a vocal supporter of Black Lives Matter, Wallace was the target of a racial attack on Sunday when a noose, a symbol connected to lynching and America’s slave history, was left in his team stall.

“Unequivocally, they will be banned from this sport for life. There is no room for this at all and we won’t tolerate it.

“I don’t care who they are, they will not be here.”

The incident has put NASCAR on high alert for Monday’s race which was already operating under tight security due to the novel coronavirus outbreak. Only 5000 fans were allowed into the sprawling superspeedway and access to the infield and pit areas was also restricted.

Wallace was also one of the loudest voices in the push to have NASCAR remove the Confederate flag from its tracks.

Since the May 25 death of George Floyd, an Africa-American man who died after a white policeman knelt on his neck for nearly nine minutes, there have been calls to remove objects honoring the Confederacy, which defended slavery.

While some in the South see the flag as a source of pride and remembrance of its soldiers who died in the Civil War, many Americans see it as a symbol of oppression and of a dark chapter in American history.

In the wake of the nationwide protests against racism, NASCAR announced earlier this month that Confederate flags would be prohibited from all events and properties.

Despite NASCAR’s ruling, outside the Alabama track on Sunday there were still plenty of Confederate flags flying and merchandise for sale.Prior to the race, a small plane flew above the superspeedway with a banner of the Confederate flag trailing another that read “DEFUND NASCAR.”

Alabama Governor Kay Ivey on Monday condemned the act and apologized to Wallace, a native of Mobile, calling the 26-year-old “one of us”. “Racism and threats of this nature will not be condoned nor tolerated, and I commit to assisting in any way possible to ensure that the person responsible for this is caught and punished,” said Ivey in a statement.