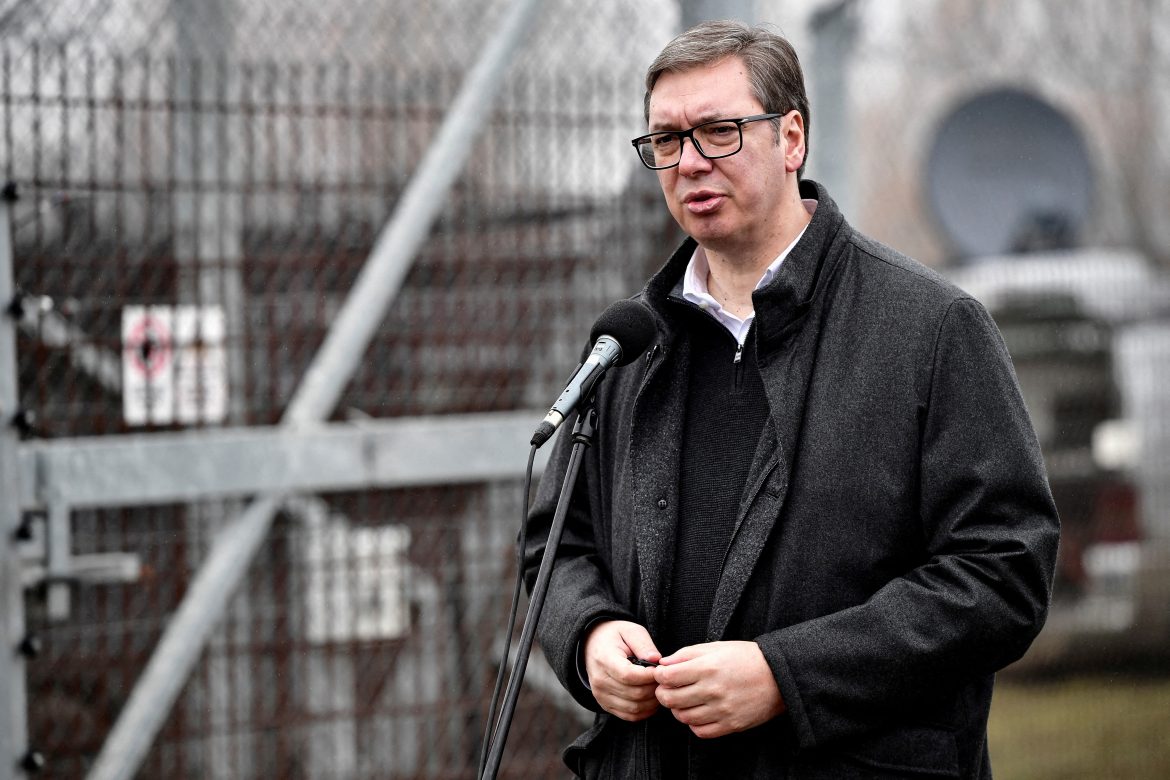 NATO’s mission in Kosovo, KFOR, has declined a Serbian government request to send up to 1,000 police and army personnel to Kosovo after clashes between Serbs and the Kosovo authorities, President Aleksandar Vucic said on Sunday.

“They (KFOR) replied they consider that there is no need for the return of the Serbian army to Kosovo … citing the United Nations resolution approving their mandate in Kosovo,” Serbia’s Vucic said in an interview with the private Pink television.

Last month, for the first time since the end of the war, Serbia requested to deploy troops in Kosovo in response to clashes between Kosovo authorities and Serbs in the northern region where they constitute a majority.

The U. N. Security Council resolution says Serbia may be allowed, if approved by KFOR, to station its personnel at border crossings, Orthodox Christian religious sites and areas with Serb majorities.

Vucic criticized KFOR for informing Serbia of its decision on the eve of the Christian Orthodox Christmas after Kosovo police arrested an off-duty soldier suspected of shooting and wounding two young Serbs near the southern town of Shterpce.

Police said both victims, aged 11 and 21, were taken to the hospital and their injuries were not life-threatening.

Kosovo authorities condemned the incident, which has inflamed tensions.

On Sunday, a few thousand Serbs protested peacefully in Shterpce against what they called “violence against Serbs”.

Goran Rakic, the head of the Serb List, which is the main Serb party in Kosovo, accused Kosovo Prime Minister Albin Kurti of trying to drive out Serbs.

“His goal is to create such conditions so that Serbs leave their homes,” Rakic told the crowd. “My message is that we must not surrender.”

Serbian media reported that another young man was allegedly attacked and beaten up by a group of Albanians early on Saturday, while media in Pristina reported that a Kosovo bus going to Germany through Serbia was attacked and its windscreen broken with rocks late that same day.

International organizations condemned the attacks, expected to deepen mistrust between majority ethnic Albanians and around 100,000 ethnic Serbs that live in Kosovo. Half of them live in the north and most refuse to recognize Kosovo’s independence.