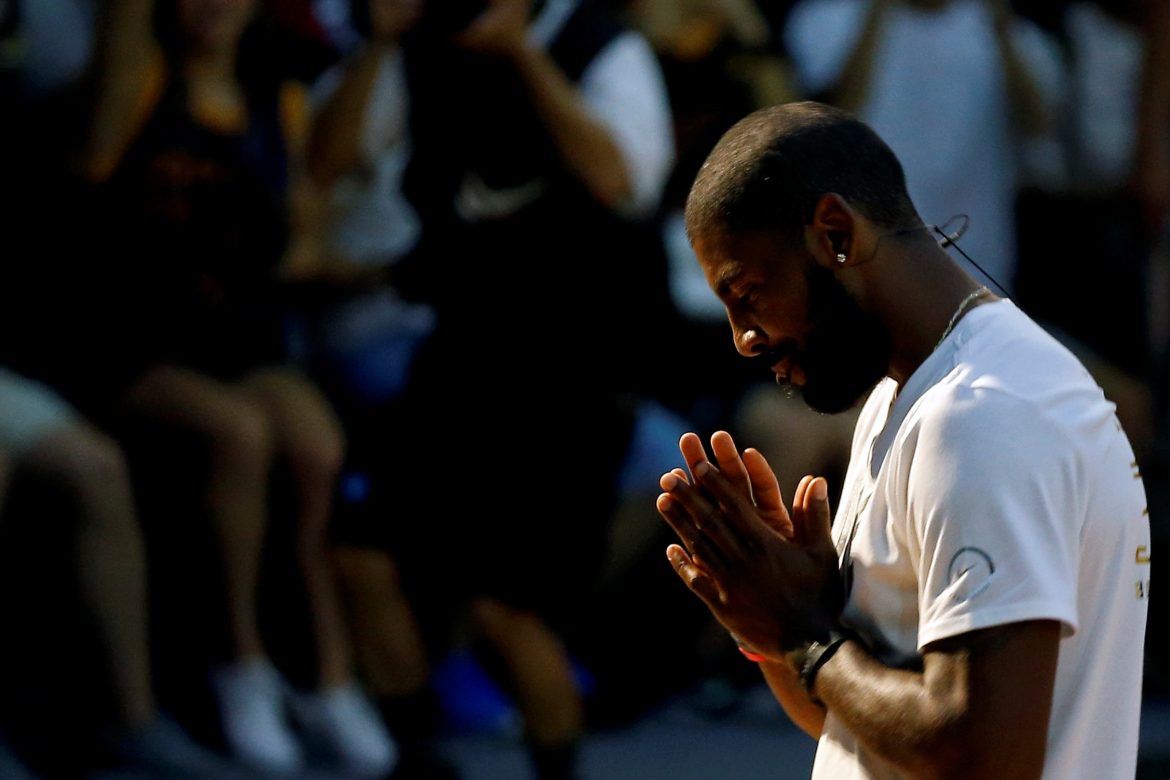 Brooklyn Nets guard Kyrie Irving’s team-imposed, minimum five-game suspension for promoting an anti-Semitic documentary will extend to a sixth game, according to an ESPN report on Saturday.

The Nets’ game on Saturday at the Los Angeles Clippers marked the fifth contest of the suspension imposed on Irving but head coach Jacque Vaughn said in the report he would not be reinstated for Sunday’s game against the Los Angeles Lakers.

Irving has faced heavy criticism since posting a link on social media to a 2018 documentary and later defended the post which he has since deleted.

“I do know (Irving’s) not available (on Sunday),” Vaughn said before Saturday’s game, according to the report. “I have been told that. I can give you that.”

Hours after he was suspended, Irving apologized through an Instagram post to those “hurt from the hateful remarks made in the documentary,” and said he took full responsibility for his decision to share the content with his followers.

Before he posted his apology, the Nets suspended Irving, saying that despite speaking to reporters during two media availabilities, he had refused to disavow anti-Semitism.

In addition to the ban, the Nets outlined six requirements Irving had to fulfill before rejoining the team, which included apologizing, condemning the film, making a $500,000 donation to anti-hate causes and completing anti-Semitism training.

Irving has since met with National Basketball Association Commissioner Adam Silver, who said he did not believe the Brooklyn Nets guard was anti-Semitic.

Following Sunday’s game at the Lakers, the Nets continue their road with games at the Sacramento Kings (Nov. 15) and Portland Trail Blazers (Nov. 17) before returning home for a Nov. 20 clash with the Memphis Grizzlies.

Biden goes all in on climate issues at COP27