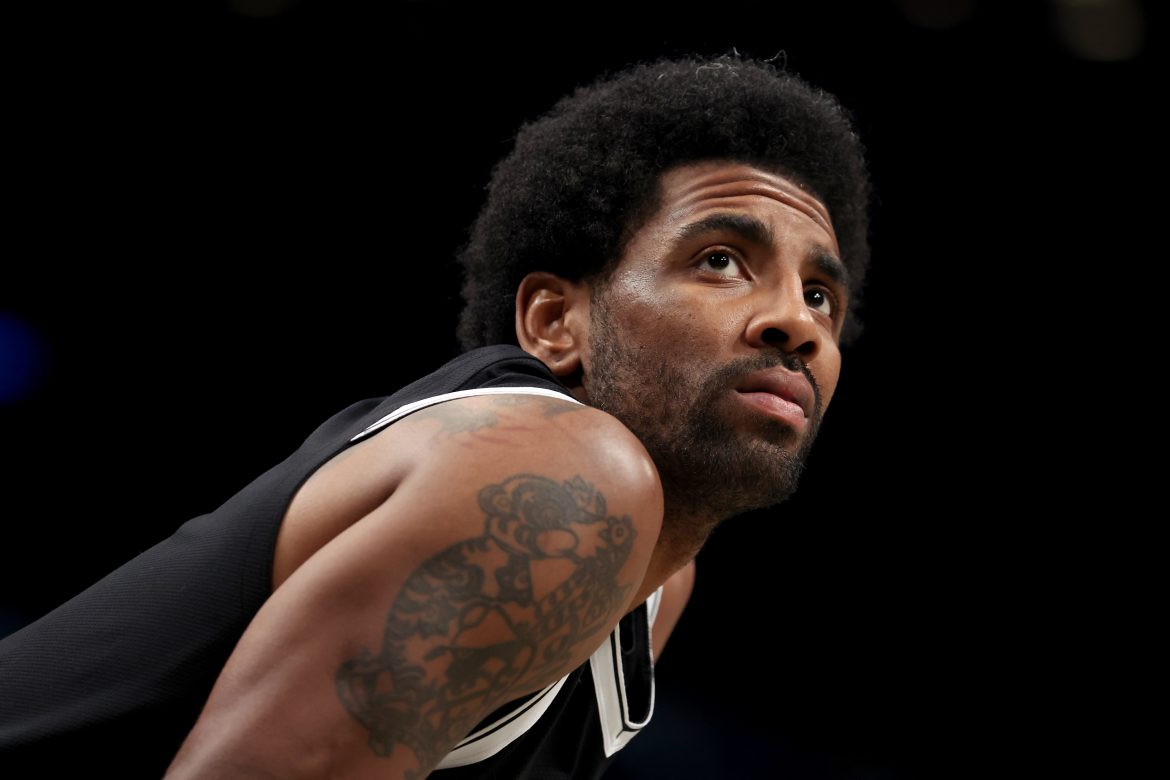 Posting on Instagram, he apologized to those “hurt from the hateful remarks made in the documentary,” and said he took full responsibility for his decision to share the content with his followers.

Irving said the film “contained some false anti-Semitic statements, narratives, and language that were untrue and offensive to the Jewish Race/Religion.”

“I want to clarify any confusion on where I stand fighting against anti-Semitism by apologizing for posting the documentary without context and a factual explanation outlining the specific beliefs in the documentary I agreed with and disagreed with,” Irving wrote.

Before he posted his apology, the Nets suspended Irving for at least five games, saying that despite holding two news conferences, he had refused to disavow anti-Semitism.

“We were dismayed today, when given an opportunity in a media session, that Kyrie refused to unequivocally say he has no anti-Semitic beliefs, nor acknowledge specific hateful material in the film,” the Nets said in a statement announcing the suspension.

The team did not immediately respond to Reuters’ request for comment on Irving’s apology. The Nets had said he would be suspended no less than five games and until he undergoes a series of unspecified “remedial measures.”

In his news conference earlier on Thursday, Irving said he had meant no harm. He took responsibility for posting the link but did not specifically denounce the film or its message, which civil rights activists have called anti-Semitic.

In his Instagram apology, Irving said: “I initially reacted out of emotion to being unjustly labeled anti-Semitic, instead of focusing on the healing process of my Jewish brothers and sisters that were hurt from the hateful remarks made in the documentary.”

The controversy comes at a fraught moment for Jews in the United States. The FBI warned on Thursday there was a credible threat to synagogues in New Jersey, a state that lies just across the harbor from the New York City borough of Brooklyn, which has one of the densest populations of Jews in the world.

Irving’s suspension and apology follow a controversy generated by Ye, the rapper formerly known as Kanye West, who was suspended by social media platforms last month for posts that online users condemned as anti-Semitic.

The Nets’ next game is on Friday night against the Wizards in Washington. If he serves a five-game suspension, Irving would be available to play on Nov. 13 against the Lakers in Los Angeles.

Irving issued a joint statement with the Nets and the Anti-Defamation League on Wednesday, saying he opposed all forms of hatred. He and the Nets said they would each donate $500,000 toward organizations that work to eradicate hate.

The National Basketball Association and the union representing its players have also issued statements condemning hate speech. The union did not respond to a request for comment on Thursday night.

“Kyrie Irving made a reckless decision to post a link to a film containing deeply offensive anti-Semitic material,” NBA Commissioner Adam Silver said in a statement on Thursday.

Astros give Houston the edge in two-sport showdown