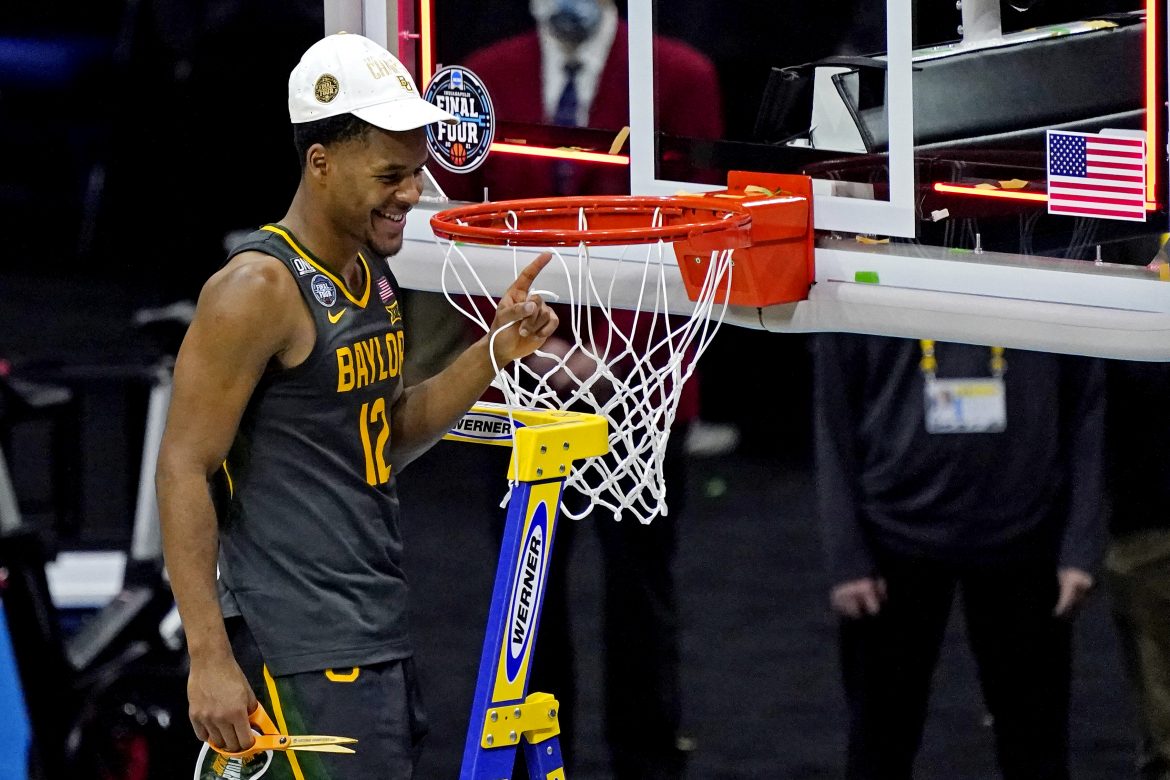 Gonzaga, the number-one ranked team in the nation, reached the championship round in dramatic fashion.  Facing an underdog UCLA Bruins squad that scraped and clawed its way to the Final Four as an 11-seed, the Bulldogs were pushed to the limit in a back-and-forth battle.  The game went to overtime, and with three seconds remaining, UCLA tied the score at 90.  Gonzaga guard Jalen Suggs took the inbound pass over the halfcourt line and made a miraculous 40-foot three-point shot at the buzzer to send the Bulldogs to the championship game.

Gonzaga was attempting to become the first undefeated team to win the National Championship since Indiana did it in 1976.  Baylor, a team whose season was disrupted by an apparent COVID-19 infection in February, entered the championship game as the underdog.  The Bears stunned the Bulldogs with a dominating performance, as they nearly doubled the Bulldogs in total rebounds and tripled them on the offensive boards, 16-5.  Baylor’s whole team contributed to the win, with 21 of their 86 points scored coming off the bench.

The Bears cut the nets down in Indianapolis, and will likely celebrate their title with a parade in the next several days.

A Moment In History: Lewis and Clark