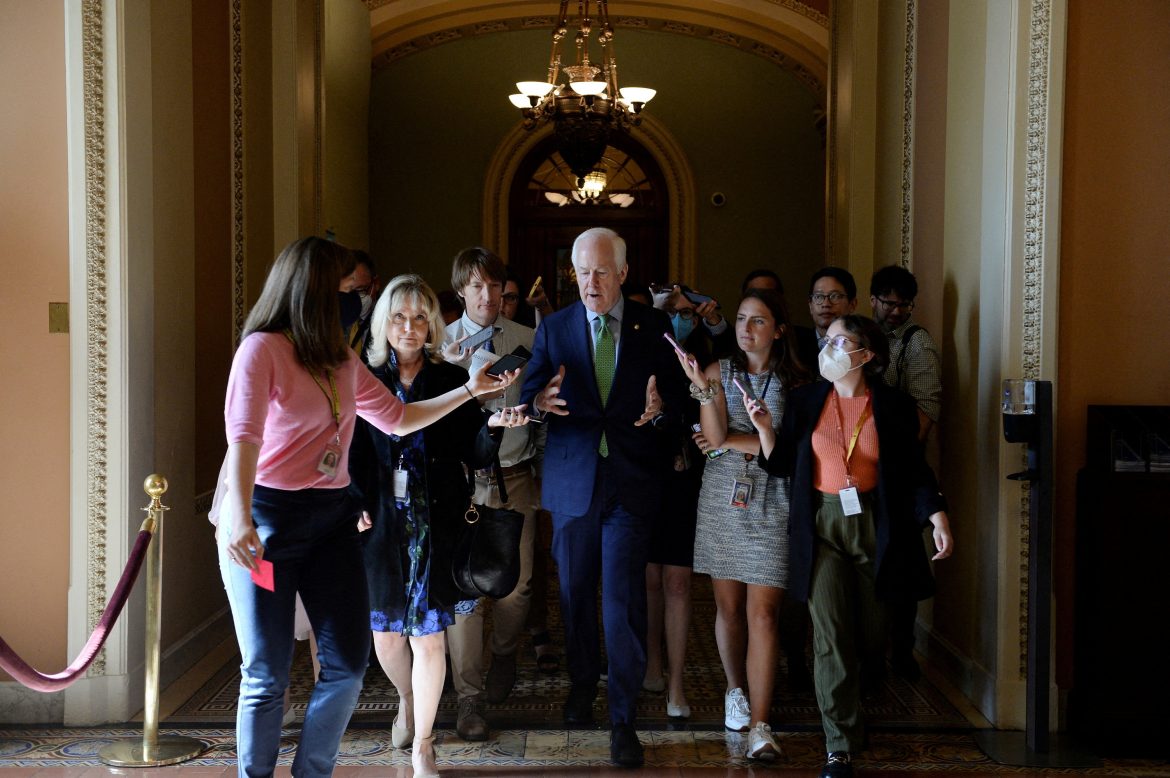 Late Tuesday, weeks after announcing a deal was imminent, the team of Republican and Democrat negotiators tasked with authoring gun legislation that could clear all Congressional hurdles introduced their proposal in the Senate, which in turn took less than an hour to jump-start the process of shepherding the bill toward a final vote.

As reported by FISM, the bill was on tenuous footing in recent days as Republicans had stormed out of one negotiation session and expressed general discomfort with the legislation as recently as Monday.

The 11th-hour fighting seems to have centered on a Republican desire for the Hatch Act – which prohibits federal funds from being spent on abortions – to be explicitly applied to the legislation. This matter was resolved early Tuesday and the bill’s authors sped to make the proposal official.

Both sides of the aisle were sufficiently motivated to quickly pass a procedural vote when it was called for by Senate Majority Leader Chuck Schumer (D-N.Y.) Tuesday night.

Fourteen Republican Senators joined all 50 Democrats in approving the measure, which served to open debate on the bill. The number 14 is significant as the bill requires the support of all Democrats and at least 10 Republicans to overcome a filibuster that would almost certainly emerge were the proposal to ever lack 60 supporters.

While numerous factors could change this, for now a filibuster is unlikely. Senate Minority Leader Mitch McConnell was among the 14 Republican yes votes.

“I support the bill text that Senator Cornyn and our colleagues have produced,” Senate Minority Leader McConnell said in a statement prior to the vote. “For years, the far left falsely claimed that Congress could only address the terrible issue of mass murders by trampling on law-abiding Americans’ constitutional rights. This bill proves that false. Our colleagues have put together a commonsense package of popular steps that will help make these horrifying incidents less likely while fully upholding the Second Amendment rights of law-abiding citizens.”

The bill’s survival is anything but certain. The National Rifle Association has already pledged to fight against the legislation.

“The NRA will support legislation that improves school security, promotes mental health services, and helps reduce violent crime,” a statement from the group reads. “However, we will oppose this gun control legislation because it falls short at every level. It does little to truly address violent crime while opening the door to unnecessary burdens on the exercise of Second Amendment freedom by law-abiding gun owners.”

The bill, which if passed would mark the first substantive gun legislation in the United States in decades, looks principally the same as the framework laid out earlier this month.

With a price tag likely in the billions, the act would fund improvements in mental health care, school safety upgrades, and crisis intervention, and provide financial incentives to states that opt to increase the scrutiny of background checks for younger people.

Among the more noteworthy features of the bill are:

“This bill doesn’t include everything I want, but it will save countless lives and finally break a 30 year political logjam,” Murphy said in a statement. “I look forward to earning bipartisan support for this historic legislation among my Senate colleagues this week.”

Republican negotiators, who stressed the need for greater mental health and the “hardening” of schools and other locations at greatest risk of being targeted by a mass shooter, certainly got most of what they wanted.

Moreover, the proposal does not contain any new restrictions on what types of firearms or magazines law-abiding citizens can purchase, which were the primary requests of the left prior to the start of negotiations.

However, the NRA argues the act could still be used to infringe upon Americans’ Second Amendment Rights.

“This legislation can be abused to restrict lawful gun purchases, infringe upon the rights of law-abiding Americans, and use federal dollars to fund gun control measures being adopted by state and local politicians,” the NRA statement reads. “This bill leaves too much discretion in the hands of government officials and also contains undefined and overbroad provisions – inviting interference with our constitutional freedoms.”