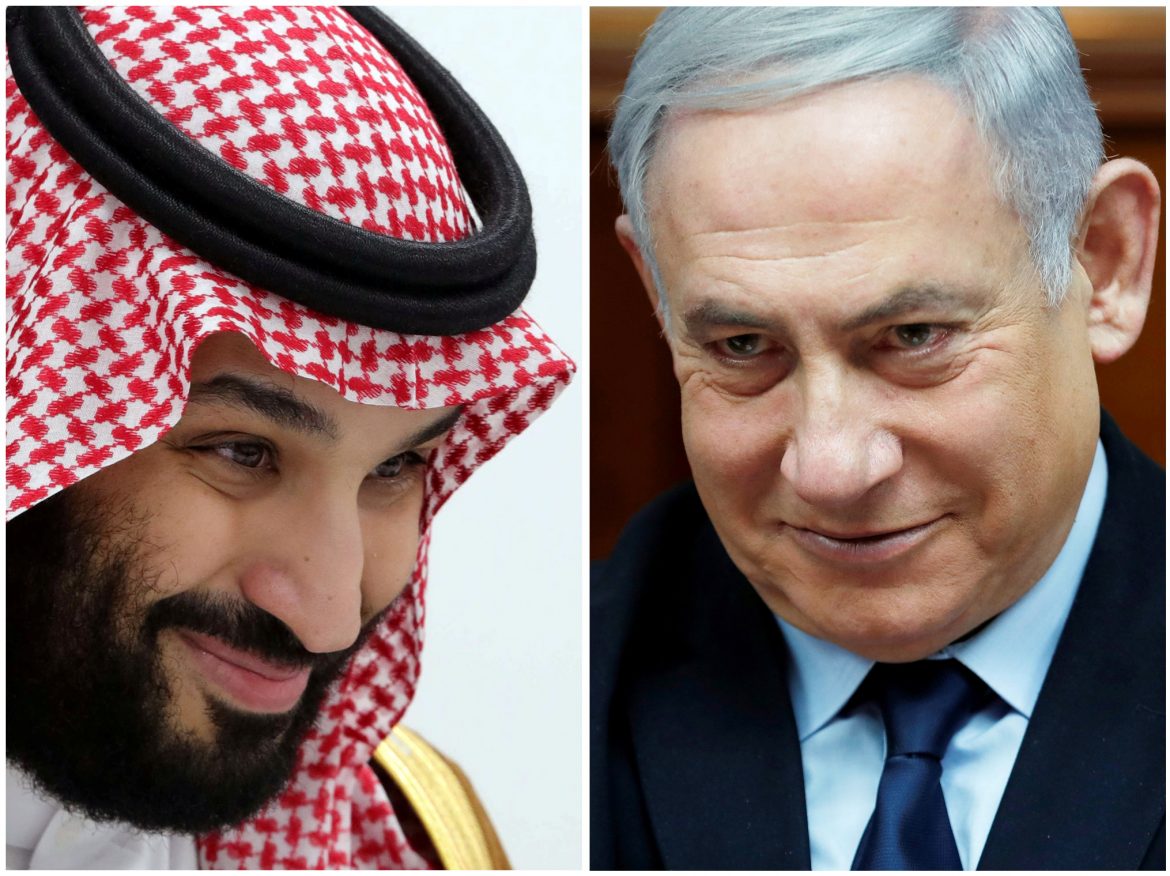 Prime Minister Benjamin Netanyahu traveled to Saudi Arabia and met its crown prince, an Israeli official said on Monday, in what would be the first publicly confirmed visit there by an Israeli leader as the countries close ranks against Iran.

Reports of the meeting between the crown prince and Netanyahu were denied by Saudi Arabia’s foreign minister, Prince Faisal bin Farhan Al Saud.

“I met Pompeo at the airport and went with him to the meeting. I then took him back to the airport. Saudi and American officials were the only ones present throughout,” he said.

Saudi Arabia, Islam’s birthplace, has long championed the Palestinian cause and shunned official contacts with Israel.

Netanyahu, speaking publicly after the Saudi denial, was circumspect about any clandestine travel.

Asked at a meeting of his right-wing Likud faction about a Saudi visit, Netanyahu replied: “Are you serious? Friends, throughout my years I have never commented on such things and I don’t intend to start doing so now.”

But asked about the Israeli media reports, Yoav Gallant, a member of Netanyahu’s security cabinet, told Army Radio: “The very fact the meeting happened, and was outed publicly, even if half-officially right now, is a matter of great importance.”

Israeli Defence Minister Benny Gantz, in a speech, condemned “the irresponsible leak of the secret flight to Saudi Arabia.”