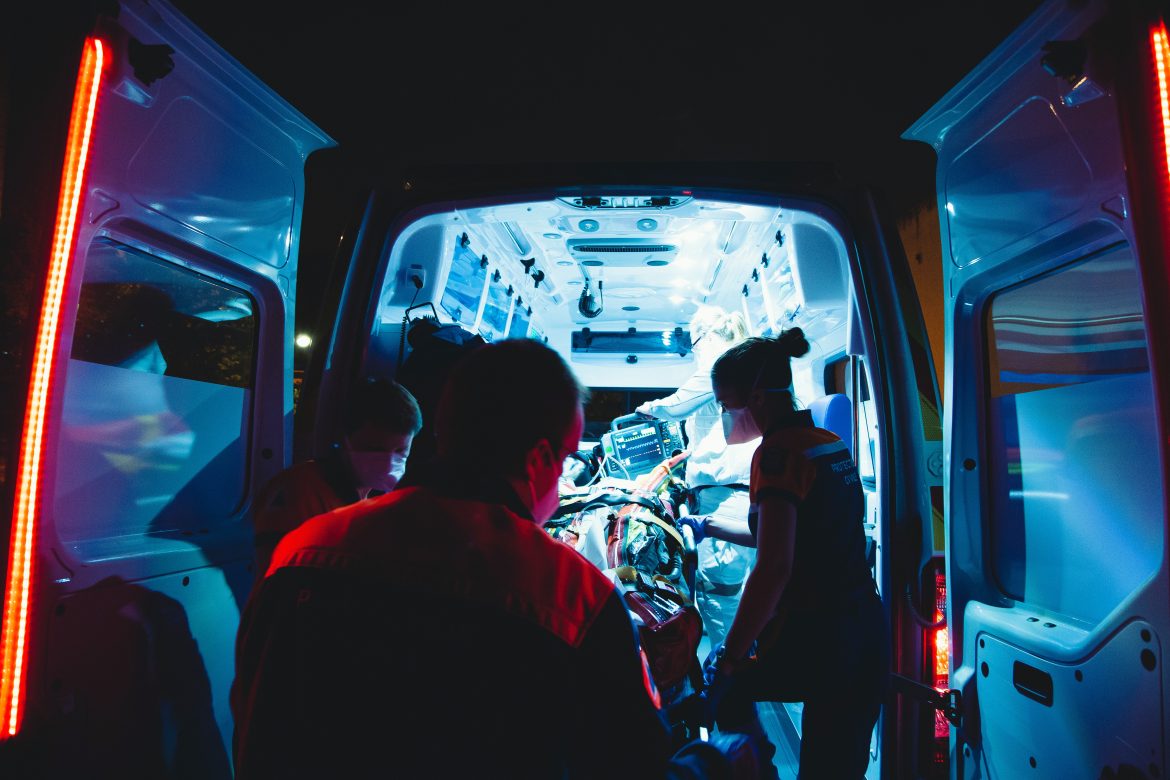 A recent study by Dr. Peter McCullough and his research partner has revealed that cardiac arrests in European athletes have increased by approximately 1,700% since the rollout of COVID-19 vaccines.

An internist, cardiologist, and epidemiologist, Dr. McCullough has been an outspoken critic of COVID-19 vaccines and the subsequent health risks associated with vaccination. He believes the jabs are the reason for the recent rise in sudden, unexpected, and unexplained cardiac events.

In a recent paper, published in a Scandinavian journal in December of 2022, Dr. McCullough and researcher Panagis Polykretis evaluated data from Europe, specifically European sports leagues.

Dr. McCullough and Polykretis’s analysis compares these events to a study from 2006 that found 1,101 reports of sudden cardiac death in athletes over a 38-year period, which would indicate that there was a “1700% increase” in sudden cardiac deaths among athletes.

The paper explains that an independent review of serious adverse events reported in both Moderna and Pfizer-BioNTech’s phase III clinical trial found that there was an excess risk of serious adverse events of 1 per 800 vaccinated individuals. Another study, which involved just over 300 teenagers that had received both doses of the Pfizer-BioNTech vaccine experienced complications post-vaccination, with 29.24% reporting tachycardia and palpitations, and 2.33% suffering from myopericarditis.

While officials say that these complications are a risk, they claim that the potential benefits of vaccination outweigh any associated risk. These same officials hid data from the American public and labeled the link between myopericarditis and COVID-19 vaccines as “misinformation.” Even after Nordic countries halted the use of Moderna’s mRNA vaccine in men under the age of 30 due to the increased risk of heart inflammation, data showed that there was an alarming 2,084% increase in myocarditis and pericarditis in males aged 12-24.

The Florida State Department of Health conducted an analysis through a self-controlled case series that found an 84% increase in the relative incidence of cardiac-related death among males 18-39 years old within 28 days following mRNA vaccination, which lead the state to recommend against vaccinating men aged 18 to 39 with mRNA COVID-19 vaccines and issued a warning to those with preexisting cardiac conditions to take caution when deciding to get vaccinated.

Goodsciencing.com, which is managed by “a small team of investigators, news editors, journalists, and truth seekers,” publishes investigative articles, and has documented thousands of cases of individuals of all ages around the world that have died suddenly or have had serious adverse events. They argue that many of these cases are not normal, indicating that COVID-19 vaccines are a contributing factor.

There has been no shortage of media reports of seemingly young, healthy people dying suddenly, which leads many to question if COVID-19 vaccines are in fact a key factor in the uptick in reports of Sudden Adult Death Syndrome.

On “Tucker Carlson Tonight” last week, Dr. McCullough discussed Buffalo Bills player Damar Hamlin’s on-field collapse, suggesting that genetic conditions should be considered, explaining that a number of mutations in the heart can genetically predispose someone to sudden cardiac death and that this can occur after an insult to the heart.

Other athletes, many of who were outspoken about COVID-19 mandates, have died unexpectedly. Uche Nwaneri, who was just 38 years old and a former Jacksonville Jaguars football player was found unresponsive. A preliminary report found that he had an enlarged heart with acute heart failure.

These events aren’t just limited to athletes, country musician Jake Flint died suddenly in his sleep at the age of 37. Flint, who had been married earlier that day, was an outspoken supporter of vaccination and had previously posted on social media that he was “fully vaxed to the max.”

His cause of death is still unknown, but his publicist was quick to debunk any suggestion that his death was linked to COVID-19 vaccines. Clif Doyal, Flint’s publicist, told USA TODAY in an email  “that Jake Flint’s sudden and tragic death was not related in any way to the COVID-19 vaccine,” he added that “pending an official autopsy report there will be no further comment.”

In response to this increase in events, One American News (OAN) conducted an investigative report into this “wave of heart issues” finding that 769 athletes had collapsed while competing between March 2021 and March 2022.

This trend is causing concern, especially in regard to the mass vaccination of children and young adults that are not at risk for serious complications from COVID-19 infection. Research and data from the CDC continue to undermine the previous narrative that vaccines are safe and effective, and show that 56% of infants and toddlers that received Pfizer-BioNTech or Moderna reported systemic adverse events after the first dose.

Legacy media and health experts are quick to dismiss these events as coincidence, claiming that there is no credible science to connect vaccination with a sudden cardiac event. However, a growing body of research is beginning to show that there is significant risk associated with COVID-19 vaccines and that they may not be as rare as the CDC and other federal agencies report.