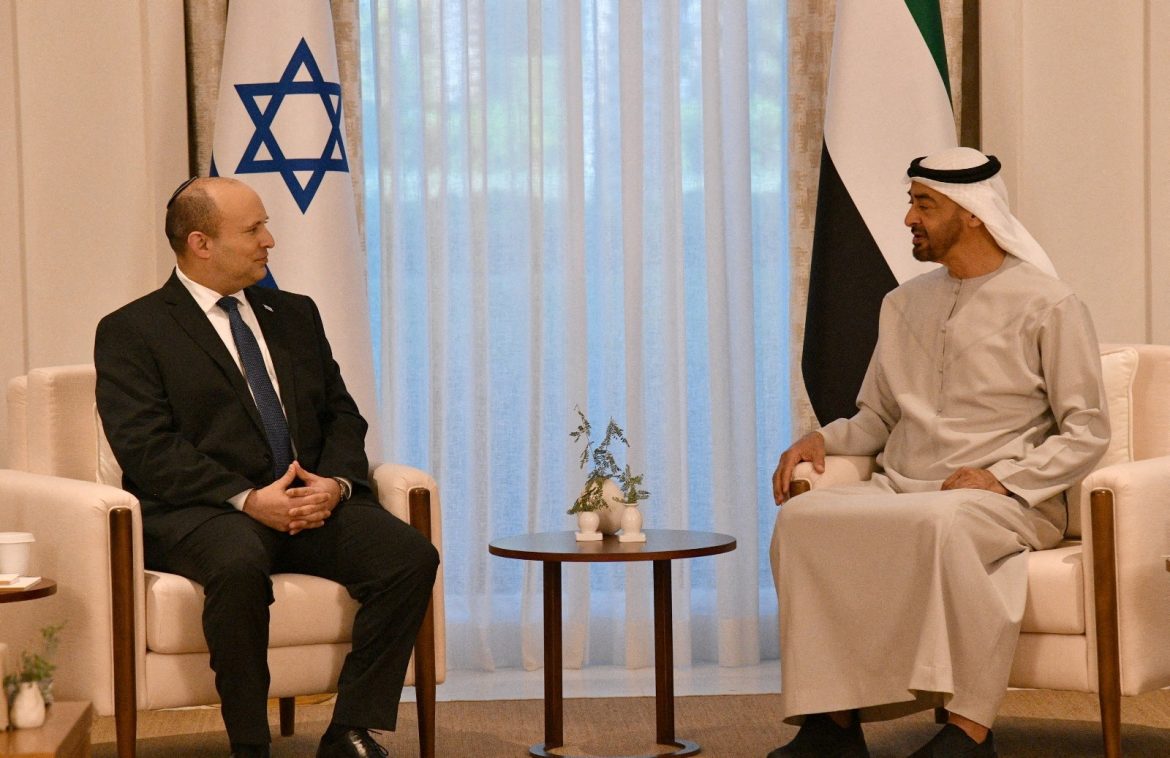 Israel’s ambassador to Abu Dhabi, speaking ahead of the meeting, said the issue of Iran would “certainly come up”. The meeting follows the formalisation of Israel-UAE relations last year under a U.S.-led regional initiative.

While shared concern about Iranian activity was among reasons for the diplomatic moves, the UAE has also been trying to improve relations with Tehran.

Releasing photographs of Bennett and Sheikh Mohammed smiling and shaking hands, the Israeli leader’s office described the meeting as “historic”.

Before he flew home later in the day, Bennett’s office said in a statement that Sheikh Mohammed had accepted an invitation to visit Israel. There was no immediate confirmation from UAE officials.

A statement on state news agency WAM said Sheikh Mohammed voiced hope for “stability in the Middle East” and that Bennett’s visit would “advance the relationship of cooperation towards more positive steps in the interests of the people of the two nations and of the region”.

The Palestinians, whose diplomacy with Israel has been stalled since 2014, have deplored the Israeli-Emirati rapprochement.

Israeli Ambassador Amir Hayek declined to elaborate on any discussion of Iran but he told Israel’s Army Radio: “The prime minister did not only come here solely to address the Iranian issue.”

With world powers now trying to renew the Iran nuclear deal, Abu Dhabi last week sent an envoy to Tehran. A U.S. delegation is due in the UAE this week to warn Emirati banks against non-compliance with sanctions on Iran.

Iran is Israel’s arch-foe, but it has not been mentioned publicly by Bennett since he set off on Sunday to the UAE with pledges to promote bilateral commerce and other forms of civilian cooperation.

Iran’s Foreign Ministry said the visit was “disruptive to the region’s security and (going) against the interests of the Islamic nation and the people of the region and Arab countries”.

The Israel Hayom newspaper, quoting unidentified officials, said Bennett was expected to brief Sheikh Mohammed on intelligence regarding Iranian-supplied militias and drones in the region.

Israel last month broached setting up joint defences against Iran with Gulf Arab states. Defence sales to the UAE are in the works, though Israeli industry sources say advanced anti-missile systems have yet to be offered.

Bennett said he told his government to step up efforts to reach a free trade agreement with the UAE by the first quarter of 2022.

Israel-UAE bilateral trade in goods alone reached nearly $500 million so far in 2021 – up from $125 million in 2020 – and is expected to continue growing rapidly.