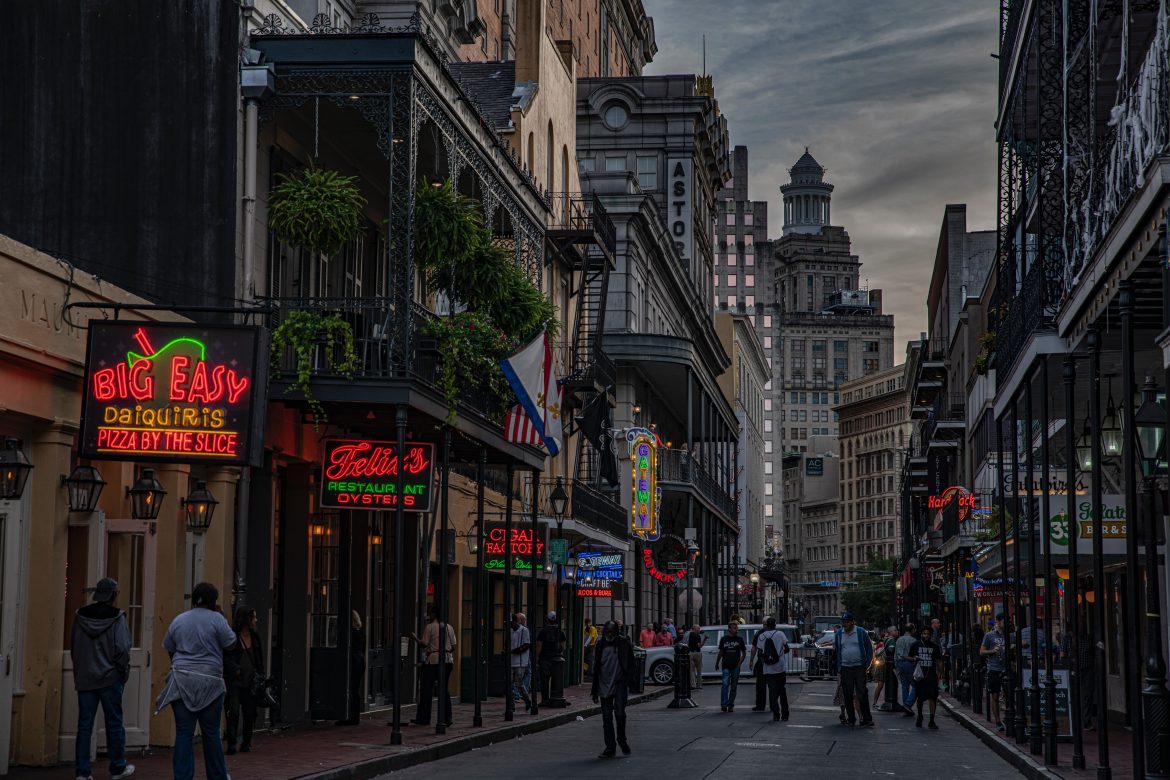 The scenes in New Orleans might have been chaotic, but city leaders say the armed and motorized insanity that overtook the city last weekend was orchestrated. The perpetrators might not fare as well as they might have in a place like California, though, as the “shutdown” seems to have proven a rallying point for people of all races, creeds, and political affiliations.

Videos have emerged on social media showing throngs of people and motorists behaving recklessly and with absolute disregard and disdain for police or public safety throughout New Orleans.

As reported by NOLA.com, scenes of hysteria broke out at four intersections in the city Sunday as motorists peeled out, revved their engines, and performed donuts as armed pedestrians waved rifles and handguns in the air.

When police arrived, at least one of their vehicles was leapt upon or kicked by members of the crowd. Shaun Ferguson, superintendent of the New Orleans Police Department, confirmed at a Monday press conference that the actions were coordinated.

“There’s no way in hell we should allow anyone to come to our city and rule our city the way they (did) yesterday,” NOLA.com quoted Ferguson as saying.

Superintendent Ferguson is unlikely to have much trouble finding allies throughout the city. For all its well-earned reputation for being a wild and crazy place, New Orleans is a city home to thousands upon thousands of respecters of law and order, a characteristic that spans whatever demographic distinguishers one cares to apply.

A simple, though still telling, example can be found in the videos of the event. Those breaking and those seeking to uphold the law represented a diverse array of races.

The dividing line this time will be only a desire for a safe versus unsafe street.

New Orleans Mayor LaToya Cantrell, a Democrat, was enraged by the scenes and promised severe repercussions.

“The reckless criminal behavior that continues to occur on our streets poses a threat to public safety and is completely unacceptable,” Cantrell tweeted Monday. “These brazen actions have accelerated to a complete disregard and blatant disrespect for law enforcement. This ends now!!”

“The dedicated women and men of the New Orleans Police Department have pledged their lives to protecting and keeping the public safe. We must show them the gratitude and respect they’ve earned.”

The dedicated women and men of the New Orleans Police Department have pledged their lives to protecting and keeping the public safe.

We must show them the gratitude and respect they’ve earned.

Meanwhile, a member of the New Orleans City Council promised to codify laws that will not only result in the arrest of such individuals but the (at least temporary) confiscation of their cars.

“People who put on that badge cannot be disrespected,” New Orleans Councilman Oliver Thomas told WDSU-TV. “We are going to make it to where you aren’t only going to get arrested, you are going to lose your vehicle.”

While she did not specifically endorse Thomas’ plan, Cantrell did state that she favored stiffening penalties.

“My administration stands with the New Orleans Police Department as they seek to increase criminal penalties associated with this type of behavior, and as they relentlessly pursue all perpetrators who place the public at risk,” Cantrell wrote in her original tweet.

A new law will be of little use in the current investigation, but officials are making progress on identifying key figures.

As the alleged offenders begin suffering arrest in the coming days, they might wish to thank their colleagues with phones as the viral videos show, in clear and pristine high definition, the license plates of some cars as well as the unmasked faces of numerous assailants.

At present, NOPD is pushing hardest to locate the drivers of four vehicles involved in the stunt at one intersection and the two men who were seen jumping on a police cruiser.

Two of the cars were registered in New Orleans, one in nearby Kenner, and the fourth in Baker, which is north of Baton Rouge and located about 90 miles from New Orleans.

According to a report from WBRZ-TV, an ABC affiliate, at least some of the participants appear to have been members of a Baton Rouge-area street racing group.