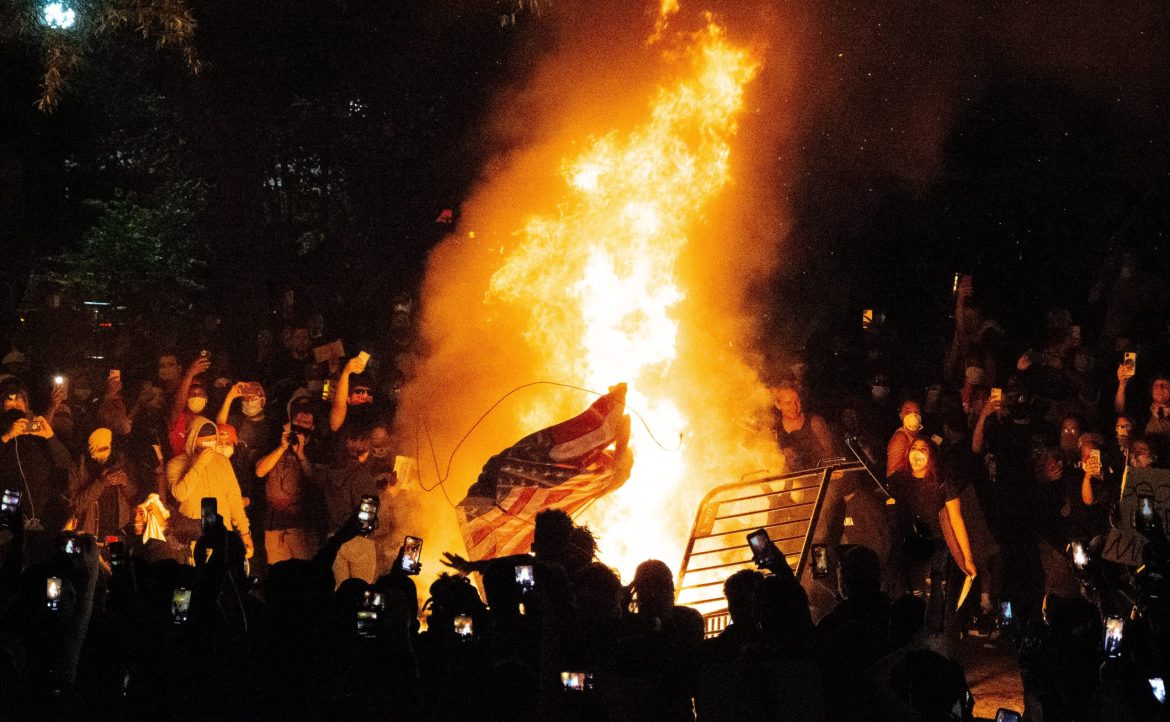 A poll released Monday by CBS News and YouGov suggests that likely voters view the current state of affairs in the United States as unsustainable, a fact that experts at the nation’s second-oldest broadcast company feel will benefit Republicans.

According to the poll, a startling-though-hardly-surprising 8-of-10 respondents said they viewed the nation as “out of control.” By simple extension, if that many people are displeased with the status quo, the party that stands to get the blame is the one with control of the House, Senate, and White House.

While the phrase “out of control” can mean a lot of things, Republicans are rallying around the idea that Democrats are the party of chaos.

“The only way to restore common sense to our country is to go vote for Republicans,” a tweet on the GOP’s official account reads.

The only way to restore common sense to our country is to go vote for Republicans!

According to CBS and FiveThirtyEight models, voters might heed the call in Congressional races. Both outlets predict a heavy advantage for Republicans in the House, either controlling 228 or 227 seats — with only 218 needed for a majority — following the midterm.

In contrast, 64% of respondents said they believe Republicans put the needs of American citizens first.

“America is facing 40-year inflation highs, soaring crime, and a border in complete chaos,” Sen. Ted Cruz (R-Texas) posted on his Facebook page last week. “What is President Biden doing instead of addressing the major problems facing our country? Meeting with TikTok celebrities.”

Democrats are banking heavily on abortion and the idea of preserving democracy as being the issues that swing the election.

The vast majority of respondents, 84%, said they believed Democrats would pass a national abortion ban if they gain power, but it’s likely this belief will fuel conservative participation in the election as well as progressive.

But the CBS poll suggests that, while virtually all Americans agree that Democrats will codify abortion, far fewer respondents, 56%, expressed a belief that Republicans plan to push for a nationwide abortion ban.

On the matter of preserving democracy, the poll offers little in the way of clarity beyond that two-thirds of Democrats say they are concerned more about a functioning democracy than the economy.

Republicans enjoy an advantage, though not a majority, in the areas of crime and economy. Forty-six percent of respondents said the Republican Party made them feel safer, compared to 30% who said the same of Democrats.

The crime numbers are telling statistics in the study as they suggest that Democrats are losing ground with their base.

“The First Amendment should be absolute,” Rep. Jim Jordan tweeted as part of a bulleted list. “Groceries should be affordable. And cities should be safe. Never thought that would be too much to ask.”

-The First Amendment should be absolute.

-Groceries should be affordable.

-And cities should be safe.

Never thought that would be too much to ask.

When asked which party’s economic policies would be a greater benefit, 46% of respondents said Republicans, 40% said Democrats, and 14% were neutral.