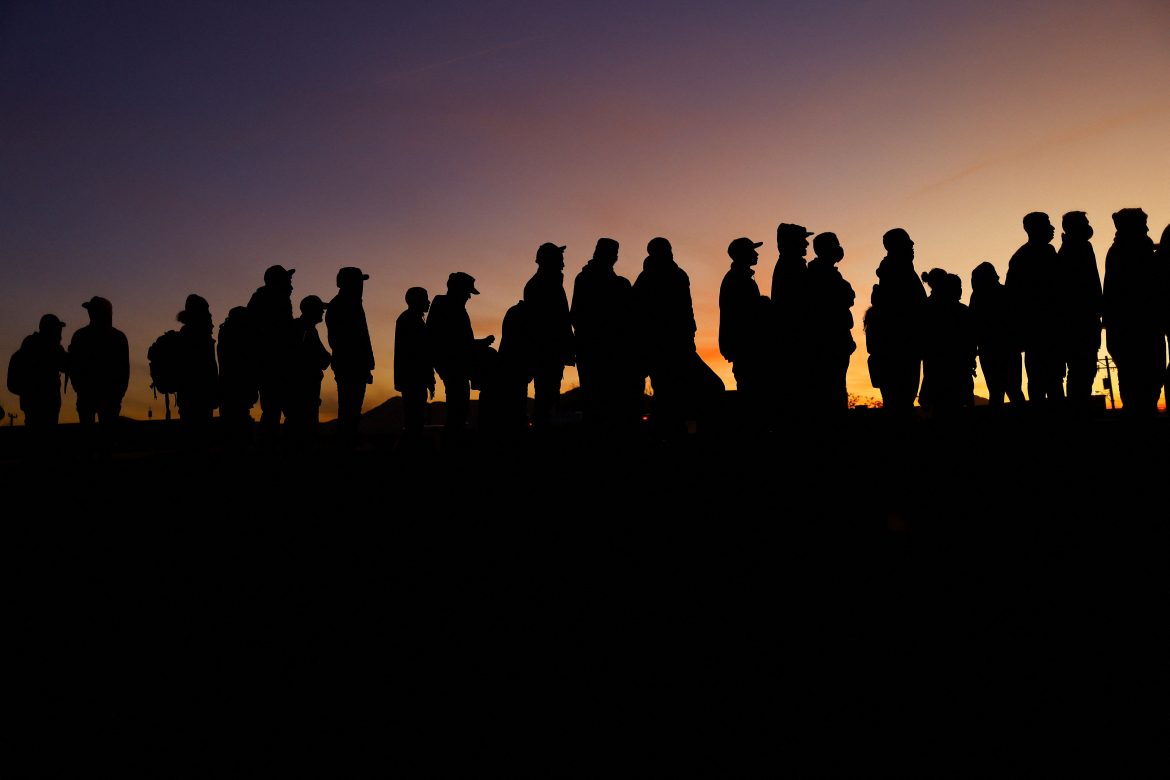 New York City (NYC) Mayor Eric Adams is requesting a special $1 billion grant to pay the bill for housing over 30,000 unauthorized migrants who now live within the city limits.

The New York Post first reported that the Democrat leader of the city is seeking the emergency grant from the Federal Emergency Management Agency (FEMA) on Dec. 14. The news agency also confirmed that FEMA was “reviewing their application” but would not share information unless there was an award amount approved.

Adams first calculated the hefty amount when he declared a state of emergency in October with an estimated migrant population of under 20,000. In the two months since that declaration, that number has surged to 30,000 or more.

New York City Hall said that over 20,900 of these individuals lived in taxpayer-funded shelters as required by their decades-old “right to shelter” mandate, which requires the taxpayers to immediately provide a roof over the heads of anyone homeless.

In September, Adams caused a stir when he said this right “must be reassessed.”

However, the mandate was established through a court order in three different lawsuits. There is very little wiggle room and no way to refine or overthrow it without going back to court to ask for changes.

In that same month, Adams opened two additional emergency centers to house these migrants to remain in compliance with the mandate.

With Title 42 ending on Wednesday, the migrant crisis is expected to worsen as tens of thousands of migrants who have been seeking asylum are expected to cross the Mexico-U.S. border.

Migrant encounters have already been high. For eight consecutive months beginning in March 2021, there have been over 200,000 encounters at the Southwest U.S. land border according to Customs and Border Patrol data. The most recent public data shows that there were 230,678 encounters in October.

These numbers do not include “got aways,” or the migrants who evade CBP apprehension.

Adams has previously feuded with Texas Governor Greg Abbott over the migrants currently in NYC.

When the border states’ pleas for help and additional resources for the hundreds of thousands of migrants pouring across their borders went unanswered, Texas and Arizona began to bus migrants to Democrat-controlled areas and supposed “sanctuary cities.”

Florida governor Ron DeSantis also got involved by dedicating $12 million of the budget for the transport of unauthorized migrants to other areas.

NYC was one city targeted by the Republican governors. Adams accused Texas Governor Greg Abbott of using people as “political pawns to manufacture a crisis” just weeks before he also declared the city’s state of emergency.

It was later revealed by Reuters that the Democrat-led city of El Paso had bussed almost 7,000 illegal aliens to NYC independently of Abbott’s migrant movements.

As the border crisis grows, more Democrats are signaling there is a problem that needs to be addressed.

“We have a leak. We need a plumber to come and stop the leak,” said Democrat Hidalgo County Judge Richard Cortez last week, referring to a need to stop the migrants from crossing into the U.S.

Meanwhile, California Governor Gavin Newsom said last week to ABC news that his state was struggling to keep up with the influx of migrants. “The fact is, what we’ve got right now is not working, and it’s about to break in a post-42 world unless we take some responsibility and ownership,” he said.

This prompted even CNN to run the headline last week “Everyone can now agree – the US has a border crisis.”