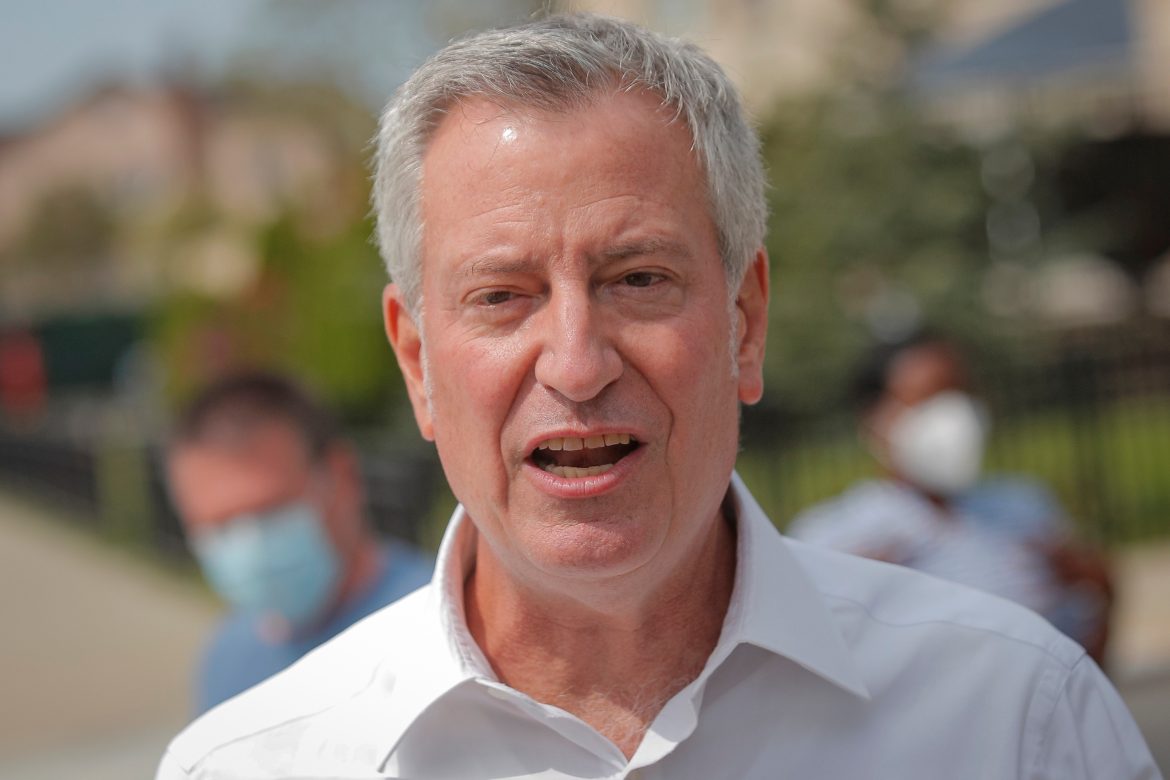 The mayor’s decision, announced Wednesday on Twitter, came as government officials in dozens of states have weighed or implemented shutdown measures in recent days to stem an unprecedented rate of new COVID-19 infections heading into the winter.

“New York City has reached the 3% testing positivity 7-day average threshold. Unfortunately, this means public school buildings will be closed as of tomorrow, Thursday Nov. 19, out [of] an abundance of caution,” de Blasio wrote on Twitter. “We must fight back the second wave of COVID-19.”

New York City‘s positive test rate has been steadily creeping up after dipping dramatically over the summer, while the rate of new positive cases and hospitalizations has skyrocketed in other regions in the last few weeks.

Nationwide, the number of patients hospitalized with COVID-19 topped 75,000 on Tuesday, setting a new record. The Midwest has become the crisis epicenter in the United States, reporting almost a half-million cases in the week ending on Monday.

Forty-one U.S. states have reported daily record increases in COVID-19 cases in November, 20 have registered new all-time highs in coronavirus-related deaths from day to day, and 26 have reported new peaks in hospitalizations, according to a Reuters tally of public health data.

AT&T Believed To Be Selling CNN