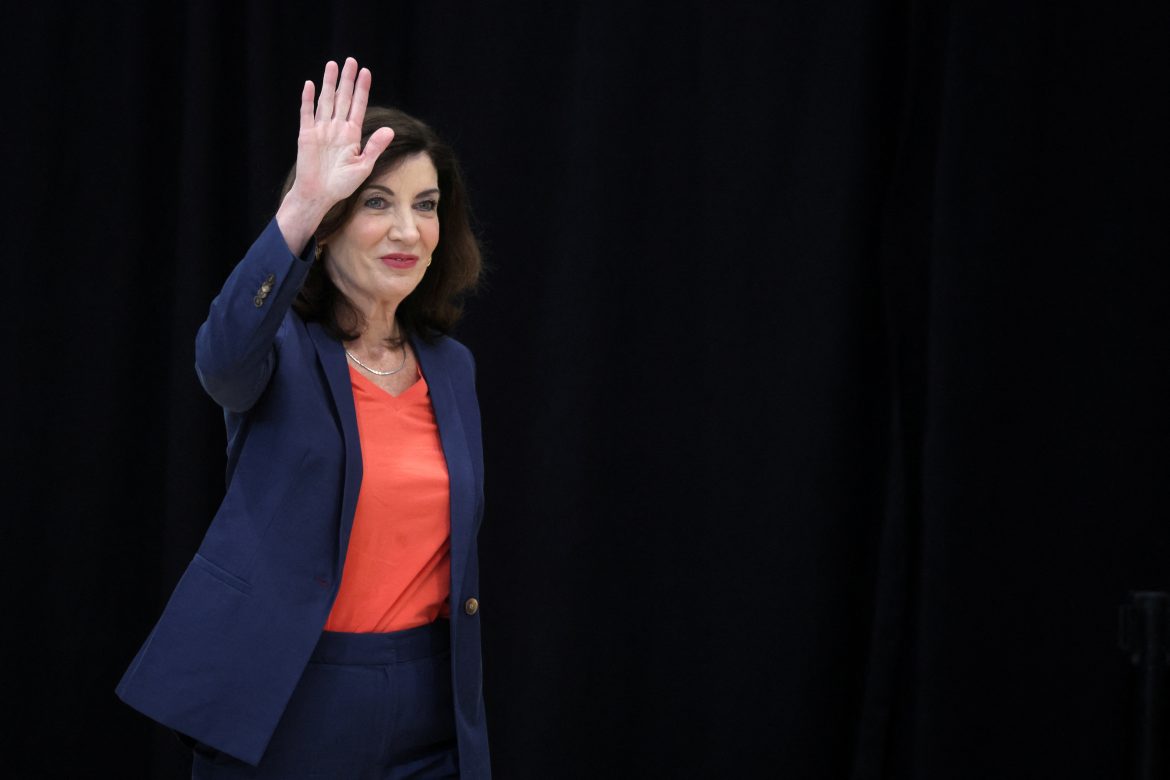 Yesterday, the Democratic governor called state legislatures back to the state capitol for a special session to limit concealed carry in a new way. The legislation being floated includes banning guns from government buildings, public transportation, and “places where kids gather” according to the New York Daily News. Also under consideration was a wide-reaching ban on concealed carry within any private businesses unless said business posted a sign explicitly welcoming firearms on their property.

The session ended without any legislation being passed, however, according to a local politics reporter:

So, just to recap…the state legislature was called back to Albany for an extraordinary session dealing with guns, and potentially a new amendment guaranteeing abortion rights. Yet the only thing that got done was Mayoral Control being extended with new concessions for @NYCMayor

The move is the latest pushback from Democrats against a conservative Supreme Court. However, the liberal zeal to limit where and how lawful gun owners can exercise their Second Amendment rights has been challenged.

On Wednesday, Albany news anchor Anne McCloy asked a valid question about the foundation of Hochul’s gun restriction beliefs: “Do you have numbers to who that it’s the concealed carry permit holders that are committing crimes?”

Hochul responded, “I don’t need a data point to make the case that I have a responsibility to protect the people of this state.”

Anne: Do you have numbers to show that it’s the concealed carry permit holders that are committing crimes?

In fact, a recent report by the Crime Prevention Research Center President John Lott shows that not only are permit holders conscientious law-abiding citizens but that there is a seeming correlation between lower violent crime rates in areas with higher concealed-carry permit holders. Lott found that permit holders committed roughly 17 misdemeanors or felonies per 100,000 compared to 3,813 per 100,000 members of the general population. Meanwhile, Lott found that “25 states with the highest rates of permit-holding experienced markedly lower rates of murder and violent crime.”

That doesn’t stop Hochul and other New York Democrats from trying to leverage the recent conservative Supreme Court decisions. Wednesday evening, Hochul released her latest political ad that opens with the declaration, “When the one side declares war, the other side has a choice.”

The current Governor then assured her citizens that they are safe from guns, “No matter what the Supreme Court thinks they can do. New Yorkers, you are protected. Protected from concealed weapons on our subways, in our schools, and places like this.”

When it comes to repealing cashless bail, Hochul needs more data even though it’s right in front of her face. When it comes to restricting gun rights of law abiding NYers, she does not want any data. Once again, Kathy Hochul is a walking identity crisis and in over her head.

Meanwhile, Laura Adkins, who is a self-identified liberal woman residing in New York, wants Hochul to understand, “If my life is ever in danger, I want to be able to protect myself with a gun. And now, thanks to the Supreme Court’s decision in New York State Rifle and Pistol Association v. Bruen, I am one step closer to carrying one.”

Officials have located woman they believe killed US pro cyclist