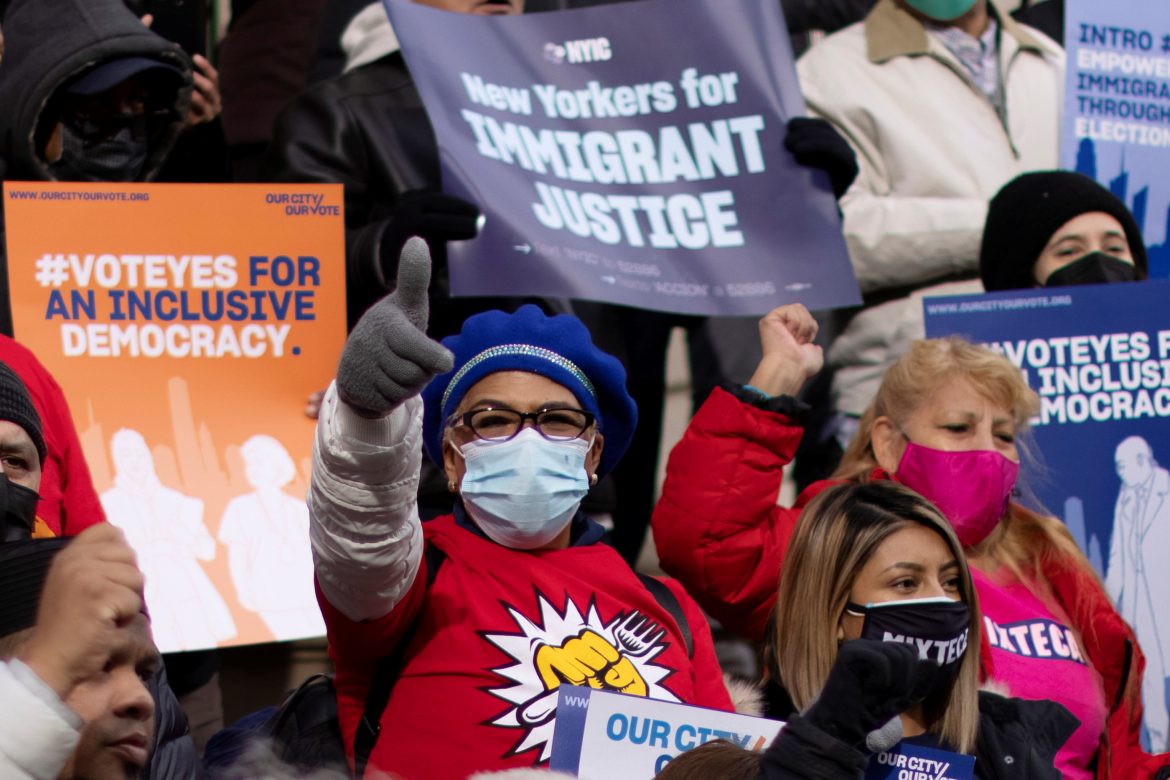 A judge in New York has ruled that only citizens of New York City should be allowed to vote in city-wide elections.

On Monday, Judge Ralph Porzio of the New York State Unified Court System found that New York City’s “Our City, Our Vote” law, passed by the city council last December and almost immediately challenged by Republicans, diluted the voting power of citizens by opening the mayor’s race – as well as races for public advocate, borough president, and council positions – to votes from non-citizens.

Porzio added, “Though voting is a right so many citizens take for granted, the City of New York cannot ‘obviate’ the restrictions imposed by the Constitution.”

Following the ruling, statements from partisans indicated neither group had budged from their stance on the issue.

“By providing city residents with a voice in their local government representation, we provide them with an equal stake in the long-term success of our city,” Council Speaker Adrienne Adams and Councilwoman Shahana Hanif said in a joint statement. “Now more than ever, when our rights are being threatened, we need more civic and community engagement, not less.”

State Assemblyman Michael Tannousis, a Republican representing parts of Staten Island and Brooklyn and a plaintiff in the case, said the law cheapened the concept of citizenship.

“As the son of immigrants that came to this country legally and worked tirelessly to become citizens, I consider voting to be a sacred right bestowed on American citizens,” Tannousis tweeted.

I’m proud to announce that my co-plaintiffs and I have won our lawsuit regarding non-citizen voting. As the son of immigrants that came here for the American dream and worked hard to become citizens, it is my belief that voting is a sacred right bestowed on American citizens 👇 pic.twitter.com/GpXwOfwePz

In a separate statement, he added, “The idea that a person can move to New York City and register to vote after 30 days is preposterous and ripe for fraud.”

“Today’s decision validates those of us who can read the plain English words of our state constitutions and state statutes,” Borelli said in a statement shared on Twitter, “non-citizen voting in New York is illegal, and shame on those who thought they could skirt the law for political gains.”

Citing mixed feelings about the law, then-Mayor Bill de Blasio declined to sign the bill when he still occupied the office, but the law took effect automatically in January due to his inaction. However, given the newness of the law, “Our City, Our Vote” has yet to impact a race for mayor or council, other than non-citizens being allowed to register to vote.

The next mayor’s race is slated for 2025, and council positions will next be decided in 2023.

Mayor Eric Adams has at times expressed some misgivings about the law, but has more recently rallied to its defense.

“I believe that New Yorkers should have a say in their government, which is why I have and will continue to support this important legislation,” Adams said shortly after the law’s enactment.

Conservatives have vehemently opposed affording non-citizens a vote from the start.

Upon the bill’s passage, New York GOP Chairman Nick Langworthy said the law would place the city “on a slippery slope toward illegal immigrants voting and foreign interference in our elections.”

One of the law’s primary proponents has not been bashful about her desire of starting a nationwide move to offer non-citizen residents a voice in elections.

“This is important not only for the city of New York,” Ydanis Rodriguez, the council member who introduced the bill, said on the day of its passage. “There are so many people in Texas and other places that they want to push our society back.”

Had the law stood, or were it to be revived under appeal, anyone who lives in New York City for at least 30 days, regardless of their citizenship status, would be eligible to vote. The law would not have extended to state or federal elections.