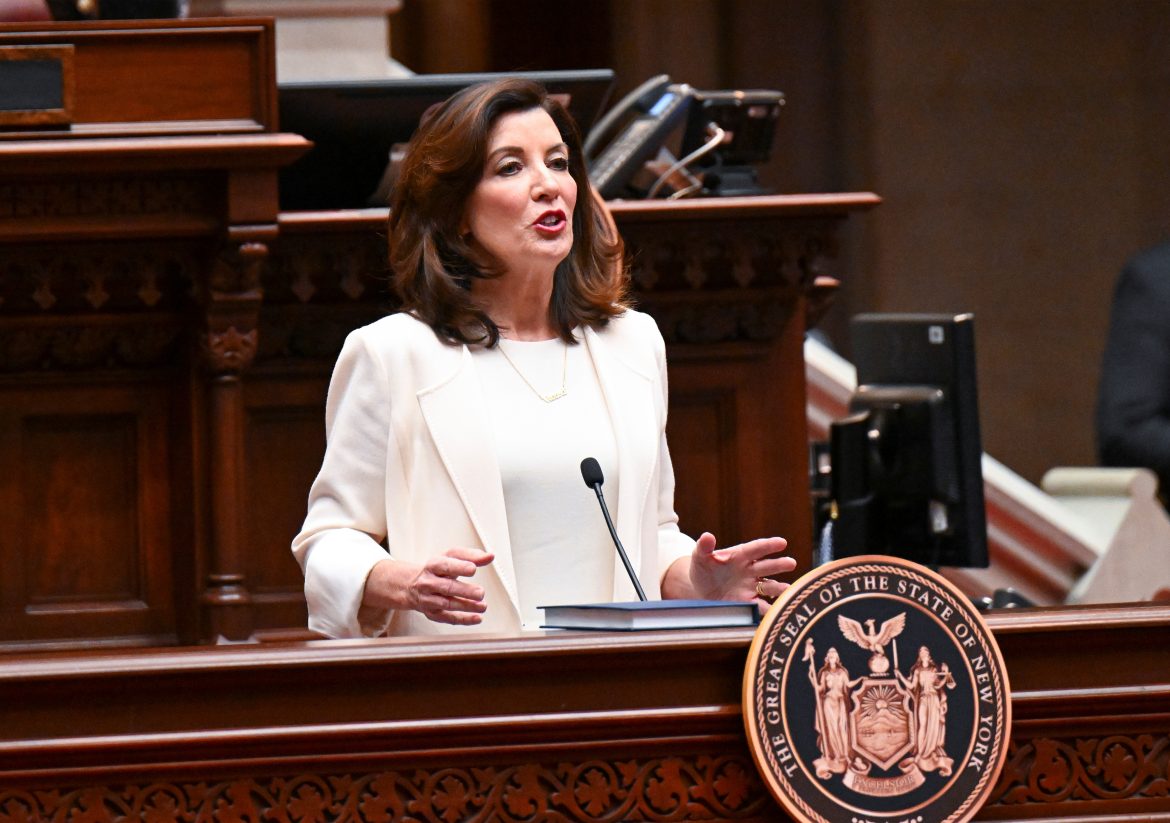 Minimum wage earners in New York aren’t the only ones receiving a wage increase this new year, thanks to their lawmakers and Democratic Gov. Kathy Hochul. The governor signed one last bill in 2022 to give state lawmakers a 29% raise effective on Sunday.

“As we rung in the New Year, the minimum wage in upstate New York increased from $13.20 to $14.20 — another step to put more money in New Yorker’s pockets and build a stronger, more equitable New York,” Hochul stated on social media.

The $1 dollar per hour increase is a paltry amount compared to the sum that she approved as a pay raise for both branches of the state legislature. The boost raises the base salary of both houses by $32,000 for a base total of $142,000.

Meanwhile, a forty-hour worker will only earn an additional $2,080 per year with the new minimum wage in Hochul’s “more equitable” New York.

The pay raise isn’t just exorbitant when compared to the percentage increase. It is also remarkable for leaping past California’s annual base salary of $119,000 for state lawmakers. New York now possesses the highest-paid legislatures of all states.

New York 1 reported that the bill was passed without a single Republican vote in both branches, who felt it was tone-deaf during inflation and the rising cost of living for constituents.

Democrat lawmakers also placed restrictions on how outside income could be earned. In 2025, outside income aside from military service, retirement plans, or investments will be capped at $35,000 for the duration of a lawmaker’s service.

That income cap has been criticized by Republican opponents.

“Their attempt to buy political cover by instituting a ban on outside income won’t make Albany better, it will make it worse,” said state Sen. George Borrello in explaining his “no” vote on the bill.

Borrello believes the income cap will discourage non-career politicians like “enterprising, accomplished individuals” from running for office. This would keep those who have “real-world experience” from entering public service.

New York legislatures approved the pay raise during a special session in December.

Their last pay raise was in 2018. This marks the legislators’ most closely timed consecutive pay raises in two decades.