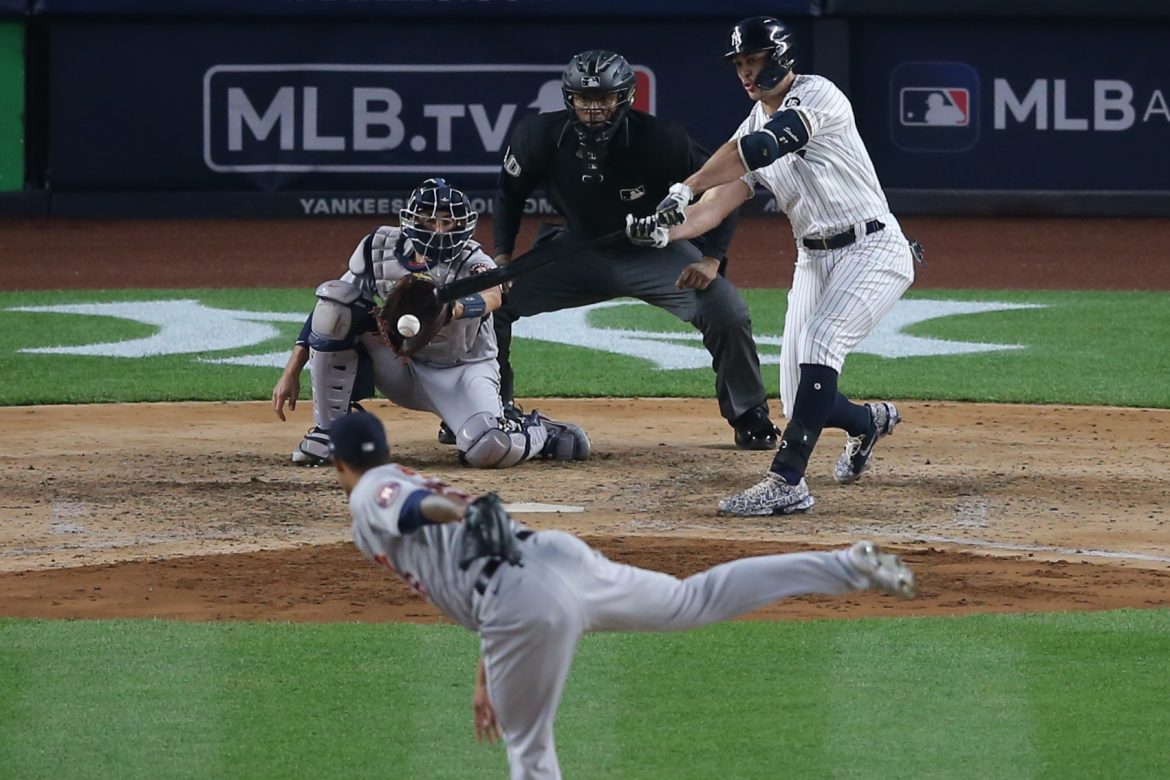 The Houston Astros felt the wrath of one of America’s most well-known fanbases Tuesday night.  The Astros began a series against the New York Yankees in the Bronx, and were slammed with angry boos immediately upon taking the field.  The Yankees, winners of a record 27 World Series championships, are infamous for their passionate fanbase. In light of this, such a response may not be surprising at first glance, but there is an intriguing history behind this reaction.

Allegations broke last year that the Astros have, in the last several seasons, used an elaborate system involving trashcans and radio devices taped to their jerseys to relay to the batter what pitch was coming next.  Stealing signs is not new in baseball, but many in the game believe the Astros crossed a line from gaining a competitive edge by using technology to blatantly cheat their way to a championship.  For Yankees fans, the anger is doubled, as they have lost to Houston in the playoffs twice in the last four years.

In 2017, the Astros defeated the Yankees in the American League Championship Series on their way to a World Series victory.  The Yankees pushed Houston to the limit as the series went the full seven games, but they could not match Houston’s offense.  In 2019 the teams met in the ALCS with the Astros prevailing once again, this time in six games.  Yankees fans believe they were robbed of two chances to add to their massive trophy collection, and they made sure to let the Astros know how they felt.  This game marked the first time the Astros have played in Yankee Stadium since that fateful 2019 ALCS.

Many fans touted trash-themed shirts and trash-themed signs, no doubt for the double meaning of the allegations and the fans’ opinion of the Astros players.  One clever fan attempted to enter Yankee Stadium wearing an Oscar the Grouch costume.  The fan, however, was denied entrance into the stadium until he removed his ingenious getup.

The Yankees did not disappoint their hometown faithful, getting a small piece of revenge by defeating Houston 7-3.  On Wednesday, the Yanks again defeated the accused cheaters, this time by a score of 6-3.