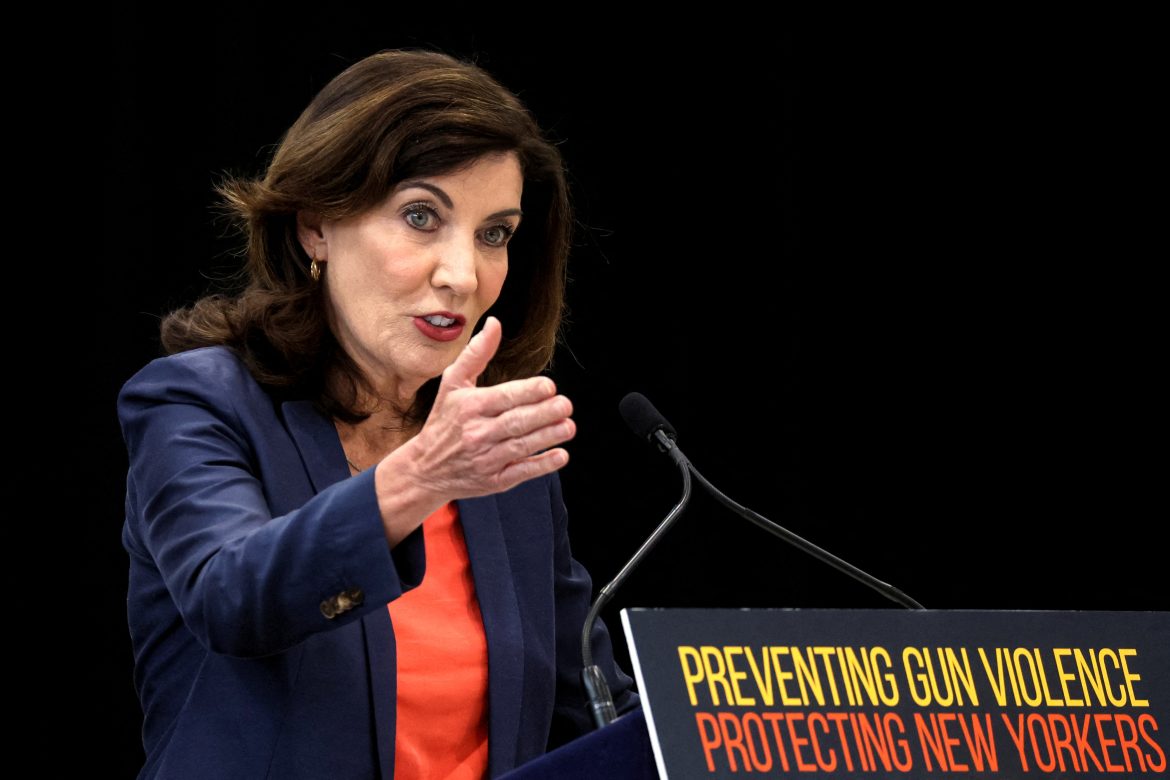 Speaking at a YMCA in New York City, tied the need for the laws she enacted to several tragedies over the past several weeks. Hochul first mourned the deaths of 10 Buffalo citizens who were shot and killed at a Tops Friendly Market by a white supremacist in her state. “It just keeps happening,” she said after also lamenting the massacre in Uvalde, Texas and the murders at a hospital in Tulsa, Oklahoma.

According to a release from Hochul’s office, the laws will affect a wide variety of gun control including the age to purchase semiautomatic rifles and the ability to share information on “gun loopholes.”

Signed into law less than one month after the tragic white supremacist act of terror at a Buffalo supermarket, this comprehensive ten-bill package will: ban the sale of semiautomatic rifles to anyone under 21 by requiring a license; prohibit the purchase of body armor by anyone not engaged in an eligible profession; strengthen the Red Flag Law by expanding the list of people who can file for Extreme Risk Protection Orders (ERPOs) and requiring law enforcement to file ERPOs under a very specified set of circumstances; make threatening mass harm a crime; require microstamping for new semiautomatic handguns; enhance information sharing between state, local and federal agencies when guns are used in crimes and strengthen requirements for gun dealers related to record-keeping and safeguarding their inventory; close the “other gun” loophole by revising and widening the definition of a firearm; eliminate the grandfathering of large capacity feeding devices; and require social media platforms to provide a mechanism for users to report hateful conduct.

Two executive orders were also signed by Hochul. The first will start process reviews and make efforts “dedicated to preventing domestic terrorism” within the state. The second will have New York police submit a “temporary extreme risk protection order” for an individual who “is likely to engage in conduct that would result in serious harm to himself, herself, or others.”

Hochul said she and the state of New York are taking “bold, strong action” by signing this new bill package into law. The package previously passed through both state chambers on Thursday, June 2 before heading to Hochul’s desk.

After the legislation was passed, Hochul released a statement announcing her intent to sign it into law. Within that statement, Hochul said she recognized that “this is a nationwide problem.” She then called on Congress “to seize this moment and pass meaningful gun violence prevention measures.”

New York Attorney General Letitia James, who previously attempted to dissolve the National Rifle Association, said that with the passage of these laws, “New York will continue to lead in imposing reasonable gun laws that keep our people safe, and I urge other states to follow suit.”

The New York Republican State Committee released a statement on May 31 commenting on the legislative package before it had passed in the state chambers. NYGOP Chairman Nick Langworthy said of the package at the time that it “does nothing to actually address the underlying mental health crisis at the center of the problem nor does it invest in securing our schools.”

“If Hochul and legislative leaders cared about shooting victims, they would vote today to repeal their disastrous bail laws that have turned our streets over to violent criminals. Instead, they are focused on giving themselves election-year talking points and a pat on the back without doing the hard work. Shame on them,” Langworthy added.

You can watch the signing ceremony and Hochul’s speech below: