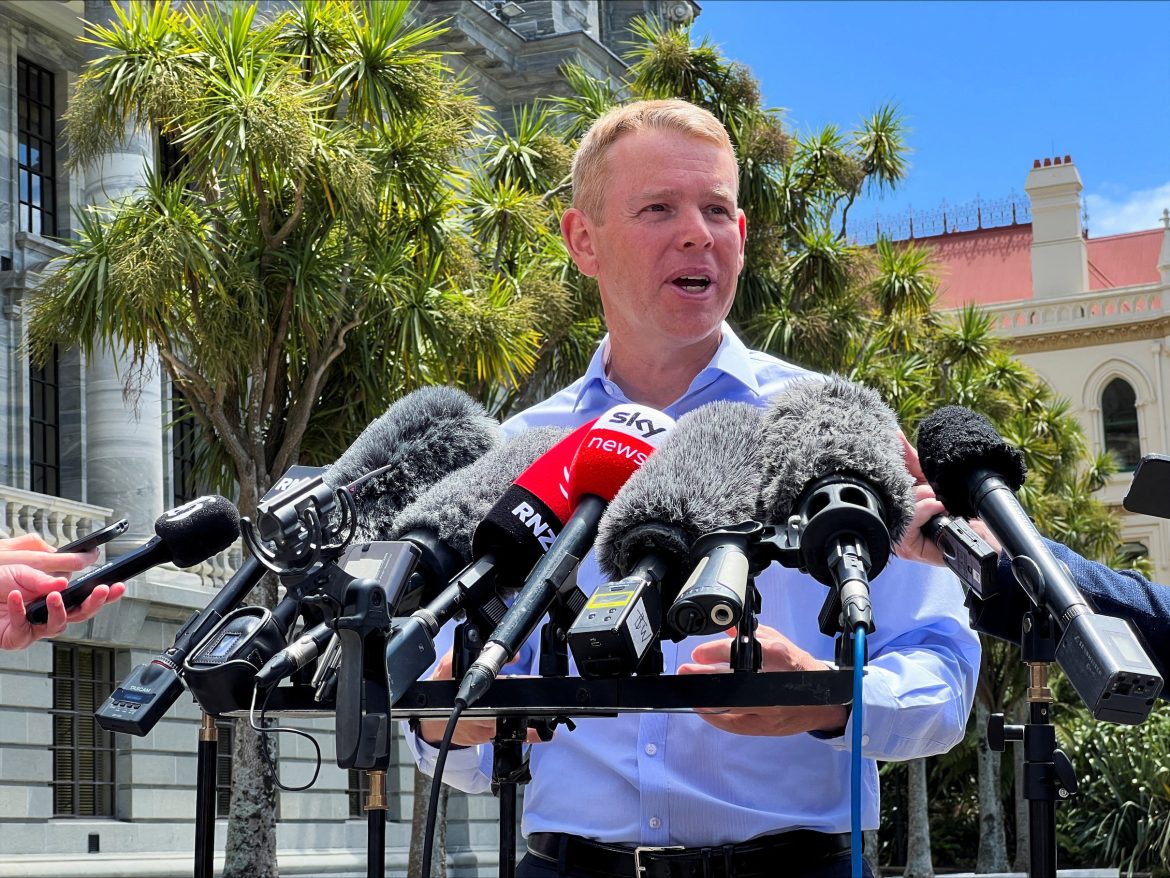 New Zealand‘s ruling Labour Party chose former COVID minister Chris Hipkins on Sunday to replace the charismatic Jacinda Ardern as its new leader, and become the next prime minister of the country.

Hipkins, 44, was the only nomination for the job and his confirmation at a party meeting on Sunday, known as the Labour caucus, was largely a formality.

His appointment to the top job followed the surprise resignation on Thursday by Ardern, who said she had “no more in the tank” to lead the country.

“This is the biggest privilege and biggest responsibility of my life,” Hipkins said at a news conference announcing his appointment. “I am energized and excited by the challenge that lies ahead.”

Hipkins immediately acknowledged the leadership of Ardern, who he called one of New Zealand’s greatest prime ministers and an inspiration to women and girls everywhere.

“She gave voice to those often overlooked in times of challenge and purposefully went about doing politics differently,” Hipkins said.

But some of the hate Ardern faced during her term is a reminder that “we’ve got a way to go to ensure women in leadership receive the same respect as their male counterparts”, he added.

Known as “Chippy”, Hipkins built a reputation for his harsh tactics in tackling COVID-19 and was a troubleshooter for Ardern when other cabinet ministers were struggling.

New Zealand had some of the most stringent COVID lockdown measures that included cutting off foreign travel until August 2022. Hipkins caused controversy when he said in 2021 that he would “go out and find” people who refused the vaccine.

First elected to parliament in 2008, he became a household name fronting the government’s response to the pandemic. He was appointed health minister in July 2020 before becoming the COVID response minister at the end of the year.

Sepuloni, 46, is of Samoan, Tongan, and New Zealand European descent and lives in Auckland. She holds a number of portfolios, including social development and employment and arts, culture, and heritage.

Hipkins said the rest of his team would be announced later.

Hipkins said he has seen the media focus on Ardern’s personal life, and wants to keep his two young children and his family out of the limelight.

He said a year ago he and his wife decided to live separately: “She’s still my best friend but we have made that decision in the best interest of our family.”

Local polls have shown Hipkins was the most popular potential candidate among voters. While Ardern was popular early in her five-and-a-half-year tenure, her ratings have slid on a backlash to strict COVID curbs, rising living costs and mortgage rates, and concerns about crime.

Hipkins has a tough road ahead with Labour trailing the opposition in opinion polls and the country expected to fall into recession next quarter before a general election on Oct. 14.

Hipkins acknowledged that he was taking on the job at a challenging time, and said his government will focus on “bread and butter issues”.

“Over the coming week the cabinet will be making decisions on reining in some programs and projects that aren’t essential right now. We will be focused on middle and low-income New Zealanders and the small businesses that are [finding] it tough to get by,” he said.

The economy is in sound shape, he said.

“Our books and our economy are in a better shape than many around the world and we are absolutely resolved to help the New Zealanders through these tough economic times,” he said.

Before Hipkins becomes prime minister, Ardern will tender her resignation to King Charles’ representative in New Zealand, Governor General Cindy Kiro. Kiro is to appoint Hipkins to the role and he will be sworn in. Hipkins said he will be sworn in on Wednesday.