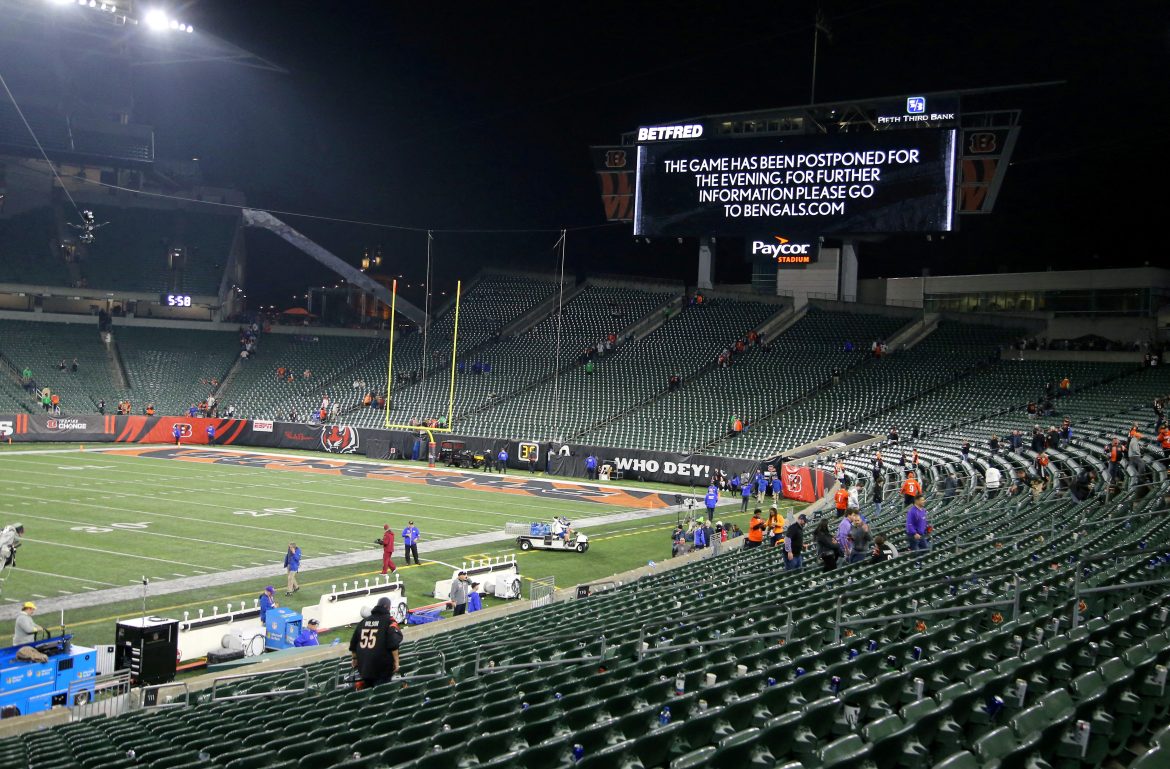 The National Football League (NFL) said on Tuesday that a game between the Buffalo Bills and Cincinnati Bengals would not resume this week after Bills player Damar Hamlin suffered cardiac arrest on the field Monday night.

The 24-year-old briefly got to his feet after making a tackle on the Bengals‘ Tee Higgins in the first quarter but then fell on his back.

The game in Cincinnati was halted as medical staff quickly attended to him while players from both teams took a knee. Hamlin was given CPR before leaving the field in an ambulance.

The NFL later announced the game had been postponed.

Fans have donated nearly $4.1 million to a charity toy drive hosted by Hamlin and Chasing M’s Foundation in less than 24 hours in tribute to the injured Buffalo Bills safety.

Not long after Hamlin was transported by ambulance, fans began to share the GoFundMe page that Hamlin established when he played collegiately at Pittsburgh. The goal of the drive was to help provide toys to children during the pandemic.

GoFundMe verified the page Tuesday morning and said Hamlin’s initial goal of $2,500 was far exceeded by nearly 130,000 donations in the 10 hours after he collapsed on the field.

Among the donors listed on the GoFundMe site are New Orleans Saints quarterback Andy Dalton and his wife, JJ, with a $3,000 gift.