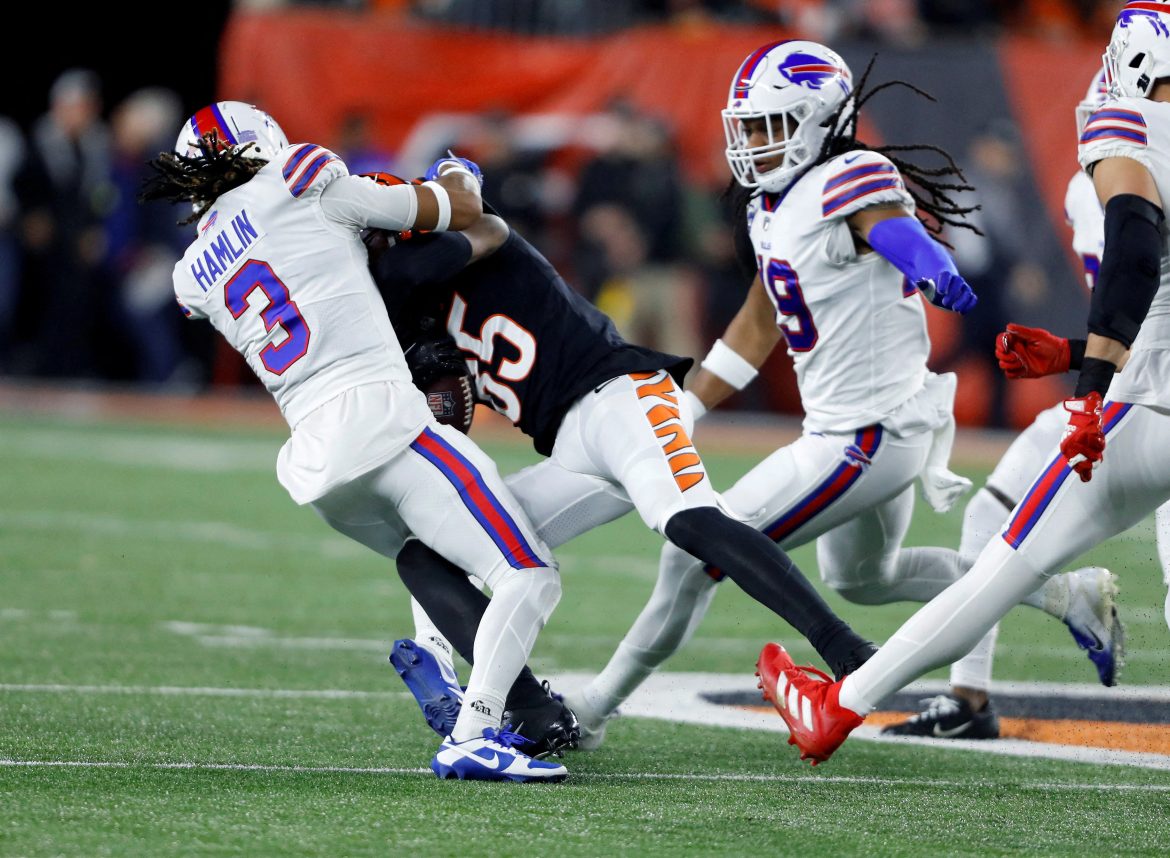 NFL teams returned to practice on Wednesday with heavy hearts, two days after Buffalo Bills safety Damar Hamlin went into cardiac arrest and had to be resuscitated by medical personnel on the field during a game in Cincinnati.

The league announced the Bills, Bengals and the other 30 teams will play their games as scheduled this weekend.

Several players around the NFL aren’t sure they’re ready to take the field this soon.

The 24-year-old Hamlin remains in critical condition in a hospital in Cincinnati, though the team said he’s shown signs of improvement.

“I’m sure if you polled the locker room there would be mixed votes on that,” Bengals quarterback Joe Burrow said about playing against the Baltimore Ravens on Sunday. “Personally, I think playing is going to be tough. But there’s people that want to play, and there’s people that don’t. Personally, I probably want to play. I think getting back to as normal as you can as fast as you can is how I deal with these kind of things. But like I said, everybody has a different way of dealing with it.”

Philadelphia Eagles defensive tackle Fletcher Cox said he couldn’t play if he was one of the Bills players.

The Bills will host the New England Patriots. NFL executive Troy Vincent said there have been no discussions about postponing the game.

“Frankly, my concern is to make sure the men have what they need to function, and that’s getting through this day. Tomorrow is going to take care of itself,” Vincent said. “So from my communications with the club and those players, it’s just strictly been around making sure they’re OK to check in, and being able to access those resources that are available to them. It is tough. And Coach is still battling.”

The Bills held team meetings and a walkthrough practice Wednesday but there was no media availability. Coach Sean McDermott and some players are expected to speak to reporters Thursday for the first time since Hamlin’s scary incident.

“I’ve punctured my lung. I’ve been taken in an ambulance to the hospital. I’ve had many injuries over my career. But to see someone, see a player, one of my brothers, one of my fraternity brothers here in the NFL go through something like that, that’s very difficult to watch.” Green Bay Packers receiver Randall Cobb said. “I can’t even express the emotions. It’s been a rollercoaster. I’ve had tears. I’ve been mad. I’ve been angry. I’ve been asking why, how. It’s real. We’re real people.

I know that we put a helmet on and we take the field and we’re like present-day gladiators, but we go home to a family. I’ve got two kids at home who are expecting me to walk back in that door. I’ve got a wife. I’ve got a dad that’s here. My mom’s coming up this weekend. I have family and I have people that care about me, as all of us, all of our players, all of my teammates, all my NFL brothers, we all have this feeling. We all understand what we do to put our bodies on the line, to go out there and play this game. But it is a game at the end of the day. You don’t expect you’re going to see or have someone go through what he’s going through right now. I really just hope, and I think that everyone has really felt the gravity of this situation. We’ll see where we go from here.”

Hamlin collapsed after making a tackle. NFL chief medical officer Dr. Allen Sills said the cause of his cardiac arrest is still under investigation.