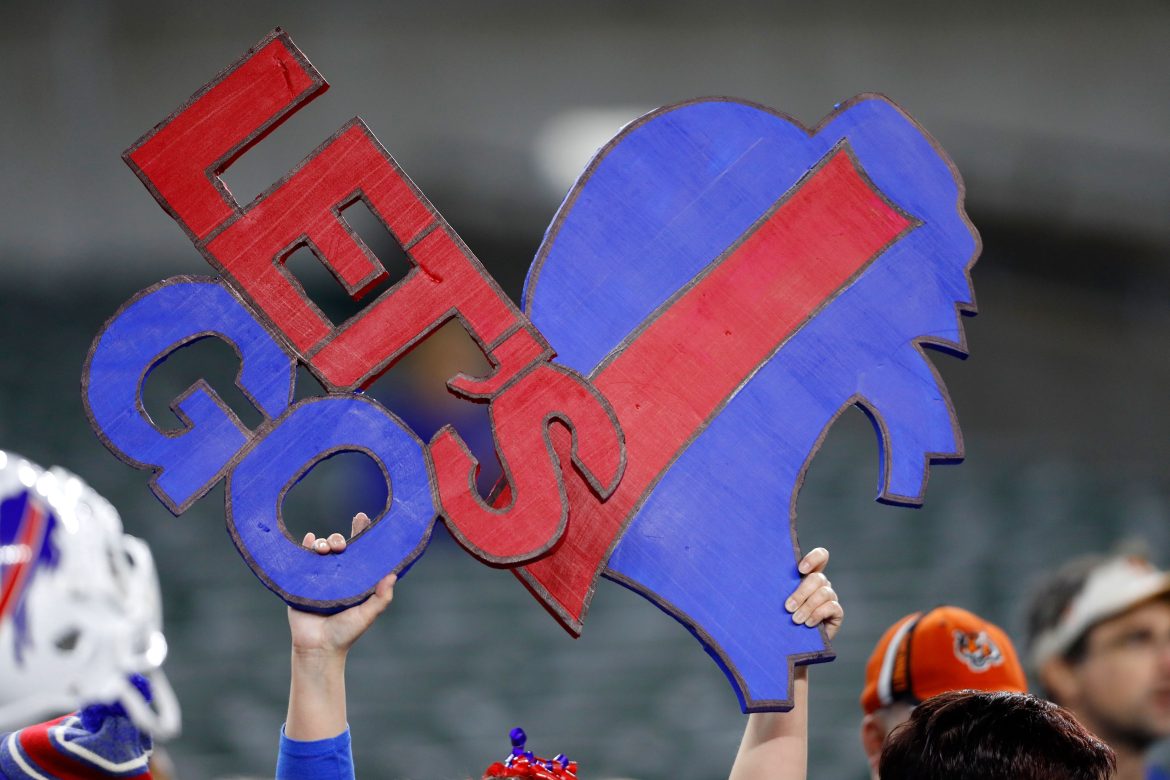 The NFL’s wild-card weekend had a big comeback, upsets, and close finishes.

Of the five winning teams, only the San Francisco 49ers had a double-digit victory. Rookie phenom quarterback Brock Purdy threw three touchdown passes and ran for a score in a 41-23 victory over the Seattle Seahawks on Saturday.

The 49ers add to their lead late. pic.twitter.com/VgqFtHcvIU

Purdy was selected with the very last pick in the 2022 NFL Draft out of Iowa State. He is the first “Mr. Irrelevant” to ever start an NFL game at quarterback. He is now 7-0 with 16 passing touchdowns and just three interceptions as a starter after taking over for the injured Jimmy Garoppolo in December.

The Jacksonville Jaguars rallied from a 27-0 deficit against the Los Angeles Chargers and beat them 31-30 on Riley Patterson’s 36-yard field goal as time expired. It was the third-biggest comeback in NFL Playoff history.

Patterson took off the cross necklace he was wearing while teammates carried him on their shoulders and held it up for cameras.

“I had no doubt, all the faith in the world, everybody on the line … perfect snap, perfect hold, and it was really pretty flawless. It was awesome,” Patterson said.

Riley Patterson giving all the glory to God! #Jags pic.twitter.com/hGynzeILXz

Afterward, Patterson responded to a photo of him holding up his cross on Twitter by posting: “1 Chronicles 29:10-12.”

David praised the Lord in the presence of the whole assembly, saying, ‘Praise be to you, Lord, the God of our father Israel, from everlasting to everlasting. Yours, Lord, is the greatness and the power and the glory and the majesty and the splendor, for everything in heaven and earth is yours. Yours, Lord, is the kingdom; you are exalted as head over all. Wealth and honor come from you; you are the ruler of all things. In your hands are strength and power to exalt and give strength to all.

Jaguars QB Trevor Lawrence rebounded from throwing four interceptions in the first half to toss four TDs to lead the comeback.

BILLS SQUEAK OUT WIN OVER DOLPHINS

On Sunday, the Buffalo Bills struggled to get past the undermanned Miami Dolphins 34-31.

Josh Allen had 352 yards passing with three TDs and two interceptions. The Dolphins started third-string QB Skylar Thompson because of injuries to Tua Tagovailoa and Teddy Bridgewater. Thompson threw a costly interception deep in Miami’s territory to set up Buffalo’s go-ahead score in the third quarter.

Daniel Jones threw for 301 yards and two TDs and Saquon Barkley ran for two scores. The game ended for the Vikings when Kirk Cousins completed a 3-yard pass to TJ Hockenson on fourth-and-8.

Backup quarterback Tyler Huntley lost the ball when he tried to leap into the end zone from the 1 with the score tied at 17 in the fourth quarter. Sam Hubbard grabbed the ball and ran 98 yards the opposite way for the decisive score.

Anyone else watched this video of a Hubbard’s touchdown 100 times yet? Just me? #Bengals pic.twitter.com/5YOjkz31oW

The Ravens had a chance to tie it on the final play when Huntley threw a desperation pass into the end zone from the Bengals’ 27. The ball hit a defender’s hands and went off Ravens wide receiver James Proche’s hands.

Huntley’s fumble was the game-changer. The play was designed for Huntley to tuck the ball and run toward the goal line with teammates pushing him. Instead, he opted for a leap and held the ball out.

“We just didn’t execute it right,” Ravens coach John Harbaugh said. “Tyler went over the top. It was designed for him to go low.”

The NFC South Champion Tampa Bay Buccanneers host the Dallas Cowboys tonight at 8:15 p.m. ET in the final game of the Wild Card Round.

The 49ers will host the winner of the Monday night matchup between the Dallas Cowboys and the Tampa Bay Buccaneers.

The win for the Bengals sets up a rematch against the Bills in Buffalo next week. The teams met on Jan. 2 when the game was stopped after Bills safety Damar Hamlin collapsed in the first quarter and needed to be resuscitated on the field. Hamlin has made a remarkable recovery and he watched the Bills beat the Dolphins from his home Sunday.