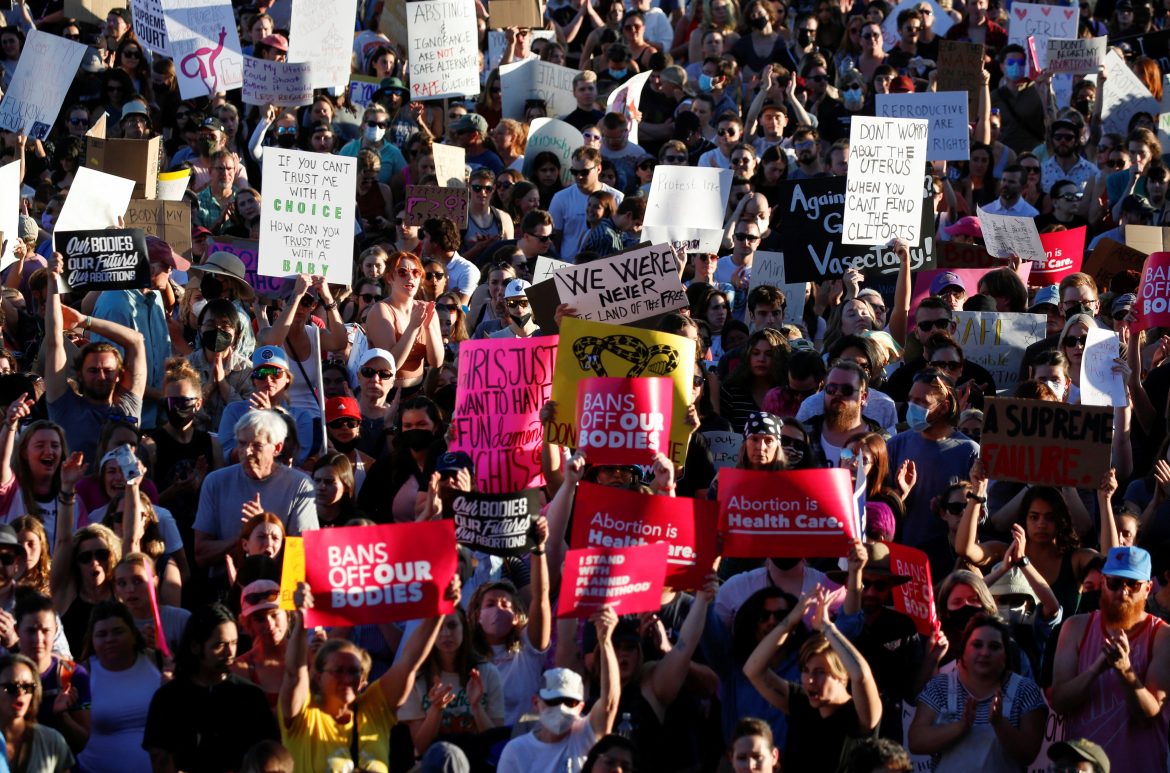 The called-for “Night of Rage” after the Supreme Court finalized their reversal of the 1972 Roe vs. Wade decision ended with protest arrests, tear gas, and one state’s senate “held hostage” by a volatile crowd.

In Arizona, a state with a pro-life “trigger law” that took effect upon Roe’s reversal, protestors threatened to overrun the state senate building and attempted to break through a window. Republican State Sen. Kelly Townsend tweeted Friday night, “We are currently there being held hostage due to members of the public trying to breach our security.”

She clarified that protestors had not breached the facilities. Instead, lawmakers were instructed not to exit the building. Townsend added that they could “smell teargas” and that one of her fellow senator’s children were “sobbing with fear.”

Other lawmakers confirm hearing the bangs as law enforcement deployed teargas canisters to disperse the crowd.

“I expect a [June 24] committee to be created immediately,” Townsend tweeted, referring to the federal January 6 committee investigating a breach of the U.S. Capitol Building in 2021.

Militant anarchist group Jane’s Revenge and other pro-abortion groups called for a night of violent protests nearly a month ago. With expressions like “we need the state to feel our full wrath” and “we need them to be afraid of us,” a communiqué posted on May 30 asked all pro-abortion women to enact physical expressions of their anger on the night that the Supreme Court issued its final ruling.

Ahead of ‘Night of Rage,’ different groups made a target list out of a Crisis Pregnancy Center map – created by two University of Georgia professors as a helpful resource for women seeking an alternative to abortion. This map was shared by the antifa-aligned groups Puget Sound Anarchists and Colorado Liberation and Autonomy. The Minnesota-based anarchist group Twin Cities Encampment Responders also shared the image.

Yesterday after the ruling, Twin Cities Encampment tweeted out a Minnesota map of what they called “fake abortion clinics” with the suggestion they couldn’t all be guarded:

They have enough riot police to guard the supreme court, but not enough to guard every fake abortion clinic in Minnesota mapped by @RacketMN, just saying https://t.co/Uwp2R3ewYm

Despite threats, the ‘Night of Rage’ appears to have passed without major harm to Crisis Pregnancy Centers around the nation; but some protests took a violent turn throughout the night.

At 9 p.m., a 17,000-strong crowd took to the streets in New York to protest the Supreme Court decision. The New York Post reports this group broke a window and poured unidentified liquid into the Women’s National Republic Club building located on 51st street. The crowd also threatened to burn down the News Corp building on 6th avenue; it contains offices for both the Post and Fox News.

A truck driver crashed through a smaller protest outside of the Cedar Rapids, Iowa, courthouse. There was one injury and no fatalities.

Cedar Rapids council member Ashly Vanorny told a local news source that there was no reason to believe the driver was politically-motivated, instead saying the driver was “impatient” and had “blatant disregard for human life.”

In Los Angeles, protestors reportedly surrounded police officers and threw drinks on them, causing officers to retaliate with stun batons. Journalist Andy Ngo also shared video footage of protestors, in an attempt to shut down an LA freeway, using sticks to “attack drivers” who wouldn’t stop.

The White House denounced “violence and destruction of property” at a Wednesday press gaggle ahead of the ‘Night of Rage.’ Press Secretary Karine Jean-Pierre added, “Actions like this are completely unacceptable regardless of our politics.”