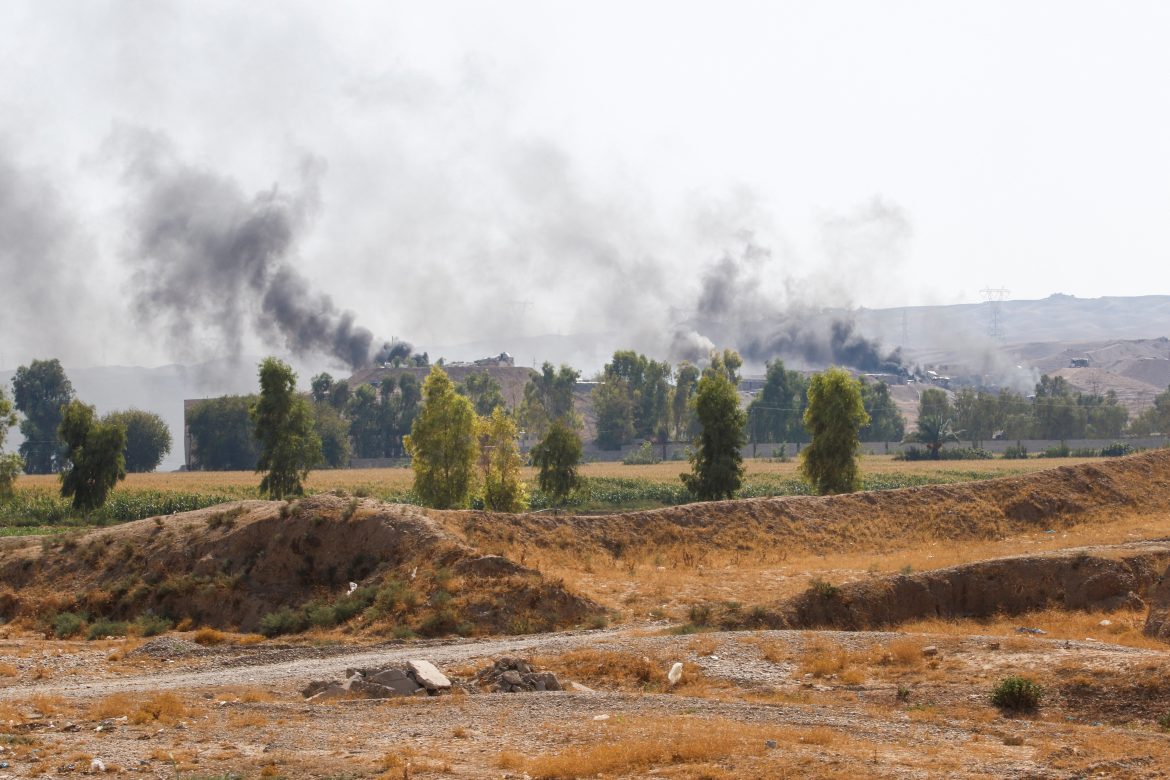 Iran’s Revolutionary Guards said on Wednesday they fired missiles and drones at militant targets in the Kurdish region of neighboring northern Iraq, where an official said nine people were killed.

The strikes were reported after Iranian authorities accused armed Iranian Kurdish dissidents of involvement in unrest now shaking Iran, especially in the northwest where most of the country’s population of over 10 million Kurds live.

Nine people were killed and 32 wounded in the attacks near Erbil and Sulaimaniya in Iraqi Kurdistan, its health minister, Saman Barazanchi, said in a statement.

“Some of the wounded are in critical condition and death toll could rise,” Barazanchi said in a statement.

A senior member of Komala, an exiled Iranian Kurdish opposition party, told Reuters that several of their offices were struck as well.

Tariq Haidari, mayor of the Iraqi Kurdish city of Koye, told Reuters that two people including a pregnant woman were killed and 12 wounded. Some of the wounded were rushed in critical condition to hospital in Erbil, he said.

The Revolutionary Guards, Iran’s elite military and security force, said after the attacks that they would continue targeting what it called terrorists in the region.

“This operation will continue with our full determination until the threat is effectively repelled, terrorist group bases are dismantled, and the authorities of the Kurdish region assume their obligations and responsibilities,” the Guards said in a statement read on state television.

Iraq’s foreign ministry condemned the attacks, as did the United States. A U.S.State Department official called it “an unjustified violation of Iraqi sovereignty and territorial integrity,” adding, “Moreover, we further condemn comments from the government of Iran threatening additional attacks against Iraq.”

Iraq’s foreign ministry spokesman said in a statement on Wednesday that the ministry would summon the Iranian ambassador to inform him of Iraq’s objection to the attacks on Iraqi territories and that Iraq considers this action as a violation of sovereignty.

Protests erupted in Iran this month over the death of a young Iranian Kurdish woman, Mahsa Amini, in police custody.

Amini, 22, from the northwestern Kurdish city of Saqez, was arrested on Sept. 13 in the capital Tehran for “unsuitable attire” by the morality police, who enforce the Islamic Republic’s strict dress code.

She died three days later in hospital after falling into a coma, sparking the first big show of opposition on Iran’s streets since authorities crushed protests against a rise in gasoline prices in 2019.