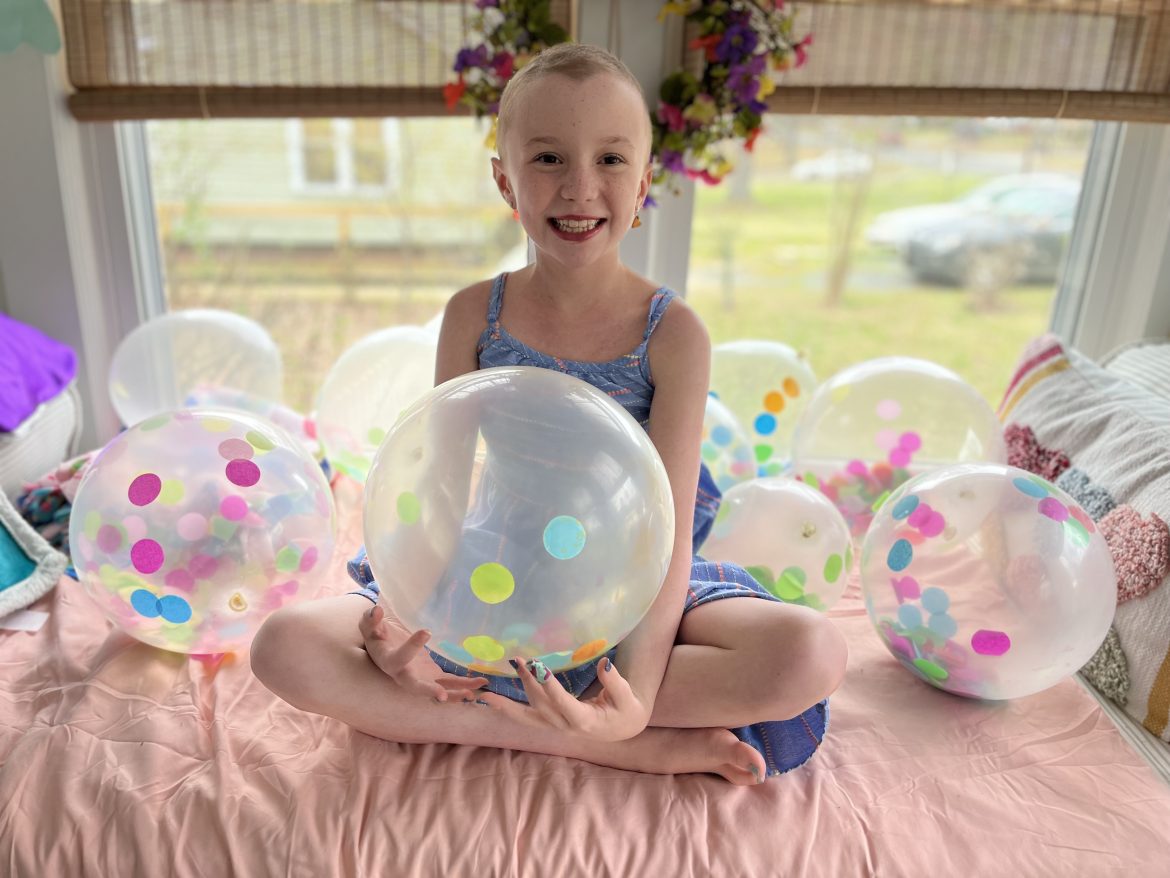 Nine-year-old Harper Harrell has raised over $27,000 for cancer research since her diagnosis of acute lymphoblastic leukemia in October 2021.

According to a report by Fox News, Harrell has raised money selling “Peace out, cancer” T-shirts for the V Foundation for Cancer Research in an effort being called the “Brave Like Harper” campaign.

“I know that it’s hard and that it’s tough. And if there’s any other way to make it feel any better than it does, I would love to help … because it isn’t really easy doing this,” Harrell told Fox News Digital.

According to St. Jude, acute lymphoblastic leukemia (ALL) is the most prevalent kind of juvenile cancer.

Every year, ALL is discovered in about 3,000 people under the age of 20. According to the V Foundation, more than 15,000 kids and teenagers receive cancer diagnoses each year in the United States.

The inspiration for the shirts began when Harrell was drawing in a notebook during her treatments. One of the drawings included a ribbon with the phrase, “Peace Out, Cancer” on it, and her mother, Heather Hindin, brought her idea to life by putting it on shirts.

So far the pair have done three T-shirt campaigns, raising tens of thousands of dollars, and donating proceeds to the V Foundation’s Dick Vitale Fund for Pediatric Cancer.

Since the foundation’s endowment covers all administrative costs, all donations go directly to cancer research.

V Foundation board member Dick Vitale praised the child’s efforts saying, “Yes my hero of the day HARPER HARRELL 9 yrs old batting cancer yet finds time to raise $$$ to HELP OTHERS. Must contact her so that we can invite HARPER & her family as my guest to the Gala on May 5! ⁦@TheVFoundation.”

Yes my hero of the day HARPER HARRELL 9 yrs old batting cancer yet finds time to raise $$$ to HELP OTHERS . Must contact her so that we can invite HARPER & her family as my guest to the Gala on May 5 ! ⁦@TheVFoundation⁩ https://t.co/AKwUpqf2Wn

Thanks to contributions from It Works! founders Mark and Cindy Pentecost, donations to the Dick Vitale Fund for Pediatric Cancer will be matched dollar for dollar up to $1 million.

“Try and help and assist where you can, and you will do great,” advised Harrell, who loves helping others. Even though her diagnosis is a difficult one, Harrell knows “one small thing could change a lot.”