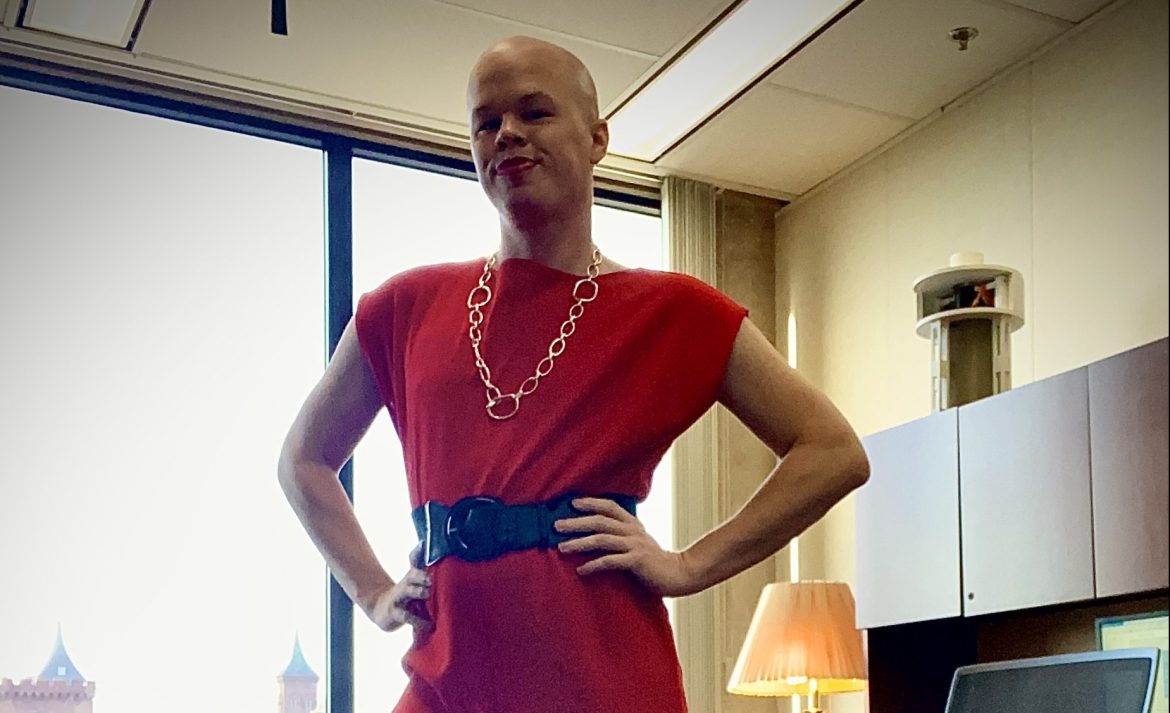 A senior Energy Department (DOE) official has been charged with felony theft and was placed on leave after surveillance footage allegedly caught him stealing a woman’s luggage from the Minneapolis St. Paul (MSP) airport baggage claim.

Sam Brinton, a biological male who identifies as non-binary, is facing charges for allegedly collecting a Vera Bradley suitcase from a luggage carousel on Sept. 16, despite the fact that he did not check a bag of his own. The total value of the luggage is estimated to be over $2,300.

Brinton, who has served as the Deputy Assistant Secretary for Spent Fuel and Waste Disposition which is in the Office of Nuclear Energy for the Biden administration since June of this year, has been the center of controversy since his hire because of his unabashed participation in kinks and fetishization. Prior to his work within the Biden administration, Brinton was involved in “anti-conversion activism” and taught “Kink 101” workshops on college campuses, according to The National Pulse.

According to a report by Fox News, a criminal complaint filed on Oct. 26 states that MSP law enforcement was alerted to a missing suitcase by a woman who had flown to MSP on a Delta flight from New Orleans. Surveillance showed Brinton remove the luggage tag from the bag, place it inside his handbag, and leave the area with the suitcase “at a quick pace.” Brinton had traveled from Washington D.C. on an American Airlines flight that day and checked in at the InterContinental St. Paul Riverfront Hotel with the bag in tow.

According to authorities, he returned to MSP with the bag on Sept. 18 and traveled again with the bag on an international trip in early October. When confronted about the missing bag by authorities, Brinton initially denied taking anything that did not belong to him, but later called back and admitted he was not “completely honest.”

He allegedly told authorities that he took the bag because he was tired and thought it was his, but “got nervous” realizing it wasn’t his at the hotel and didn’t “know what to do.” Brinton then stated he left the woman’s clothes in the hotel dresser, but authorities have said no clothing was recovered from the hotel room.

After the allegations and charges against Brinton made headlines last week, Senator John Barrasso sent a letter to the DOE demanding Brinton’s termination and security clearance revocation.

The letter states, “It is in the interest of both the Department’s mission and our national security that the Deputy Assistant Secretary’s clearance be immediately revoked. Additionally, the Department should undertake all necessary steps to terminate their employment immediately.”

Senator Barrasso continued, “..it is imperative executive branch officials are free of a history of conduct unbecoming of federal service,” and accused the department of “an egregious inattention to potential insider threats within the Department and the greater safety of the American public.”

Brinton faces up to five years in jail and a fine of $10,000 dollars for the crime if convicted.