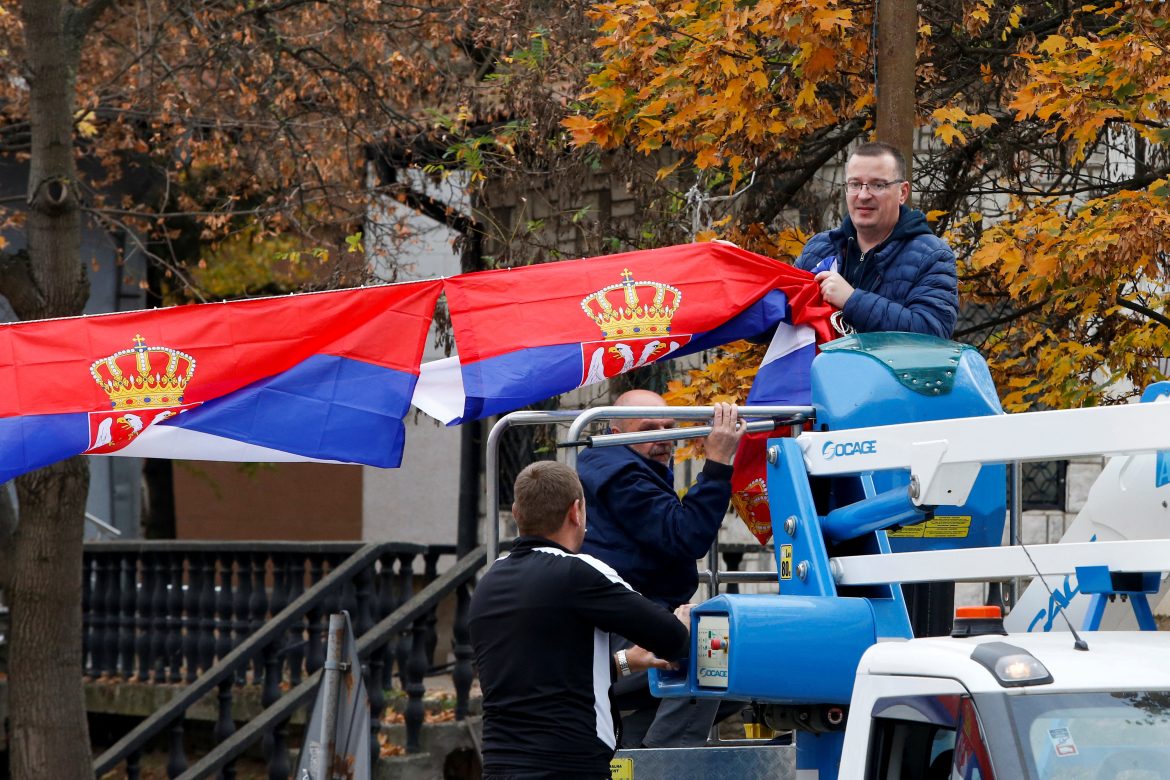 Minority Serbs in the north of Kosovo said on Saturday they were quitting their posts in state institutions including the government, police, and courts to protest Pristina’s order for them to start using Kosovo vehicle license plates.

The long-running license plate row has stoked tensions between Serbia and its former province of Kosovo, which gained independence in 2008 and is home to a small ethnic Serb minority in the north that is backed by Belgrade.

Following a meeting of Serb political representatives in the north of Kosovo, Minister of Communities and Returns Goran Rakic said he was resigning from his post in the Pristina government.

He told reporters that fellow representatives of the 50,000-strong Serb minority in the north had also quit their jobs in municipal administrations, the courts, police, and the parliament and government in Pristina.

Rakic said they would not consider returning unless Pristina abolishes the order for them to switch their old car license plates, which date to the 1990s when Kosovo was a part of Serbia, to Kosovo state plates.

They also demanded the formation of a union of Serb municipalities giving Serb-majority districts greater autonomy, he said.

“They serve all of us, every single one of you. Don’t fall prey to political manipulations and geopolitical games,” Kurti added in a Facebook post.

An interior ministry official, who spoke on condition of anonymity, told Reuters some police units were extending shifts to up to 12 hours from the normal eight to make up for the absence of the Serb officers.

In Serbia, Prime Minister Ana Brnabic said her government “stands by our brave and proud people in Kosovo”.

Kosovo’s government has said it will start issuing fines this month to Serb drivers using old pre-independence plates and will confiscate vehicles that have not had their registration numbers changed by April 21, 2023.

Kosovo’s main backers, the United States and the European Union, have urged Kurti to postpone implementing the car plates ruling for another 10 months, but he has refused.