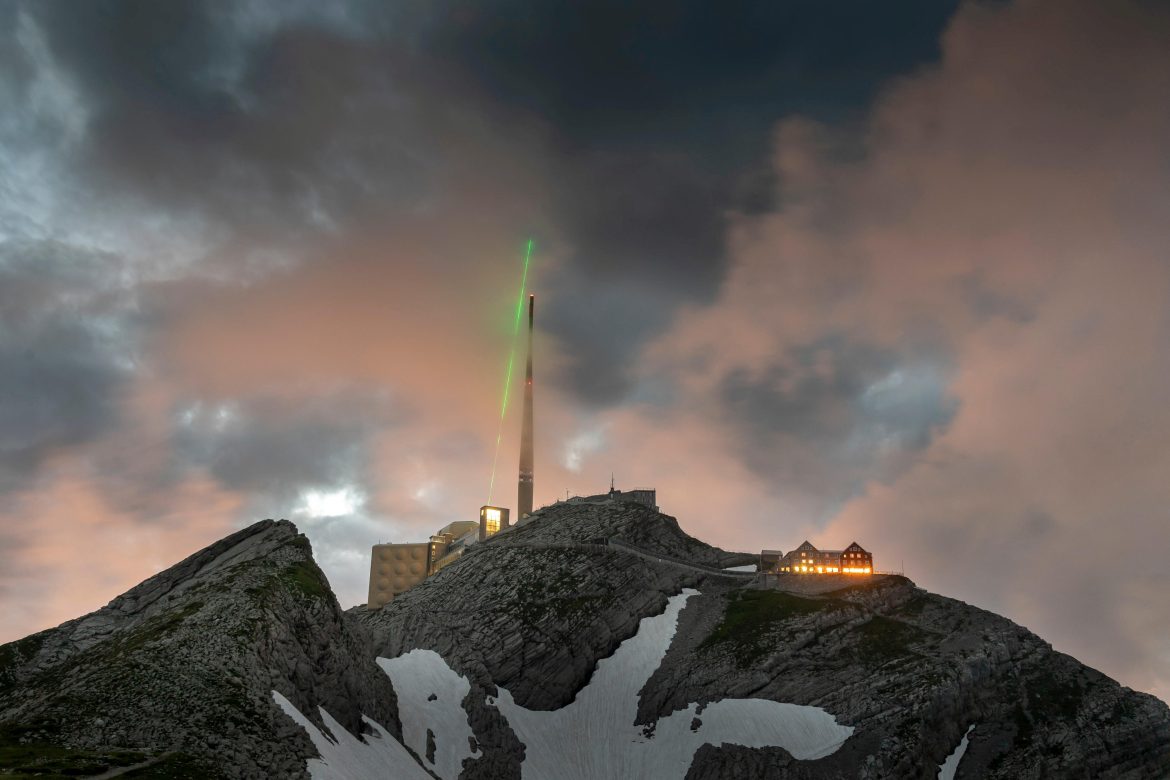 Researchers re-directed bolts of lightning using a high-powered laser for the first time outside a laboratory in Switzerland.

Scientists are hoping the technology can be used to divert lightning away from dry fields, airports, and other vulnerable locations.

On the Säntis mountain in northeastern Switzerland, Aurelien Houard and his team set up the powerful laser near a telecommunications tower that was tipped with a lightning rod. The rod is usually struck by lightning around 100 times yearly, and the laser was pointed toward the sky during thunderstorms from July to September of 2021. The laser was in use for a total of about six hours.

During these tests, intense laser pulses (1,000/second) were emitted and successfully bent lightning toward a lightning rod. This experiment is the first to show the real-life application of this technology and may lead to better protection from lightning strikes.

“We demonstrate for the first time that a laser can be used to guide natural lightning,” says Houard, a physicist from Ecole Polytechnique’s Laboratory of Applied Optics in France, and coordinator of the Laser Lightning Rod project and lead author of the research published in the journal Nature Photonics.

The most common technology used now is the classic lightning rod, a meters-long metal pole that lures lightning to it through its conductive nature. It then feeds it into the ground, keeping the lightning from striking buildings or people. This avoids any damage to anything nearby, though the shield of protection is limited based on the rod’s height.

“If you want to protect some large infrastructure, like an airport or a launching pad for rockets or a wind farm … then you would need, for good protection, a lightning rod of kilometer size, or hundreds of meters,” says Houard.

This size pole is impractical in a real-world application. However, a laser could easily reach that far and intercept distant bolts of lightning. The laser would divert the bolts to ground-based metal rods, lowering the possibility of damage.

The laser pulses light that rips electrons off air molecules and knocks them out of the way. This carves out a low-density, charged plasma channel, making it easier for the electric current of a lightning bolt to follow — aka the path of least resistance.

The team even got two high-speed cameras to capture one of the strikes that happened while the sky was a bit clearer during the experiment. The images show the lightning following the laser for about 50 meters toward the lightning rod, keeping it from striking the laser equipment or building.

This Laser Lightning Rod could protect large infrastructure, such as power stations, airports, wind farms, and launchpads, much more easily than an extra tall lightning rod. Lightning strikes cause billions of dollars in damage annually, so new technology is highly sought after.

While this is a first-of-its-kind accomplishment, not everyone is readily on board with it.

“They only showed 50 meters of [guiding] length, and most lightning channels are kilometers long,” says atmospheric and space scientist Robert Holzworth of the University of Washington in Seattle.

Scaling up the laser system to have a useful reach will take more research and much more work. However, Houard says this laser is “a first step toward a kilometric-range lightning rod.”

The device weighs more than three tons and is about the size of a large car. Trumpf Group, a German industrial machine manufacturing company, is a major help to the team — without them, there would be no lasers to use. The experiments were also done in collaboration with ArianeGroup, an aerospace engineering company.

Another concern is interference with airplanes in flight — when the laser was tested, air traffic was put on pause. Houard says the laser could cause harm to pilots if they were to fly over the laser beam and look down. Houard says that 10 to 15 years more work is required before the laser can be commonplace due to some of these concerns.

Amazon to lay off staff in US, Canada and Costa Rica by end of day