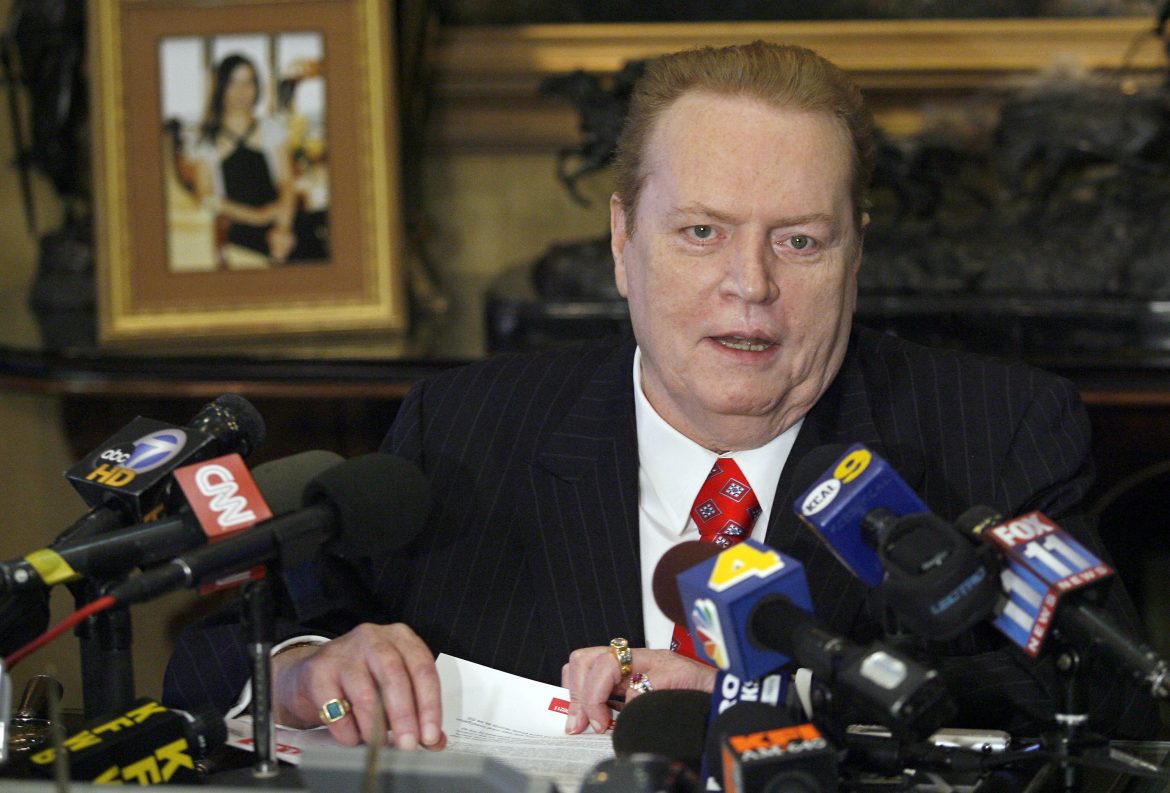 Many news outlets have reported Wednesday’s death of Larry Flynt, founder of the pornographic magazine and business Hustler, remembering him as a champion of free speech.  We at FISM cover the true legacy of this notorious misogynist.

Born in 1942, Flynt and his brother Jimmy built a strip-club empire in the late 1960s. Soon thereafter, Flynt created a pornographic newsletter called Hustler as a companion, which would grow into a lucrative magazine.  The Hustler empire would become infamous for its unabashed exploitation of women, explicit misogyny, and blatant raunchiness.  Even in the dark underworld of pornography, where sex slavery is rampant and human beings are exploited for pleasure and money, Hustler would stand out by consistently pushing the limits on vulgarity and perversion.

Flynt’s life was rampant with the licentiousness to be expected of a professional pornographer.  In 1977, after creating a multi-million dollar pornography machine, he made a false profession of Christian faith before renouncing it the following year.  In 1988, he was involved in a publicized lawsuit with evangelical televangelist and founder of Liberty University, Jerry Falwell Sr., for publishing a parody add claiming he had a sexual encounter with Falwell’s mother.

Throughout his life, he believed himself be an advocate of the First Amendment rights of free speech, and never once exhibited remorse for his debased career path.  Evidently, many were, and still are, appalled by his actions.  Dawn Hawkins, executive director for the National Center on Sexual Exploitation, referred to Flynt as “a scourge on society” who “profited from the sexual exploitation of women for the majority of his career.”

Flynt was married five times.  He is survived by his fifth wife, Liz, and four children.

US and Iran Face-Off Over Nuclear Deal