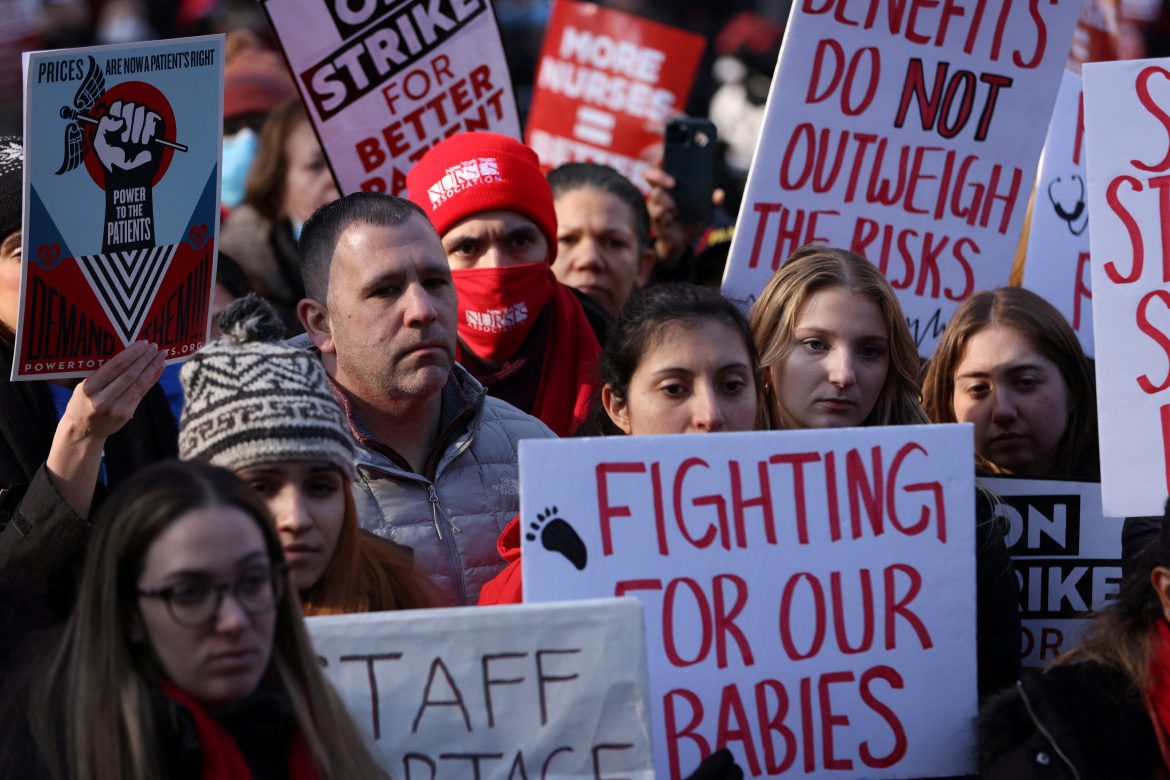 A strike involving over 7,000 nurses at two New York City hospitals has ended after three days, as they reached tentative deals with hospitals over staffing levels, the New York State Nurses Association (NYSNA) said on Thursday.

Nurses at Montefiore Medical Center in the Bronx and Mount Sinai Hospital in Manhattan head back to work on Thursday morning after reaching an agreement for “enforceable safe staffing ratios”, the NYSNA said in a statement.

“Through our unity and by putting it all on the line, we won enforceable safe staffing ratios at both Montefiore and Mount Sinai where nurses went on strike for patient care,” NYSNA President Nancy Hagans said.

Montefiore also agreed to new language and financial penalties for failing to comply with safe staffing levels, community health improvements, and nurse-student partnerships to recruit local Bronx nurses to stay as union nurses at Montefiore for the long run, the association said.

The nurses went on strike on Monday after contract negotiations stalled over pay and staffing levels, forcing Montefiore to reschedule all elective surgeries and procedures and postpone appointments at ambulatory locations.

In remarks after the agreement was announced, New York Governor Kathleen Hochul praised the deal “to get thousands of nurses back on the job where they want to be” to aid patients.

Hochul said the 3-year contract could also help the state address the healthcare workforce shortage with better wages and conditions that could draw more workers, adding: “Know you are respected, know you are appreciated.”

Union officials and members also praised the settlement in remarks along with the governor, calling it a “historic contract” that recognized nurses’ work, especially in the wake of the COVID pandemic.

“This is a big win for the patients,” one Mount Sinai Hospital nurse told reporters.