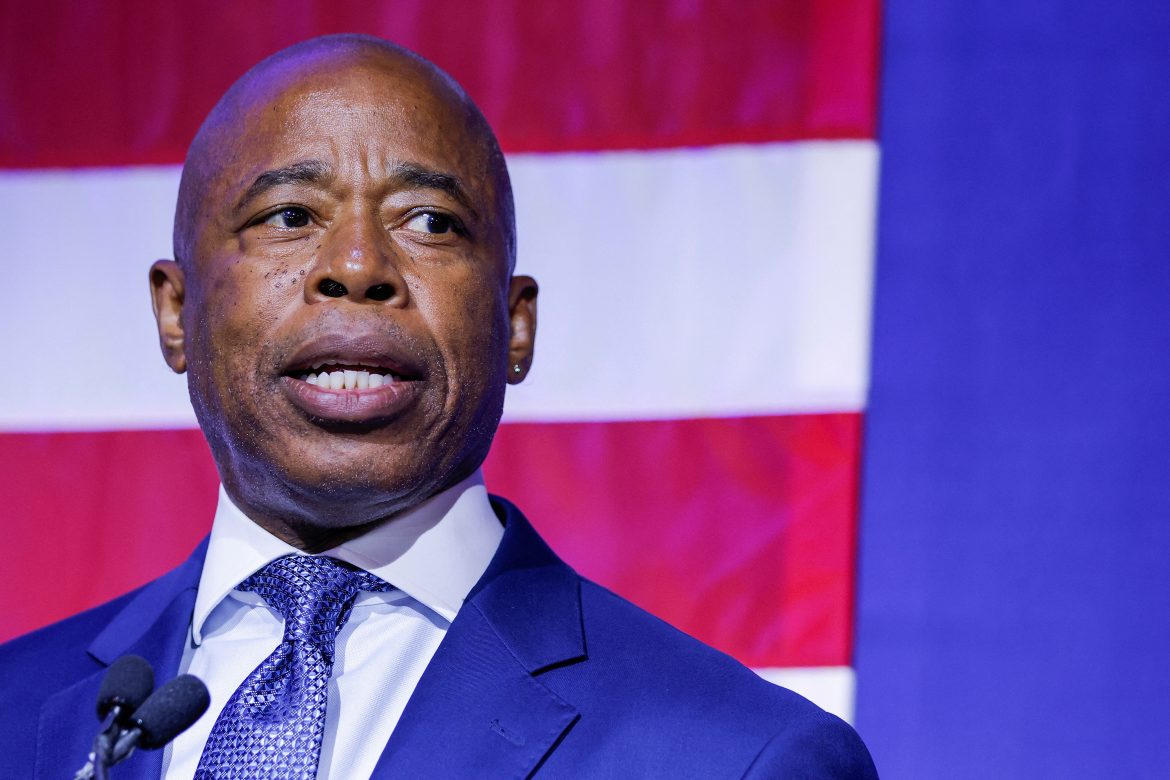 New York City Mayor Eric Adams took aim at the state of Kansas on Tuesday saying the state “doesn’t have a brand,” drawing ire from Midwesterners.

“We have a brand. New York has a brand and when people see it, it means something,” Adams said. “Kansas doesn’t have a brand,” he said, then laughing to himself. “When you go there, you’re, ‘OK, you from Kansas?”

His comments came during a press conference on Tuesday while discussing his Sunday visit to storm-torn Puerto Rico, where Adams wore a polo with “MAYOR” on the back.

“First of all, I just want to say my wife went to Kansas and I have to defend them. Kansas does have a brand. It’s the rectangle next to the other rectangle,” Kimmel joked.

“But more importantly, what did Kansas do to deserve that? I mean, they’re minding their own business and then they get an unprompted attack from the Mayor of New York,” he said.