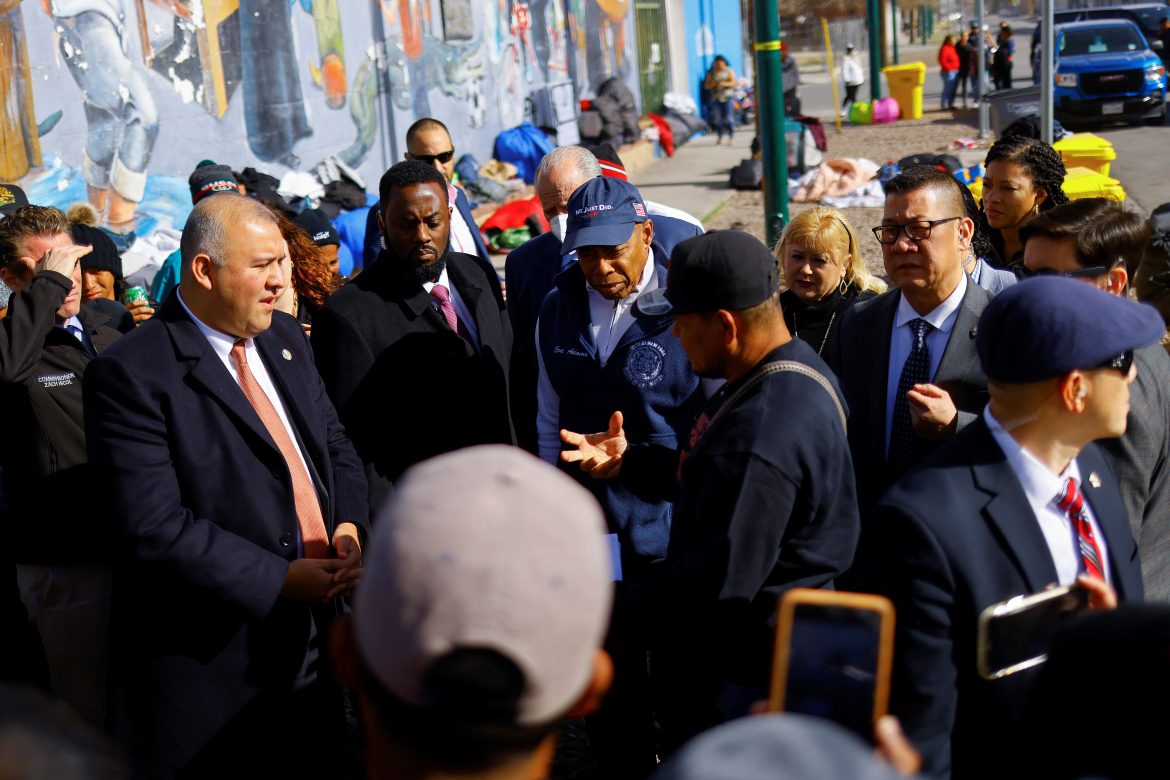 New York City Mayor Eric Adams visited the southern border this weekend, where he called on the federal government “to do its job” and fix the border crisis.

On the ground in El Paso last night. This is a national crisis and we need a national solution. Mayors like @OscarLeeser and I are on the front lines and we need federal support. pic.twitter.com/MkD8xZelNf

Adams called out the Biden administration’s lack of direct action, saying, “now is the time for the national government to do its job.”

Adams has become increasingly vocal about the border crisis, since border states like Texas and Arizona began busing illegal immigrants to his city last spring.  Adams has decried the practice as “cruel.”

According to the mayor, 40,000 migrants have arrived in New York since the spring, with more than 3,100 arriving in one week alone.

“We are at our breaking point. Based off our projections, we anticipate being unable to continue sheltering arriving asylum seekers on our own and have submitted an emergency mutual aid request to the State of New York beginning this weekend,” Adams said in a statement last Friday. “This type of request, reserved only for dire emergencies, asks the state for support to shelter arriving asylum seekers as the city faces an immediate need for additional capacity.”

Adams estimates the influx could cost the city up to $2 billion.

“That money comes from our schools. It comes from our public safety, our hospitals, our infrastructure, our ACS services, those are our tax dollars that it’s coming from and we got to see an impact in every service we have in the city,” Adams said in a radio interview last week.

“The federal government should pick up the entire cost,” the mayor during his El Paso presser, adding, “This is a national crisis.”

Adams will be in Washington D.C. this week, where he will bring up the issue of the border with the U.S. Conference of Mayors and the African American Mayors Association.