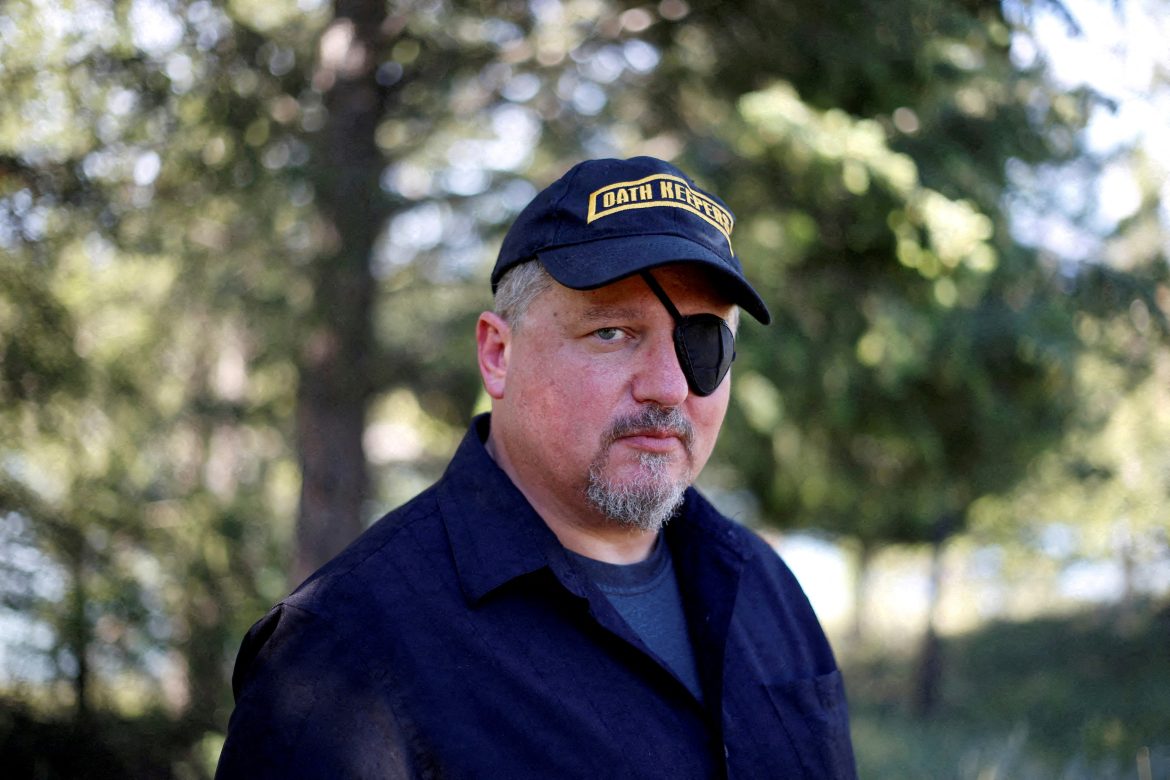 Stewart Rhodes, the founder of the U.S. far-right Oath Keepers group, told a jury on Monday he never ordered members to storm the U.S. Capitol on Jan. 6, 2021, and he thought it was “stupid” that some of them decided to enter the building.

Rhodes, a Yale Law-educated former U.S. Army paratrooper, is on trial along with Oath Keeper associates Thomas Caldwell, Kenneth Harrelson, Kelly Meggs, and Jessica Watkins on multiple charges in connection with the riots by supporters of then-President Donald Trump at the U.S. Capitol.

In his second day of testifying on the stand in his own defense, Rhodes called the events of Jan. 6 “horrific” and said anyone who tried to assault police officers that day “should be prosecuted.”

“I didn’t want them to get wrapped up in all the nonsense with the Trump supporters around the Capitol. I wanted to keep them out of that. Idle hands are a devil’s playground,” Rhodes said.

The five Oath Keeper associates are facing felony charges including seditious conspiracy, which carries a sentence of up to 20 years in prison.

The government contends the Oath Keepers plotted to use force to stop Congress from certifying President Joe Biden’s election victory, with defendants Meggs, Watkins, and Harrelson entering the building clad in tactical gear.

Prosecutors also allege the Oath Keepers staged a “quick reaction force” in a nearby Virginia hotel, a plan which entailed stockpiling firearms that could be ferried across the river into the capital if needed.

Rhodes testified that on Jan. 6, Meggs was supposed to oversee a small team of Oath Keepers who were tasked with providing security to the entourage of Ali Alexander, a leading Stop the Steal pro-Trump activist who denied Biden’s election victory.

But Rhodes said he could not locate Meggs or hear him over the sounds of the crowd once he reached him by cellphone.

It was not until later in the day, Rhodes said, that he learned Meggs had actually breached the building.

“Was there a plan to go in and disrupt the election?” Rhodes’ defense attorney Phillip Linder asked.

When Linder asked Rhodes how he reacted to the news that Meggs had breached the Capitol, Rhodes recalled telling him: “That was stupid.”

Prosecutors have sought to portray Rhodes as a radical far-right figure who has repeatedly voiced support for the use of force against the government, including on Jan. 6.

During cross-examination on Monday, prosecutor Kathryn Rakoczy tried to poke holes in Rhodes’ testimony by pointing to inflammatory statements he had made that could be seen as contradictory.

The Oath Keepers since its founding “took a tone of forcible opposition against the government, isn’t that correct?” she asked.

“That is not correct,” Rhodes said.