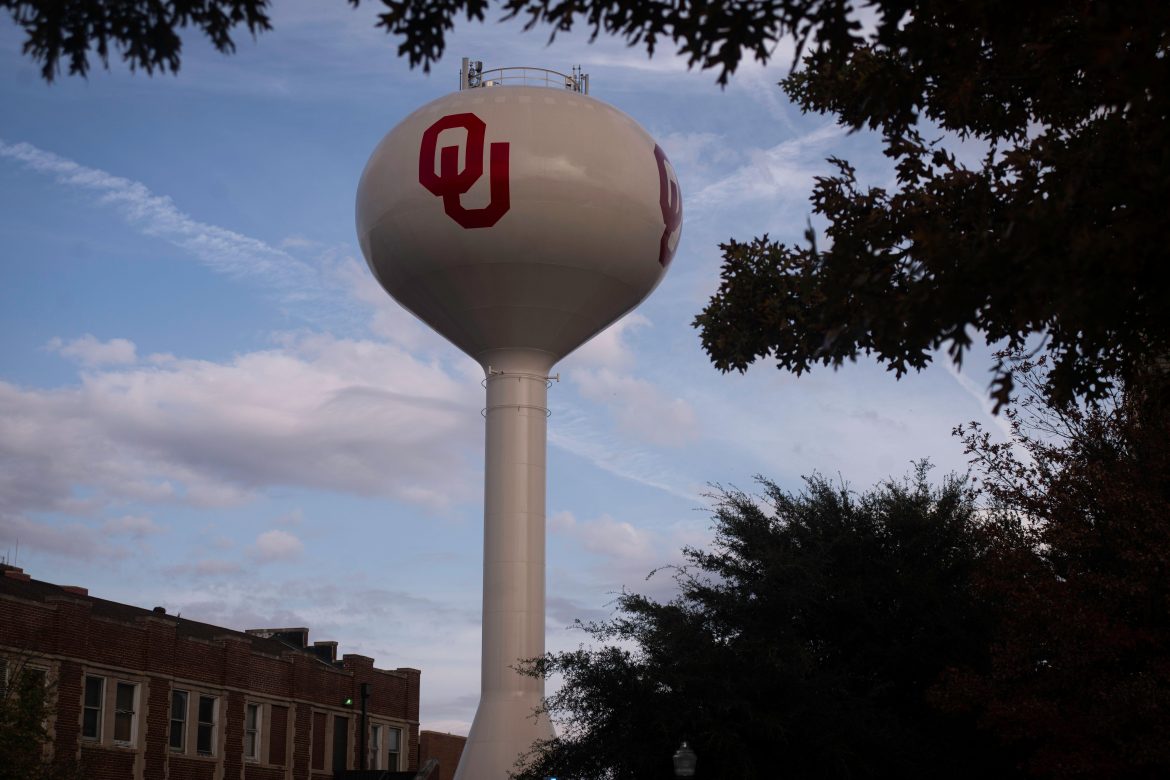 Fueled by their faith in Christ, the Oklahoma Sooners softball team won their second consecutive NCAA title last week to cap off one of the most dominant seasons in college softball history.

Throughout the Women’s College World Series championship, several players did a rowing motion when they reached base, got a clutch hit, or made big plays.

After defeating unseeded Texas 10-5 in the title game last Thursday, pitcher Jordy Bahl explained the significance of the gesture.

“In the Bible, it talks about when Peter walks on water and so he’s in the boat, it’s night time, there’s a storm and they see Jesus walking on the water toward them and they think it’s a ghost at first but then he says: ‘Don’t fear. It’s me,'” Bahl said, referring to Matthew 14:22-33.

Bahl, the NFCA Freshman of the Year, and several of her teammates held Bible studies throughout the season led by chaplain Sarah Roberts.

“I’ve seen lives change. I’ve seen kids being baptized. I’ve seen their Bible study groups,” said Oklahoma coach Patty Gasso, who has guided the program to six national titles since 2000. “It’s incredible, and it’s not like we’re trying to force anything on anyone, it’s just how this team is and who they are.”

Gasso gave senior shortstop Grace Lyons credit for playing an instrumental role in the team’s spiritual development. Lyons started her own brand named BATL, which stands for “Boast About The Lord.” The slogan is inspired by 2 Corinthians 10:17: “Let the one who boasts boast in the Lord.”

“Every day I’m out on that field, my goal is to glorify God,” Lyons shared on her Instagram page.

Outfielder Jayda Coleman, who made spectacular defensive plays in the clinching game, revealed on Instagram that she dedicated her life to Christ on Easter and planned to get baptized after the season.

The team celebrated the championship on the field by singing Casting Crown’s song: “Nobody but Jesus.”

That was a fitting way to finish a record-setting season that has many softball analysts calling them the best team in NCAA history. Oklahoma went 59-3, winning 40 games by the mercy rule. The Sooners hit 155 home runs, had 33 shutouts, and threw eight no-hitters.

They won games by 19, 20, and 21 in the World Series before the five-run victory over Texas to seal it.

“I’m going to let you decide,” Gasso told reporters after the game. “You guys all have the stats and all that stuff. I could rank them very, very high, if not the highest, because everything they do looks so easy to me and they do it so fast.”