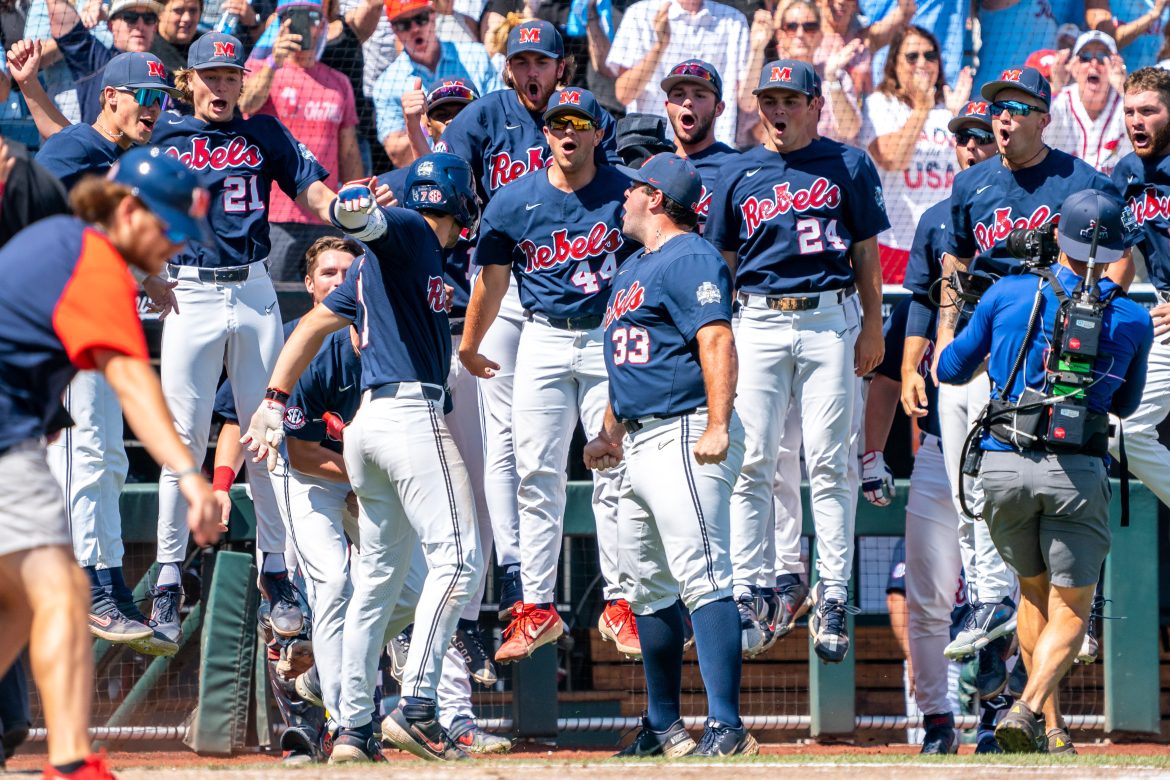 The college baseball season has come to a close, as the Ole Miss Rebels captured the school’s first ever NCAA baseball national championship by defeating the Oklahoma Sooners 4-2 on Sunday. Ole Miss became a Cinderella story in the championship tournament, as they were the final team to make it into tournament play.

Team captain and slugger Tim Elko, a senior, said after the win, “There is so much to be said for how much we overcame this year, how much we had to fight through, how much we had to pick each other up and never let ourselves get down. The story of our season is going to be told for years and years to come.”

The Rebels entered the 9th inning of the championship game ahead 4-2 thanks to an 8th-inning rally in which the team plated three runs.

This set the stage for pitcher Brandon Johnson. The senior from Cottondale, Alabama, faced three batters and struck out all three to set off a wild celebration in front of the 25,000-plus fans at Charles Schwab Field in Omaha, Nebraska, the majority of whom were Rebel faithfuls.

OLE MISS HAS WON THE COLLEGE WORLD SERIES. WHAT A SCENE IN OMAHA pic.twitter.com/79watac50D

Coach Mike Bianco said of his team’s improbable playoff run, “I think they’ve showed a lot of people that you can fall down, you can stumble, and you can fail, but that doesn’t mean you’re a failure. If you continue to work hard, you continue to push and you continue to believe, you can accomplish anything. That’s not some poster or some tweet to motivate you. We’ve all heard that. These guys have lived that this season.”

The Rebels became the second team in a row from the state of Mississippi to bring home the baseball national championship, after Mississippi State’s victory in 2021.