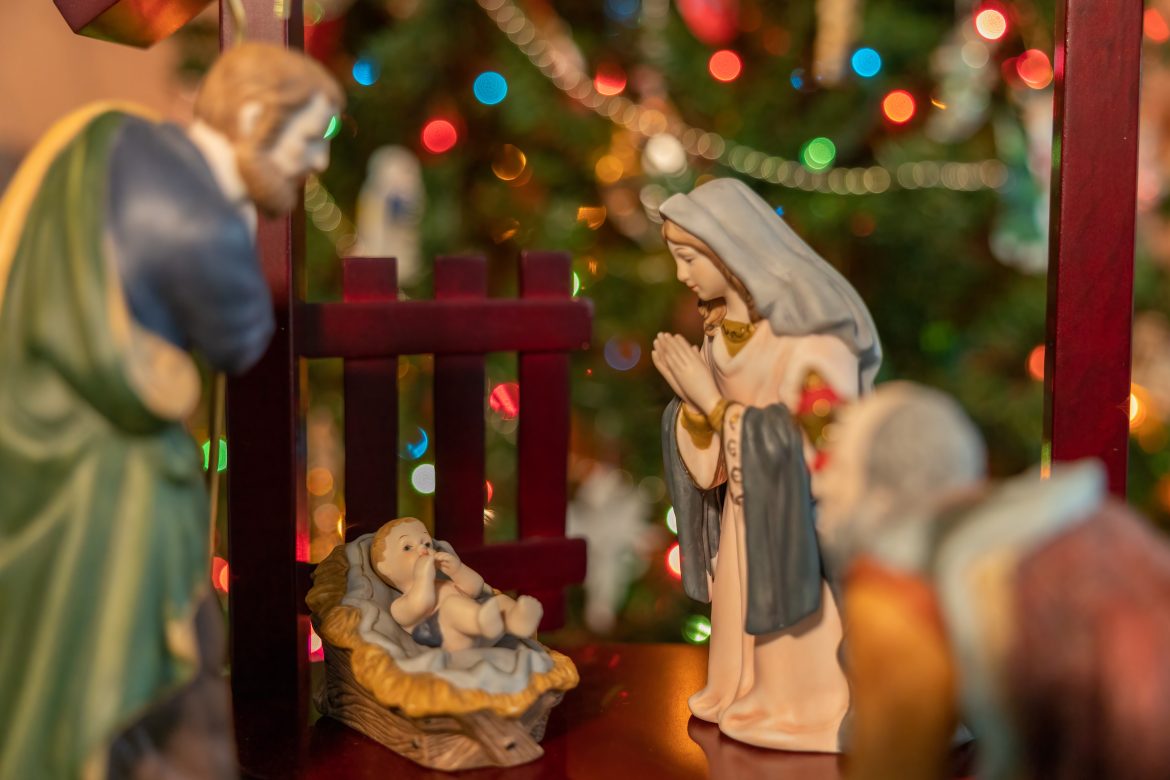 In the midst of holiday errands, Christmas parties, pageants, and more, it can be difficult to find a moment to rest. That’s why it’s important to make time for Christ at Christmas by reading the Nativity story from the Bible.

This is one of two big holiday traditions my family did on Christmas day while growing up.

Each Christmas morning, my brother and I got to open our stockings as soon as we woke up. From that moment on, though, the morning became a battle of wills between adults and children as our parents tried to delay gift opening for as long as possible. First, there was a large breakfast that needed to be cooked.

We would slowly eat this breakfast and then, of course, we had to clean up the food, dishes, and kitchen.

Reading from the Bible was the second big tradition and the final thing that had to be done every Christmas before gifts could be exchanged.

As we gathered around the Christmas tree with the porcelain nativity set in view, my Dad would open his Bible to Matthew, Luke, Isaiah, or even Genesis one year.

That brief pause between the chaos of our games and the excitement of tearing through wrapping paper and tissue paper became one of my favorite parts of Christmas. In fact, it doesn’t feel like the Christmas season to me without it.

A Christmas season without taking a pause to reflect on Christ’s great love and sacrifice has been divorced from the reason we celebrate.

It’s been said that the Christian faith all rests on the fact that Christ “existing in the form of God did not consider equality with God” as something to be used for his own selfish purposes but instead took on the “form of a slave” to “die on a cross,” as Philippians 2 powerfully expresses.

But one of the most important facts leading up to this is that Christ was born into the world as a tiny and helpless infant.

It’s an event that was prophesied in parts across hundreds of years of Israelite history. It was so momentous that Isaiah 9:2 compared it to a “great light” that dawned on people “living in the land of darkness.”

It is both a happy moment of life defeating death, but also the start of great pain that Jesus took upon Himself. The latter half of Isaiah 53 tells that Jesus would be a servant that knew what it was like to suffer public rejection, physical suffering, and sickness.

He chose to do that out of love for us.

This is why we celebrate Christmas: because it is a reminder of the greatest gift we could ever receive.

Don’t lose that gift among all the others this weekend. Take time to read the Bible nativity account as part of your holiday celebrations this year.

A Moment in History Special: The First Christmas