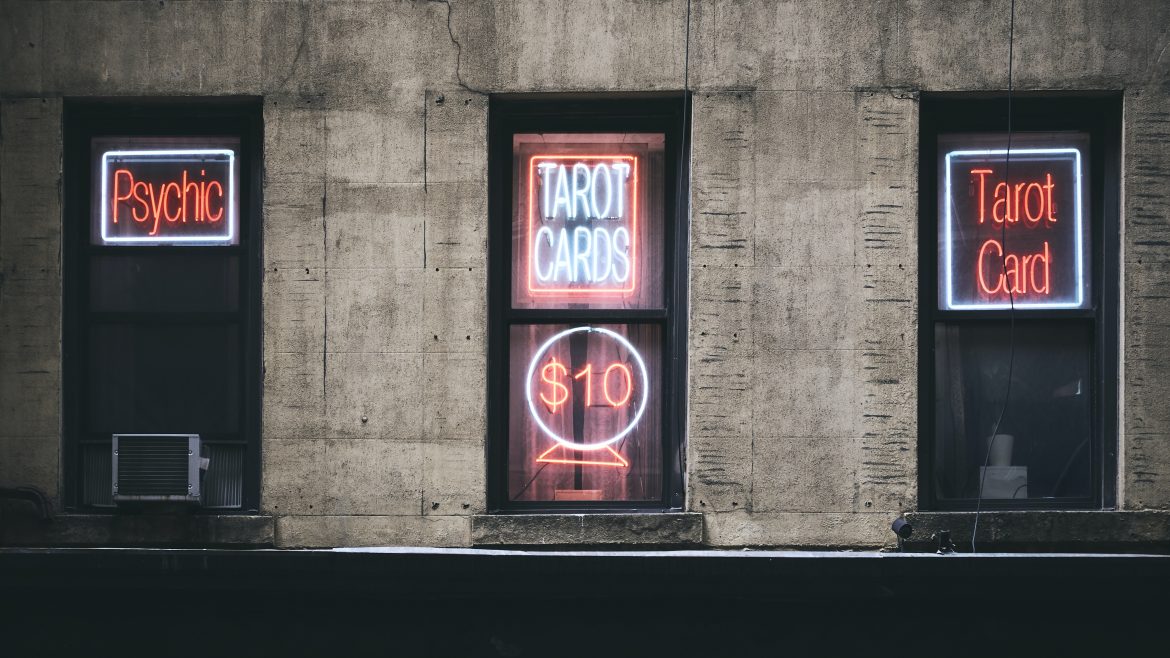 As sure as New Year’s Day is on Jan. 1, the mainstream media will mark the changing of the calendar by wondering aloud what 2023 holds.

In a change of pace, the normally secular American press will take a sudden interest in certain spiritual matters, specifically the prophecies of fortune tellers whose predictions are about as useful as a muffler on an electric car.

Take a look around the internet if you have a moment and see how many secular news sites have articles highlighting what Nostradamus, zodiac fortune tellers, or Baba Vanga predicted for 2023.

No less than the Economic Times and New York Post have delved into Nostradamus, who has maintained a baffling grip on the human imagination since he went into the presence of our Lord in 1566. Where he went from there is a matter which only he and the supreme judge of the universe know.

One can find few more ironic realities than an America in which the one time the press takes an interest in matters of the spirit, it’s to recount what a long-dead occultist might have predicted for the coming year.

To call addressing Nostradamus’ predictions an exercise in pointlessness is putting it mildly.

First, it’s nearly impossible to tell which predictions are from Nostradamus, which have been just made up, and which (if any) are actually meant to apply to the specific year 2023.

Ultimately, it really doesn’t matter, because no matter who wrote the predictions or when they’re alleged to come true, each is based on nothing more than vague assertions that can be twisted to apply to almost anything.

More often than not – as in almost always – these hogwash “predictions” are used by contemporary hucksters – con artists with books, political theories, and faux religions to sell – as a means of retconning history so that everything points to the fraudster’s nonsense being true.

Take a look at what numerous media outlets report Nostradamus predicted for 2023:

In each case, the prediction is worded in such a way that it can be deemed true on a metaphorical basis, an excellent little rhetorical trick for those years when literal calamities do not occur.

The first prediction is so open to interpretation, it could be “confirmed’ by something as simple as a scandal befalling any royal family in the world. The second prediction is already being pointed to as evidence Nostradamus foresaw climate change.

As to the third, which is comparatively more precise, before you start looking for apocalyptic happenings outside your window, you should know that Nostradamus has been predicting, or appearing to predict, the coming of the antichrist for centuries.

If all of Nostradamus’ antichrists had appeared in the years when they were supposed to, we’d be overrun with them.

Instead, we are left to tread in a sea of cryptic quatrains, none of which contain the slightest hint of prophecy and, in fact, are written so as to put the onus on the reader to believe rather than the writer to prove.

And this is a necessary arrangement for the would-be soothsayer. As he has nothing of substance to offer, it’s important he say quite a lot.

It’s remarkably easy to approximate the tone of a bogus “seer.” One need only write in a vaguely poetic way, lean into the mystic language, and hope you can scare the daylights out of enough already frightened people to become a legend.

Here are three statements from the writer of this commentary. None of these is an actual prediction and none took more than a minute to concoct. But each of which could easily be manipulated into seeming like the work of a skilled foreteller no matter what happens in the future:

By now, you’ve likely picked up on the scam, but for the sake of hammering out a thesis, here is what each of the three “predictions” could mean.

Anything. Any one of those statements can be used to mean anything by anyone. The secret ingredient is everyone else’s faith, not the so-called seer’s gifts.

Yes, says the person who truly believes the fortune teller hype, but you admit to not having the gift of prophecy. So true, and neither does any other charlatan who has slithered into the public conscience with “predictions” in the past several centuries.

THE BIBLE HAD IT RIGHT

That we make legends of people who should have long ago been lost to history is but a secondary portion of the problem.

Giving these hucksters credence necessarily takes away focus from the one true God, who did bless some with the gifts of prophecy. The Bible is clear on this.

But the prophecies are in the Bible. If one has a pressing desire to know what is to come, go there. Many Biblical prophecies have actually been fulfilled, and not in vague, arguable ways.

When the Lord says a nation will be left desolate, He names names, and the place is left in the state he promised. When He says a virgin will give birth to a savior, this is precisely what happens.

If you receive a prophecy from God, you can run with it. If it comes from any other source, you should just run.

The truth is that looking to the future and trying to find a prediction, at the New Year or any time of year, is foolish and a waste of time, to say nothing of being unChristian and anti-Biblical.

Any form of future telling, even when done in jest, is a form of sin. As outlined in far more detail on ChristianAnswers.net, the Bible is replete with warnings against dealing with the occult, false prophets, astrology, and anything else that seeks to supplant God.

You have God’s words. Rely on those. Anything else is the product of someone with something to sell.

“Do not defile yourselves by turning to mediums or to those who consult the spirits of the dead. I am the LORD your God,” Leviticus 19:31