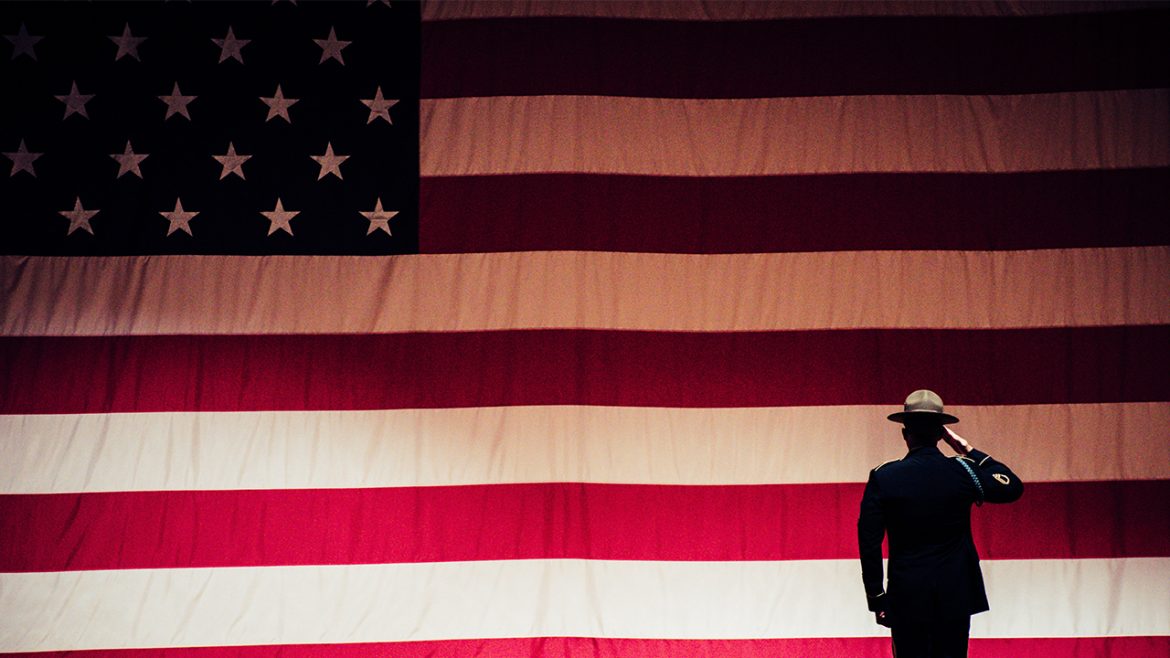 An open letter from former members of the U.S. military released on May 10 is warning American citizens that the nation “is in deep peril.” The letter, signed by 124 retired military members of various ranks, says the U.S. is “in a fight for our survival as a Constitutional Republic like no other time since our founding in 1776.”

The letter is penned by a group known as Flag Officer 4 America, who identify themselves as retired admirals and generals “pledged to support and defend the Constitution of the United States against all enemies, foreign and domestic.”

The letter explains that the current fight in America is “Socialism and Marxism vs. supporters of Constitutional freedom and liberty.” The signatories express concern over the 2020 presidential election and lament that current attempts to secure voting are deemed “racist.” They also say the two bills on voting in Congress, H.R. 1 and S. 1, “would destroy election fairness and allow Democrats to forever remain in power violating our Constitution and ending our Representative Republic.”

The letter goes on to say:

Aside from the election, the Current Administration has launched a full-blown assault on our Constitutional rights in a dictatorial manner, bypassing the Congress, with more than 50 Executive Orders quickly signed, many reversing the previous Administration’s effective policies and regulations. Moreover, population control actions such as excessive lockdowns, school and business closures, and most alarming, censorship of written and verbal expression are all direct assaults on our fundamental Rights.

The signatories also express concerns over China, the border crisis, free speech, the Iran nuclear deal, the Keystone Pipeline closure, troops surrounding over the Capitol, riots, as well as “the mental and physical condition of the Commander in Chief.”

The letter closes by calling for action.

Under a Democrat Congress and the Current Administration, our Country has taken a hard left turn toward Socialism and a Marxist form of tyrannical government which must be countered now by electing congressional and presidential candidates who will always act to defend our Constitutional Republic. The survival of our Nation and its cherished freedoms, liberty, and historic values are at stake. We urge all citizens to get involved now at the local, state and/or national level to elect political representatives who will act to Save America, our Constitutional Republic, and hold those currently in office accountable. The “will of the people” must be heard and followed.

Thanks for stepping up and standing for truth justice and America!

Proud of my grandson and his wife serving in the United States Air Force. These amazing people enlist to uphold the Constitution and protection of the United States citizens from foreign and domestic terror. I have never seen a time like now, with dangerous ideologies to destroy this not perfect yet the only nation where the whole world runs for freedom!

God bless each one of our Military Leaders that are standing for the Construction and change. Beginning when the government decided to down size our military, as an AF Civilian employee, we were proud of our new Air Combat Command at Langley who stood up and said all their civilians were critical to the mission. Each year, I watched many militaries taking an early out of the military Officers and Non-Commissioned personnel due to the early-out bonus offerings. Next, civilians were encouraged to take early retirement as more and more and more contractors filled the positions. Next Civilians were over burdened with more work but no overtime because there were no funds as we were on delayed Continuing Resolution funding for the mission. By mid-1990s there were no military mentors for junior officers and bc of the downsizing no Senior NCOs to mentor junior officers or junior NCOs for the next position up, everyone seemed to be out to benefit their own career. I was redemanded for advising a “USAF Major” about a serious issue, witnessed then relayed to me from my contract personnel concerning a SMSgt and a Senior Airman. The male Major appreciated and trusted me until he shared this matter with his Major fiancée in my squadron. I’m happy to know there are senior leaders who know how to command with the wisdom of our times! Thank God for my thiry-one years as a Civil Servant , retiring in early 2014.