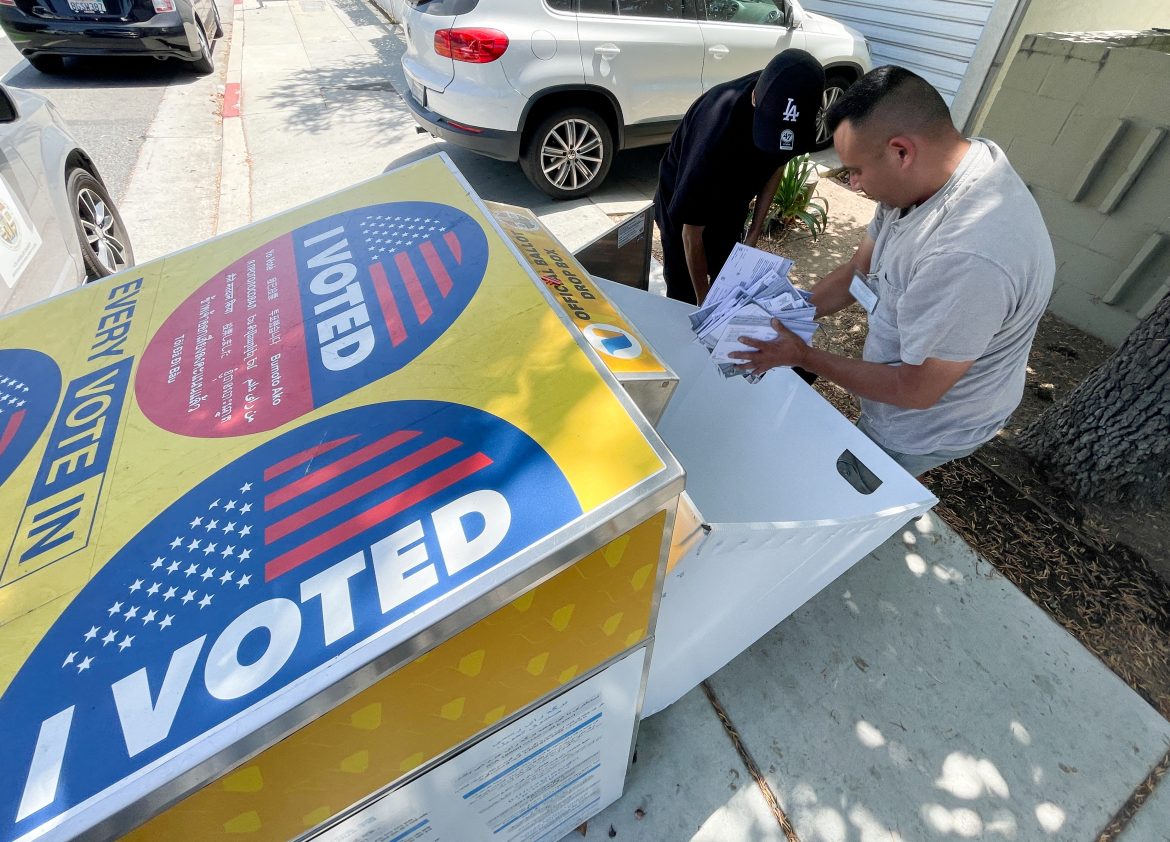 Speculation over the trouble that Democrats may be facing in the upcoming 2022 midterm elections has been given new fuel. According to voter registration data reviewed by the Associated Press, over 1 million voters in the United States have switched to the Republican Party from their previous one in the past year. In contrast, roughly 630,000 voters switched to the Democrat Party in the same time period.

Republican defections took place in 43 states and were most pronounced in suburban areas, which was a key demographic for Biden in the 2020 presidential election.

Evidence of the suburbs quietly pushing to the Republican side of the aisle has been trickling in throughout the year. An April poll from Emerson College showed Trump with a 9-percentage point advantage over Biden in a hypothetical 2024 rematch.

RNC Chair Ronna McDaniel told the AP that she believes the Democratic Party is “woefully out of touch with the American people, and that’s why voters are flocking to the Republican Party in droves.” McDaniel specifically pointed to “Biden’s gas hike, the open border crisis, baby formula shortage, and rising crime” as reasons suburbs will be red for years to come.

One Colorado voter told the AP he reluctantly switched to the Republican Party because he was concerned about soft-on-crime policies and mandatory vaccination pushes from the Democratic Party in his city. Another individual who switched in the same state simply said the Democratic party became “progressive socialism” instead of the traditional party she voted for in 2016.

The AP noted that some of these party transfers are those who wish to simply vote against Donald Trump-backed candidates for office in their districts or states and are not actually defecting to the Republican side of the aisle. While some of these voters are expected to become Democrats again come November, the overarching theme of Republican favorability remains.

Comedian and political satirist Bill Maher also noted the political shift on the June 24 episode of his show, “Real Time with Bill Maher.” Maher stated the recent victory of Republican Mayra Flores in a Texas special election last week, which flipped a once a heavy blue district red, was indicative of a much wider shift away from the Democratic party.

Maher stated the Latino population is flipping sides because it no longer feels represented by progressive Democrats. He noted the fact that the party is more focused on supporting illegal immigration than those in the Latino community who are legally living in the country as one reason for the move. He also pointed out that progressives continue to push the supposedly neutral “Latinx” term though data shows the community has widely rejected it.

He additionally took note that the support of the Democratic party is down 16 points since the 2020 election among Asian Americans, who he said are similarly swapping to the Republican Party. He stated that he believes this is largely due to disagreements that many had with the Democrat-pushed post-COVID school policies which have devalued educational vigor. He also cited the divisiveness of Biden’s student loan forgiveness plan and favorability of the LGBTQ+ community as reasons for dissatisfaction within the party.