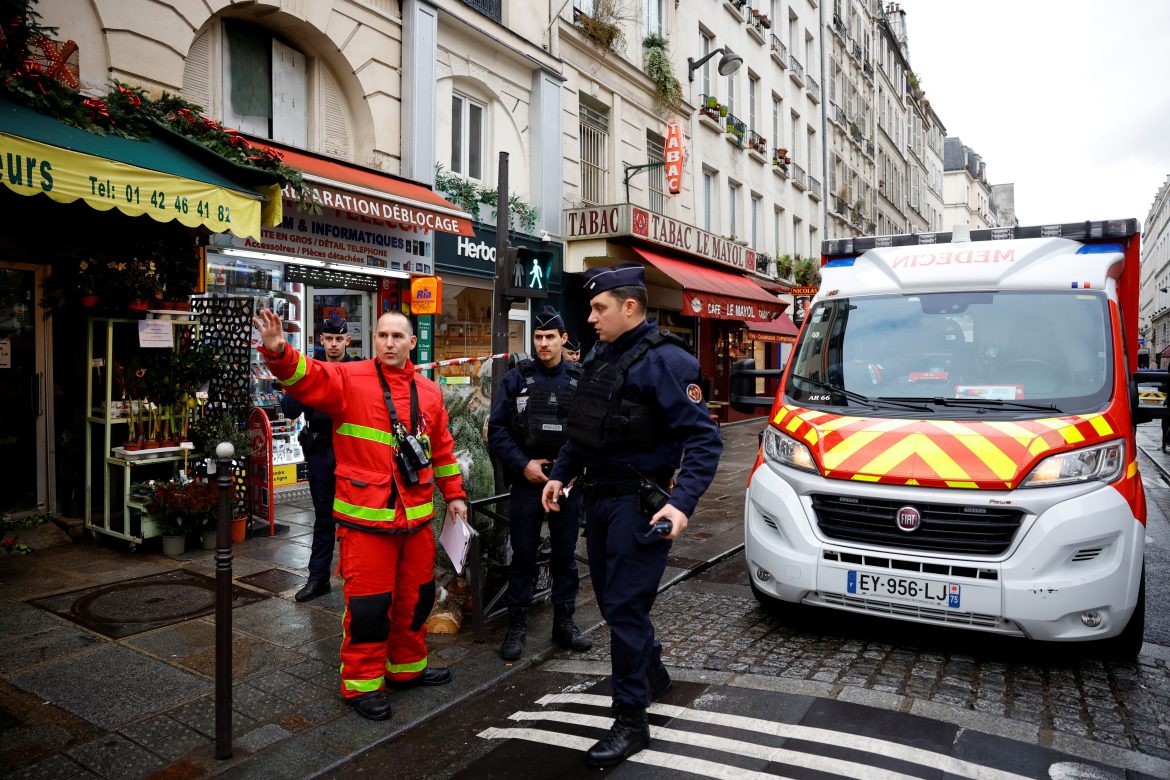 A gunman opened fire on a Kurdish cultural center and nearby Kurdish cafe in central Paris on Friday, killing three people and wounding three others.

Multiple gunshots were fired on Rue d’Enghien, sowing panic on the street lined with small shops and cafes in the capital’s busy central 10th arrondissement, or district. Authorities said they had arrested a 69-year-old man and the incident was now over.

“It was Kurds who were targeted,” Juan-Golan Eliberg, an artist who works at the Kurdish center told Reuters.

The Paris prosecutor said the suspect was previously known to the authorities and that a possible racist dimension to the attack would be investigated.

Julien Verplancke, who works at another local restaurant, Chez Minna, said staff from the Kurdish restaurant emerged from the premise in tears after the shooting.

The incident was a “terrible drama”, district mayor Alexandra Cordebard told reporters. Two of those wounded had suffered life-threatening injuries, she said.

An investigation has been opened into murder, manslaughter, and aggravated violence, the Paris prosecutor’s office said.

The prosecutor said the suspected gunman had been detained a year ago for an attack with a saber on a migrant camp in Paris. Reuters was not immediately able to contact the suspect’s representatives.

BFM TV reported the suspect was a French national.

Armed police were still guarding a security cordon as investigators swarmed the scene.

One witness told French news agency AFP that seven or eight shots had been fired.