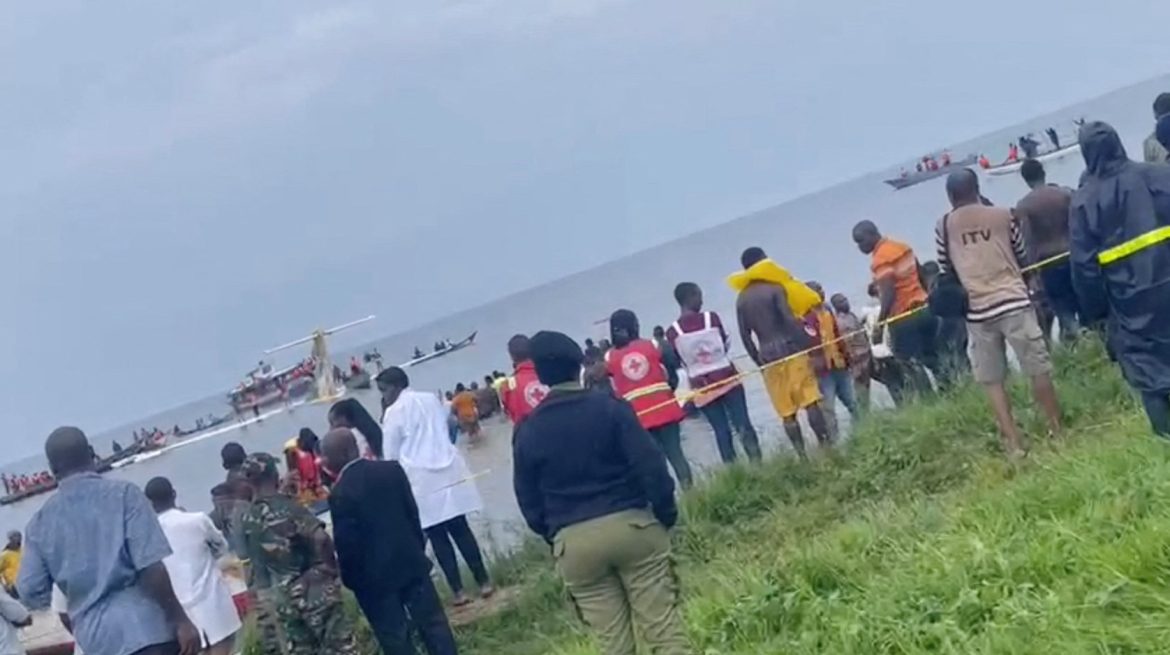 At least 19 people died when a passenger plane crashed into Lake Victoria in Tanzania on Sunday while trying to land at a nearby airport, the prime minister and airline said.

Rescuers in boats rushed to the wreckage, which was almost fully submerged, to pull out trapped passengers, local authorities said.

“All Tanzanians join you in mourning these 19 people … who have lost their lives,” Prime Minister Kassim Majaliwa told reporters in the lakeside city of Bukoba, close to the scene of the crash.

Investigators were looking into what happened, he added.

The plane was carrying 39 passengers, including an infant, as well as four crew members, the airline added. It initially said 26 of the 43 people on board were rescued but later said 24 survivors were reported by emergency services at the scene.

A witness told TBC he saw the plane flying unsteadily as it approached the airport in poor visibility, saying it took a turn for the airport but missed and went into the lake.

Video and pictures on social media showed the plane almost fully submerged, with only its green and brown-colored tail visible above the waterline of Lake Victoria, Africa’s largest lake.

Footage from the broadcaster and onlookers showed scores of residents standing along the shoreline and others wading into the shallow waters to try to pull the aircraft closer to shore with ropes.

The two pilots survived the crash and were in touch with rescue workers from the cockpit before reporting that their oxygen supply was dwindling, Albert Chalamila, chief administrator of Tanzania’s Kagera region, told Reuters. They were dead when rescue workers reached them, but the two flight attendants survived, he said.

Precision Air identified the aircraft as an ATR42-500. The Franco-Italian manufacturer ATR did not immediately respond to a request for comment.

First introduced almost 40 years ago, the ATR42 is the smaller of two series of short-haul turboprops made by ATR, a joint venture of Airbus and Leonardo. The last fatal accident was in 2017, according to aviation-safety.net, a safety database.

“Precision Air extends its deepest sympathies to the families and friends of the passenger(s) and crew involved in this tragic accident,” the airline said. “The company will strive to provide them with information and whatever assistance they will require in this difficult time.”

“I have received with sadness the news of the accident involving Precision Air’s plane,” she tweeted. “Let’s be calm at this moment when rescuers are continuing with the rescue mission while praying to God to help us.”